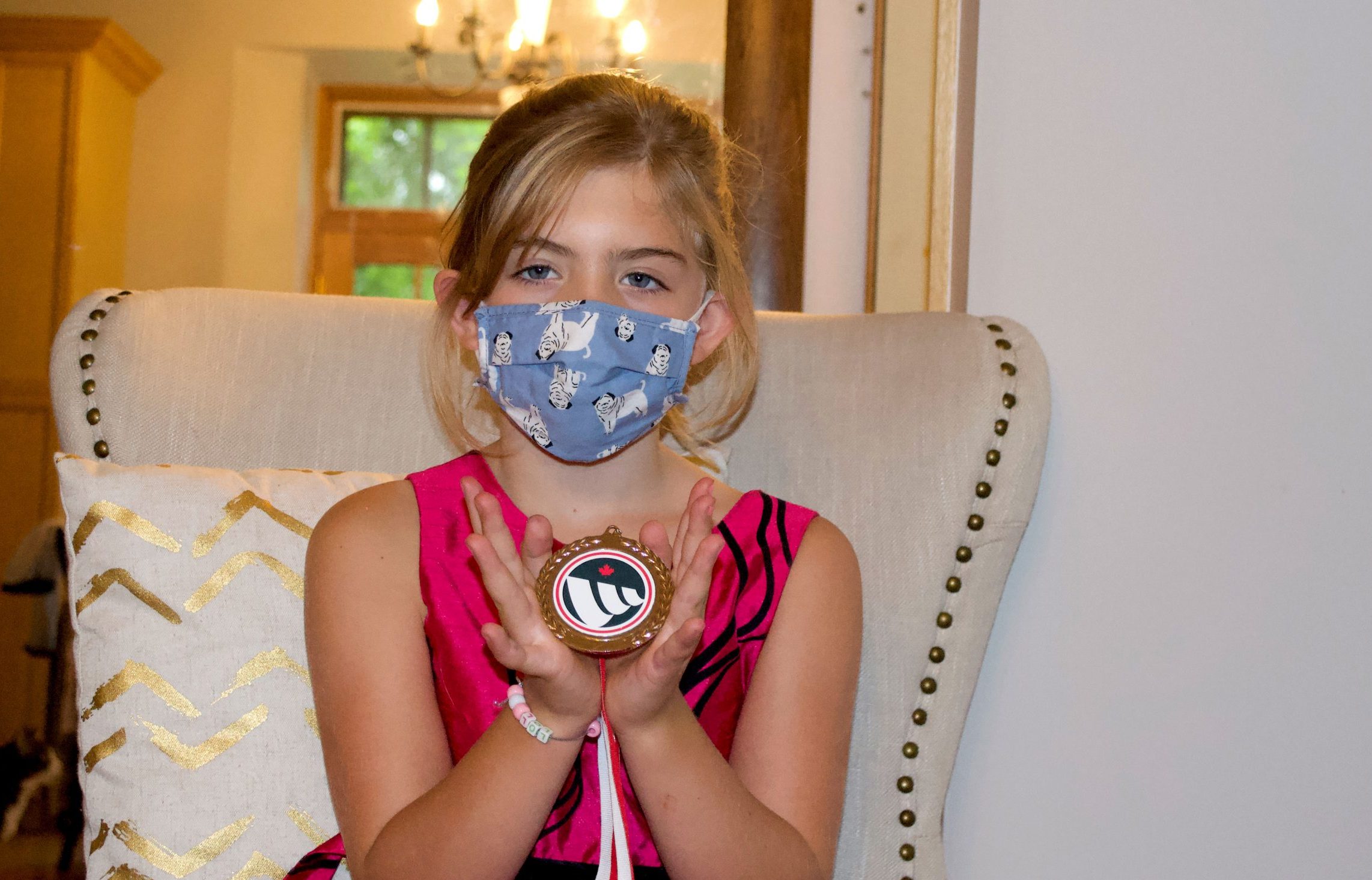 Riders were judged on variety of jumps, personal style and intensity of execution.

“I was a really good wakeboarder then my coach said I was ready for the national championship,” Lauren said on how she got into competing.

Lauren, who only started wakeboarding in early July, is a water sports enthusiast, having previously tried water skiing and knee boarding.

“She was encouraged to enter into the competition last weekend, and she decided she wanted to do it.”

Lauren said it felt good to compete in the championships, where she also made a friend with a fellow competitor.

“She was competing against me, but we sort of thought of it as a friendly competition,” Lauren explained.

When asked to name her favourite thing about wakeboarding, Lauren said she likes everything about it, especially going off jumps. She loves the jumps.

She said one of her favourite jumps is near her cottage where she practices, and the jump is steep with a big drop. 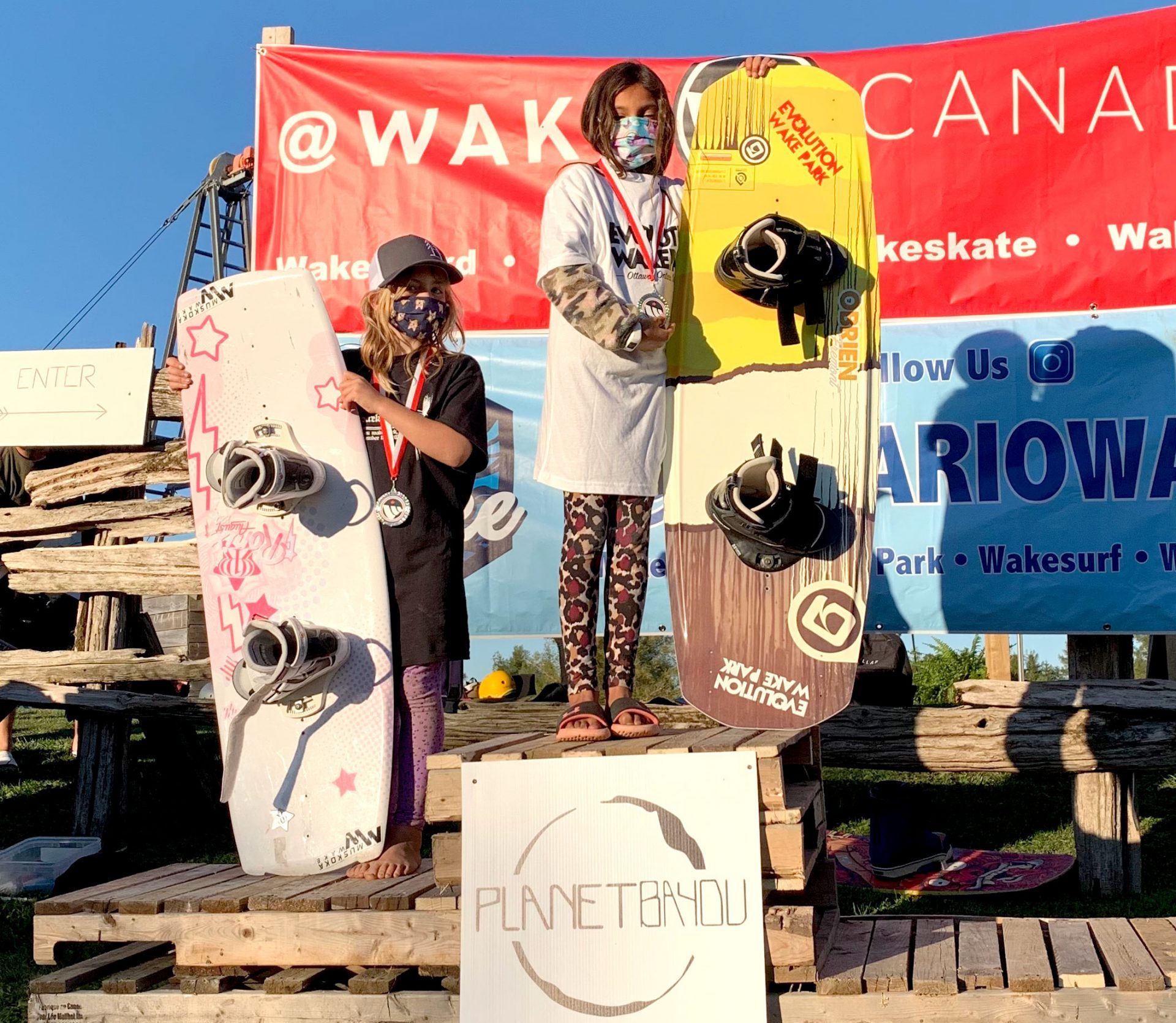 “It’s really hard because sometimes you have to go offside because it’s too hard, but the goal is to make it all the way up and just go off,” she explained.

She said she also likes swinging around buoys because “it’s super fun.”

Lauren competes in cable wakeboarding, which has the rider towed by an overhead cable instead of a boat. She said she also wakeboards with a boat, but she prefers using the cable.

Lauren said while she was practicing, she couldn’t always go to Bush’s Watersports Park in Bala where she would normally practice with the cable, so she did most of her practice behind the boat.

Lauren’s background in water sports proved a benefit when it came to learning how to wakeboard, particularly her knee boarding experience.

“It just helps. I can go over wakes and I guess by going over the knee board wake it helps with going over when you bend down and go over the wakes on your wakeboard,” she explained, adding it gets her acquainted with the movement.

Lauren said it was only the last time she went wakeboarding behind a boat that she learned how to go over the wakes.

“The only time I really made a mistake was when we were turning, and I was on the opposite side of the wake that slowed down and got smaller, so I tried going over the really huge wake and I got ran over.

“But I get so used to getting run over by wakes.”

She’s always looking at doing bigger jumps. Lauren said right now she’s working on grabs, where she holds her board while in the air, and jump starts off the dock.

Lauren said training will start back up in June, adding she’s planning to compete again next year and she’s also looking to join some camps.

“Cable wakeboarding is a fairly new sport and its really great for kids actually because they’re so scared of the boat and when they’re learning on the cable the coach can actually go out right next to them on a paddle board and just reassure them that they’re doing a good job and just encourage them,” Colin explained.

“So it takes away that experience kids go through with the boat. The loud engine and the smoke and everything else and it’s really an accessible sport because of that.

“It’s something that I did growing up and it’s just really special for me that the kids have gotten to a point now where they want to be on the water with me in the boat.”