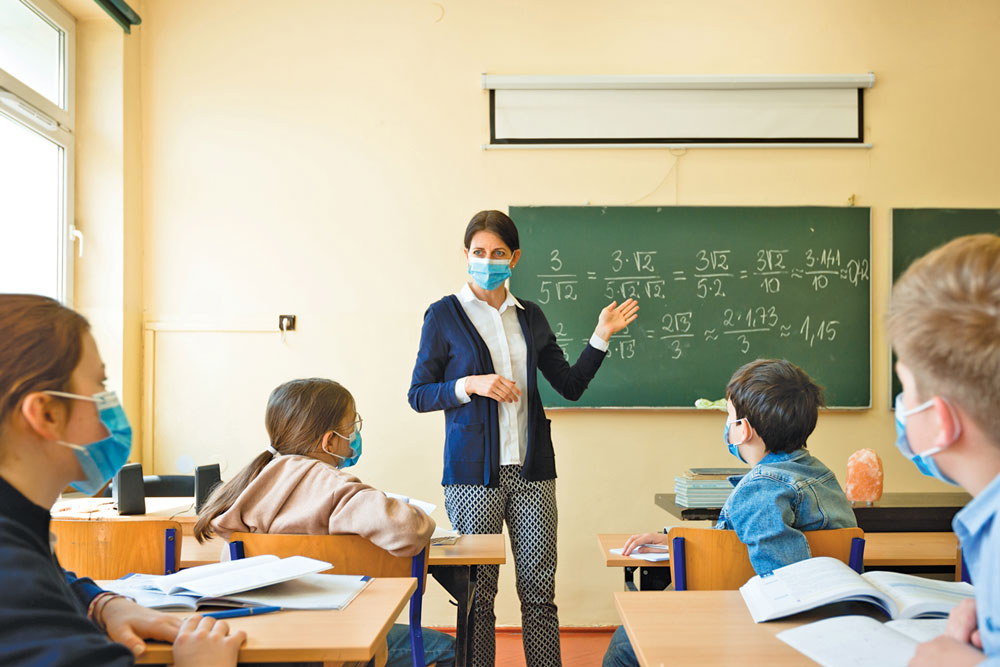 According to publicly available WDGPH data, 60.7% or 8,409 of a total estimated 13,854 secondary students in the health unit’s region are fully vaccinated as of Aug. 6 while another 14.7% or 2,036 have received one dose, leaving a remaining estimated 3,409 secondary students who have not received a single dose. (Metro Creative Graphics image)

WELLINGTON COUNTY – Fear of a Delta-driven fourth wave looms over a return to Wellington County classrooms this fall as public health officials double down on a “call to arms.”

Now the dominant strain of COVID-19 throughout the province, including Wellington County, the aggressive Delta variant has been called a “big problem” by Wellington-Dufferin-Guelph Public Health (WDGPH) officials and a “formidable foe” by Canada’s top doctor Theresa Tam.

New cases are expected to be “concentrated largely in younger, unvaccinated people” with an increase in the fall and winter as restrictions ease, Tam told the country in July.

The province’s top doctor Kieran Moore recently appealed to the to the 12- to 17-year-old age group, saying he’s “worried of the slowing in the vaccination rate” across the province, with around 300,000 secondary school-aged youths having not yet received a single dose as of July 27.

“We still have plenty of time to start first doses and second doses in September if necessary—it will lead to the safest reopening,” Moore said at the time.

Considering minimum waiting periods between vaccine doses and the two weeks for the body’s immunity to ramp up—a collective 42 days at minimum—those who have not received at least one vaccine dose as of July 27 will not be fully-vaccinated by the first day of school.

Vaccinations for students and education staff are not being mandated by the province and Moore has said he does not “anticipate any difference [in] approach” between vaccinated or unvaccinated students within school settings.

“We would not be knowledgeable of their immune status and there shouldn’t be any barriers or stigmatization of children who have not received a vaccine in any way in normal activities throughout the school year,” Moore said on Aug. 4.

Similarly, education minister Stephen Lecce has said “we will not mandate vaccine requirement for schools and for staff at this point” and “we’ll respect the choices individuals will make” while the province takes an advocacy-only approach for jabs.

WDGPH medical officer of health Dr. Nicola Mercer previously hinted at different rules depending on vaccination status back in June, saying unvaccinated children would have “different privileges” when it comes to things like sports.

But a recently released 29-page document from the province, which provides guidance on what a return-to-school will look like for local school boards and public health units, says little of vaccines beyond a mention of them as a way to get back to normal.

The only discernible difference between vaccinated or unvaccinated students to date is a difference in isolation periods should a student encounter a COVID-positive person.

If a student’s test returns positive for COVID-19, they have to isolate at home for a minimum of 10 days, regardless of vaccination status.

WDGPH associate medical officer of health Dr. Matthew Tenenbaum said the unvaccinated could potentially see “a lot more disruption” to the school year as a result.

“We want to show everyone that we’re willing to modify an approach in schools if you’re vaccinated because of how safe we believe these vaccines are and that means you’re going to have an easier, more fulfilling more successful school year,” he said.

Tenenbaum noted everyone is still waiting on the province to release updated outbreak management guidelines, which could alter current practices. The most recent guidelines were updated back in May.

As for staff, both county school boards either said they did not track staff vaccination status or did not have definitive information at the time of publishing. The number of education staff working for either board was also not disclosed.

Ontario Secondary School Teachers Federation president Karen Littlewood stated in an email that although the federation has “no means to track or verify over vaccination rates” of teachers and education workers, it’s believed many are fully-vaccinated.

“We respect the privacy of our members and their individual choice to make autonomous decisions around vaccinations,” Littlewood said.

The Elementary Teachers Federation of Ontario did not respond with comment before publishing time.

According to publicly available WDGPH data, 60.7% or 8,409 of a total estimated 13,854 secondary students in the health unit’s region are fully vaccinated as of Aug. 6.

Another 14.7% or 2,036 have received one dose, leaving a estimated 3,409 secondary students who have not received a single dose.

Another 14.4% or 373 have received one dose, leaving an estimated 835 county secondary students (over 30%) who have not received a single dose.

But with COVID-19 vaccinations only approved for persons over the age of 12, many elementary school students up to around Grade 6 will remain unvaccinated in the classroom this fall.

“We know we’re dealing with a more transmissible version of COVID but the scenario of a class of students with zero per cent vaccination uptake is going to be something we’re very familiar with,” Tenenbaum said comparing the coming school year with last year, which he said did not have “a lot” of school transmission. 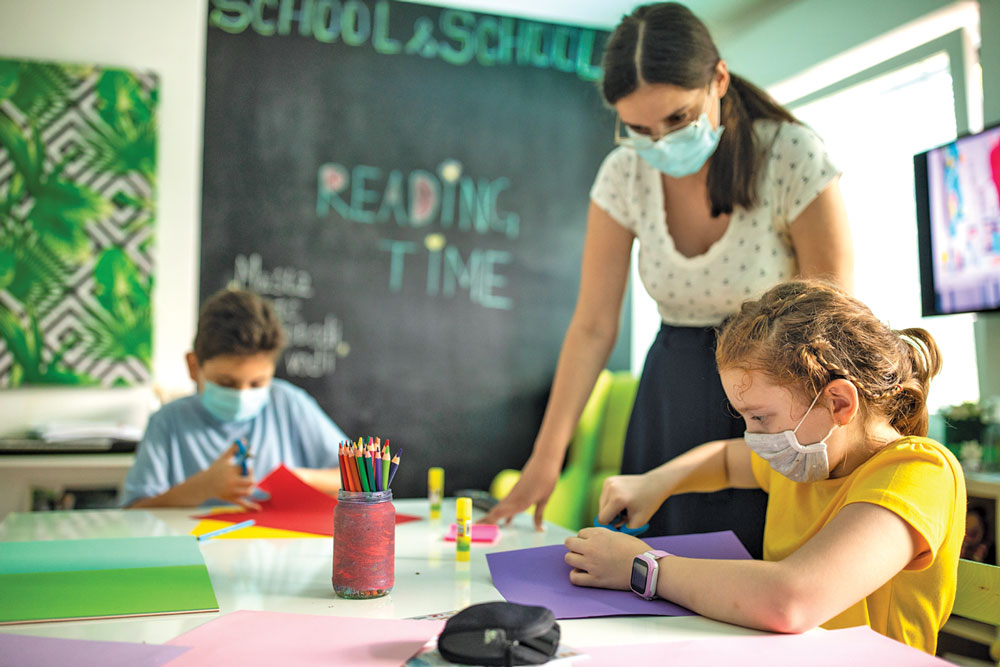 The Pfizer-BioNTech COVID-19 vaccine is the only vaccine approved by Health Canada for use in children 12 to 15 years old. The Public Health Agency of Canada expects to receive submissions from manufacturers for approval of the use of vaccines in children under 12 in the coming months. (Metro Creative Graphics image)

“When it comes to an approach for the scenario that we’re going to be in in the fall, there is no perfect solution, there is no right answer,” Tenenbaum said.

“It’s about managing and mitigating risks—we know Delta is going to be a key concern.”

He added, “Hopefully if we get a vaccine that’s available for under age 12 in the next half-a-year to a year; we’ll be able to develop an approach that makes sense for that age group as well.”

Public Health Agency of Canada spokesperson Anna Maddison told the Advertiser in an email that vaccine trials are underway on children six months and older but “no submission has been received for the approval of any COVID-19 vaccine in children under 12 years of age” as of July 21.

Moore has previously hinted there could be potential emergency approval of vaccine use in children under 12 in the late fall or early winter.

He said the province was “already anticipating the need to vaccinate that age group from five to 12 and [are] working on a plan” with heath partners across the province to ensure wide accessibility.

“There’s a clear message that if we want to avoid Delta in the fall … immunization is the answer—it’s the prevention mechanism against Delta,” added Moore.