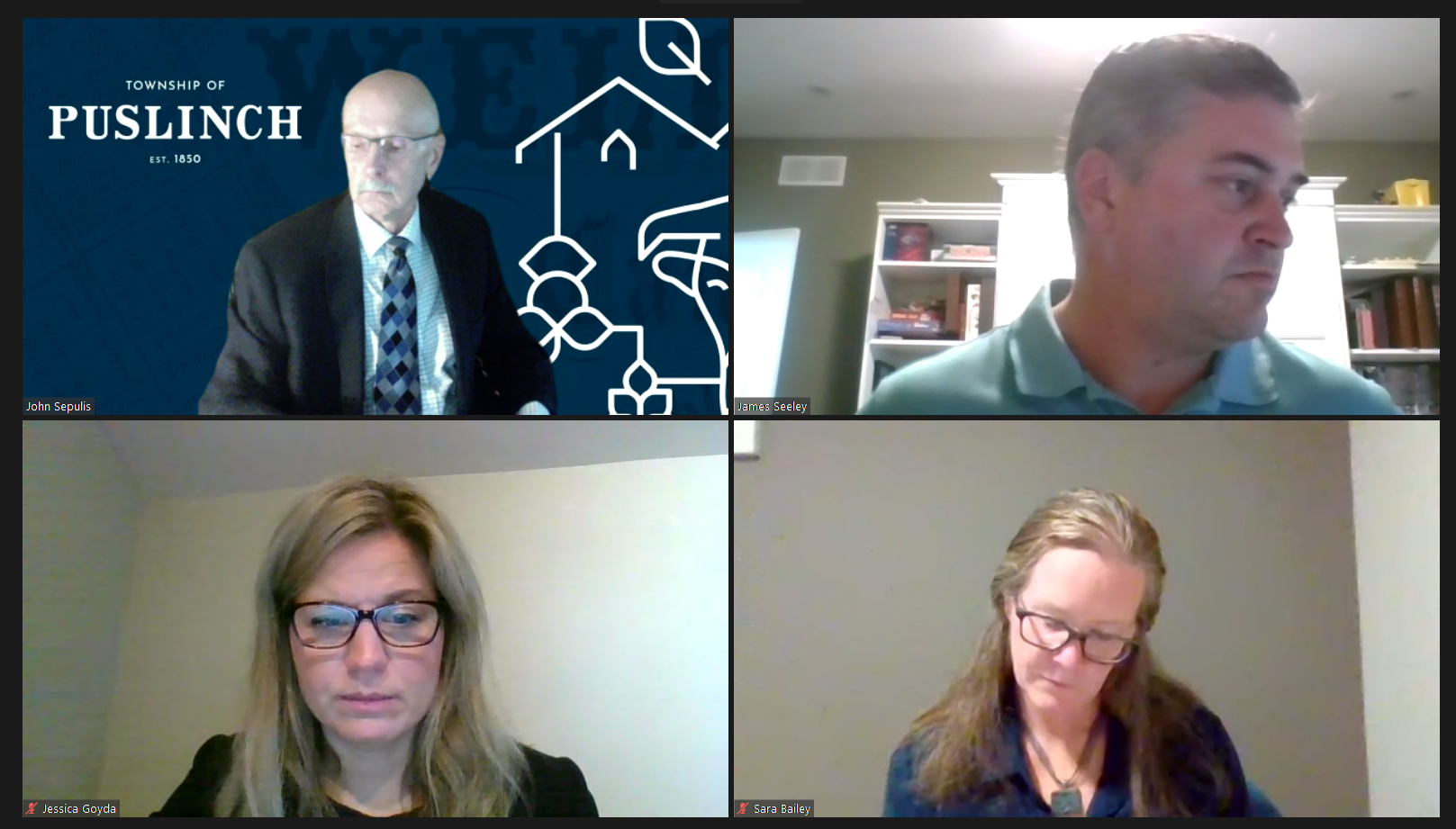 Township staff presented the draft 2022 capital budget on Oct. 27, which includes numerous projects such as improvements to the park at the Puslinch Community Centre for a total $491,000, new bleachers at Morriston Meadows park for $20,000, and $408,000 for rehabilitation of the Kerr Crescent stormwater management facility.

Treasurer Mary Hasan said to cover the capital budget, $483,439 will come from grants, $2 million from discretionary reserves, $938,000 from restricted reserves, and $1.5 million from the tax levy.

She said asset management is within the target range, but it’s a broad range: $2 million to $4 million. She noted that when the Citywide software system is up and running, staff will be better able to zero-in on the condition of its assets and prioritize repairs and replacement, which will also help with budgeting.

Hasan said Citywide is a workplace priority in 2023 and she personally can’t wait for it.

Gravel was a recurring theme in the budget.

Councillor Matthew Bulmer noted aggregate tonnage is increasing at local pits and with such a finite resource, eventually it will run out, meaning the levies the township collects from aggregate companies will also run out one day.

“I compare it to peak oil,” Bulmer said.

“There may come a day when it will decline. That will create a significant hole. How can we prepare for that? And is there a way to capture that in Citywide?”

“Putting more in capital would assist with that planning,” said Hasan.

Mayor James Seeley suggested funding three projects proposed for 2023 from the aggregate levy rather than the tax levy. They include:

– Carroll Pond and Lesic Jassal municipal drain inspections for $9,000; and

“My concern is if the province writes in legislation” about aggregate levies, Seeley said, adding the swap would put less of the levy in the capital budget and more in the operating budget.

If new legislation targets capital budgets, “there would be significant budget difficulty,” he said. “This will leave us in a better financial situation.”

“This is probably a one-shot deal, though,” noted councillor John Sepulis, as council approved the change.

Two studies were included in the proposed capital budget – one called the road diet and one on employment lands.

Both studies are being done in conjunction with Wellington County, but Bulmer thought the county’s position on a road diet through Aberfoyle is opposite to what the township wants, and he didn’t see the need to spend money on potential conflict if expenses need to be trimmed.

“I’d be happy to let the road diet go if necessary,” Bulmer said.

Constructing a nine-hole frisbee golf course in a public park was up for discussion but councillors balked at the price tag, pegged at several hundred thousand dollars including land acquisition.

Bulmer wondered if it might be enough to develop a user policy for frisbee golf and encourage groups to book a field – at no fee – and to use their own equipment to set up a course.

“If people don’t remove (the equipment) it would hinder grass cutting,” said director of public works, parks and facilities Mike Fowler. “But it could be allowed.”

“I like the idea of developing a user policy,” councillor Jessica Goyda agreed. “We can see how it goes. If there’s a demand, then we could look at a more permanent solution.”

Council directed staff to develop a user policy and report back on demand.

Staff had already moved improvements to Borham Park ahead in the work schedule, from 2026 to 2024, but council decided it wants to see those improvements in 2023.

The estimated cost of $230,000 involves modernizing the equipment, including barrier-free components.

Wellington County has been giving Puslinch about $10,000 a year in accessibility grants and staff thought the grant could be applied to this park in 2024.

Bulmer thought the township is allowed to apply for five years’ worth of grants in one application, which would help reduce the cost and move the project ahead a year.

Council directed staff to find out more about funding options including the county’s accessibility grant.

The township is also planning improvements to the playground at the Puslinch Community Centre and staff will see if there are efficiencies or savings if the projects are done in tandem.

Fowler sought permission from council to purchase a new grader and mower ahead of 2022 budget approval.

“The grader is available and in stock now,” he said. “Supplies are drying up. That’s why we are seeking pre-budget approval.”

This would give the township two graders, which would allow snow removal and summer maintenance to be done more quickly and efficiently and improve response times.

Fowler also wants to buy a new mower, which could be attached to the old grader “and put the (old grader) to work in the summer,” he said.

He said the township currently rents a tractor and roadside mower for about $13,000 a year.

Council will discuss the proposed 2022 capital and operating budgets again on Nov. 17.