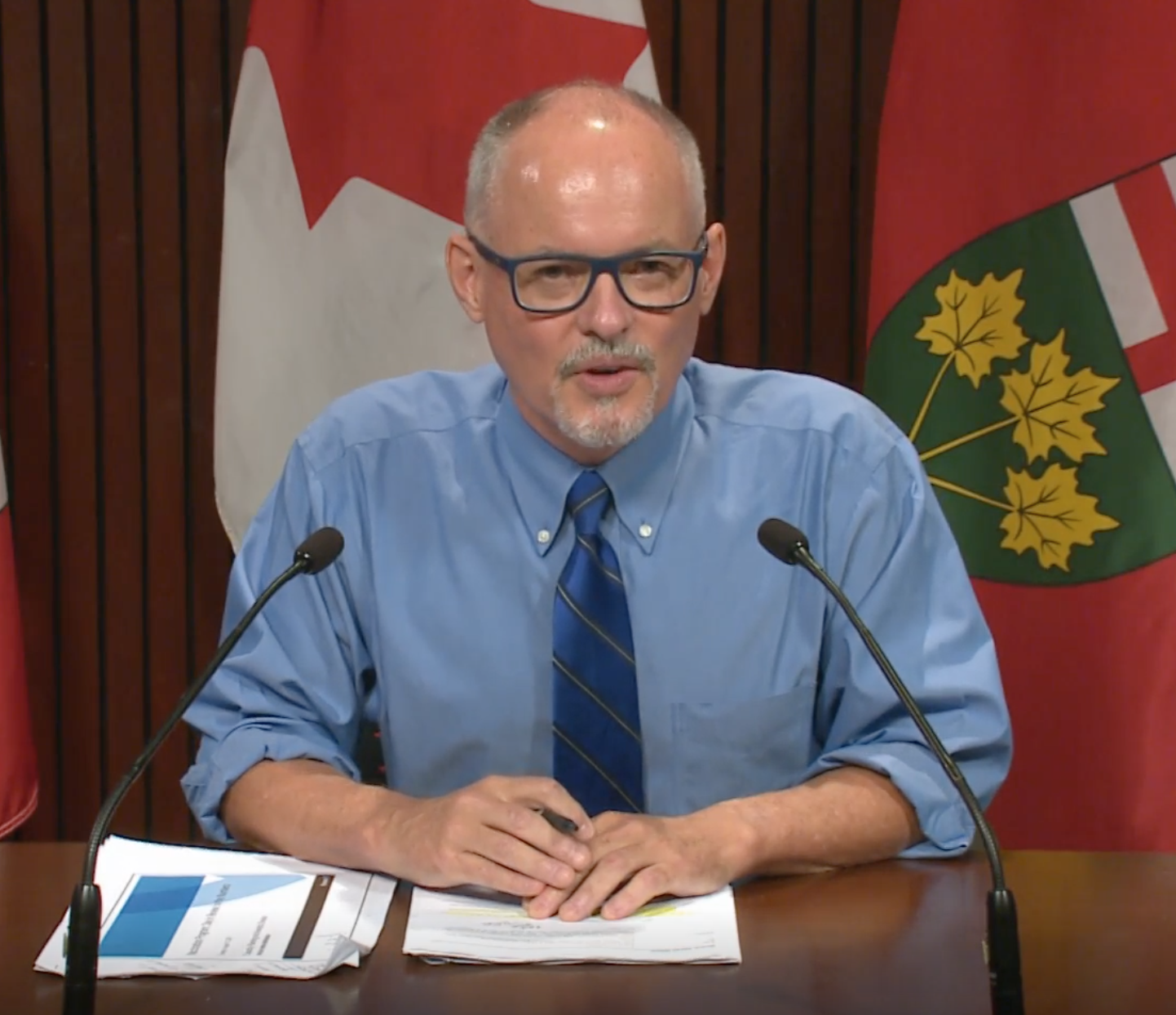 Policies must come into effect by Sept. 7 and allow for staff and volunteers to choose one of three options: provide proof of having received two COVID-19 vaccine doses, provide proof of medical exemption, or complete a vaccination “education session.”

But the requirement for a policy stops short of making vaccines mandatory.

The province has repeatedly taken the stance that it will not mandate vaccinations, drawing criticism from Ontario Liberal Leader Steven Del Duca, who said the new immunization policies don’t go far enough.

“A fourth wave has begun and schools are about to return, and Doug Ford is pandering to anti-vaxxers and failing to deliver mandatory vaccines for education workers,” Del Duca stated in an Aug. 17 press release.

“Ontario Liberals are calling on Ford to immediately stop his political games and make vaccination mandatory for frontline workers in education.” Del Duca went on to state only mandating vaccinations could make reopening schools safe.

During the Aug. 17 press conference, Moore said progress has slowed.

“It’s just not quick enough and I think these immunization policies will better protect Ontarians,” Moore said, pointing out rates of illness and hospitalizations are rising as vaccination uptake stagnates.

“It was unexpected to have such a sudden drop-off.”

Moore believes there’s still “significant time for this to have its desired effect” and called the new policies an “important link in the chain of protection” during a fourth Delta-driven wave.

Those unvaccinated or unable to provide proof of vaccination will have to undergo rapid antigen testing. Testing kits can be acquired through the Provincial Antigen Screening Program and are currently being paid for by the federal government.

If a rapid test detects viral antigens – which can be revealed within 20 minutes – that person will have to undergo PCR testing by the province.

“Immunization is the best decision to make, but if, despite that, you make that decision not to be immunized, we need an alternative such as testing, and the testing frequency will be at a minimum of once a week and escalate based on community risk,” Moore told reporters on Tuesday.

The province previously introduced similar requirements for those within health care settings.

The Ministry of Education is also finalizing a vaccination disclosure policy applying to staff members within the province’s public school boards, private schools and licensed child care settings for the 2021-22 school year.

“Vaccination policies in our educational sector will be crucial as we look to minimize the impact that COVID-19 could have on our children, youth and young adults,” Moore said.

Staff who are not two-dose vaccinated will have to submit to rapid antigen tests.

Wellington Catholic District School Board communications staffer Ali Wilson said the board is waiting on further details and direction from the province.

“We will work with the ministry in enacting this mandatory program and expect further details shortly,” Wilson stated in an emailed.

The Advertiser did not receive a response from the Upper Grand District School Board by press time.

The province is also now permitting children who are born in 2009 or earlier (turning 12 before the end of 2021) to receive the Pfizer vaccine as of Aug. 18, after having previously shied away from such a move, citing legal advice.

Vaccinations can be arranged through the provincial booking system, public health units, pharmacies and vaccination clinics.

Moore also announced third doses would be made available to those with blood cancers being actively treated, those taking medications for a rare T cell lymphoma disease, who are transplant recipients or are in long-term care homes, high-risk retirement homes and First Nations elder care lodges.

The province has been in step three of its Roadmap to Reopen plan for 33 days as of Aug. 17, when Moore said exiting the roadmap into more eased restrictions is on hiatus as the Delta variant digs in.

“We need to get our vaccination polices in place and our vaccination rates up,” he said, later adding he believes the province is facing a “difficult” fall and winter ahead.

As of the morning on Aug. 17, 73.72% of eligible Ontarians had received two vaccine doses, with over 20 million total doses administered across the province.

Within the Wellington-Dufferin-Guelph Public Health region at least 205,515 residents, or 76.2% of the eligible population aged 12 and older, have received two doses.