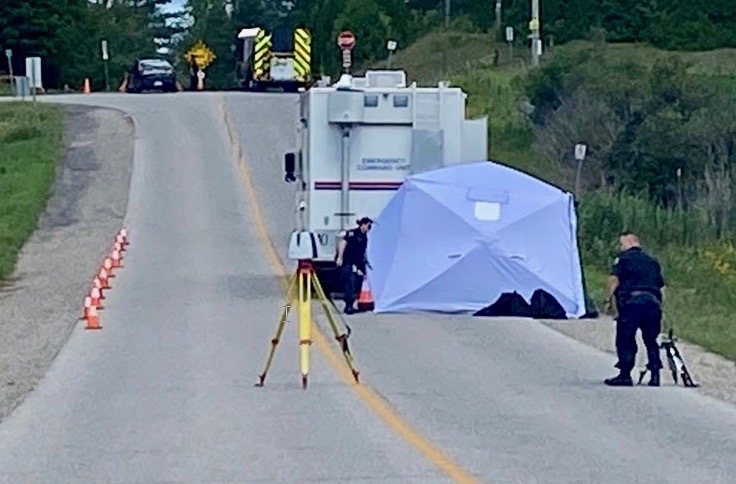 Police continue to investigate after a passerby found the body of a dead man on Watson Road in Guelph-Eramosa on the evening of Aug. 4. Submitted photo

“The Wellington County [OPP], under the direction of Criminal Investigation Branch (CIB), is investigating a homicide,” police confirmed in an Aug. 7 press release.

On Aug. 4 at about 7:15pm, emergency crews responded to the area of Watson Road just south of Wellington Road 124, east of Guelph, after the body of a dead man was located on the road by a passerby.

Police say an autopsy was conducted on Aug. 6 in Toronto, which confirmed the man was murdered.

The victim has been identified as Mohamed Amin Ismail, 25, of Ottawa.

Investigators would like to speak with anyone that was in the area of Watson Road North and Wellington Road 124 between Aug. 2 and 4 who may have obtained footage with a dashcam or cell phone during that time.