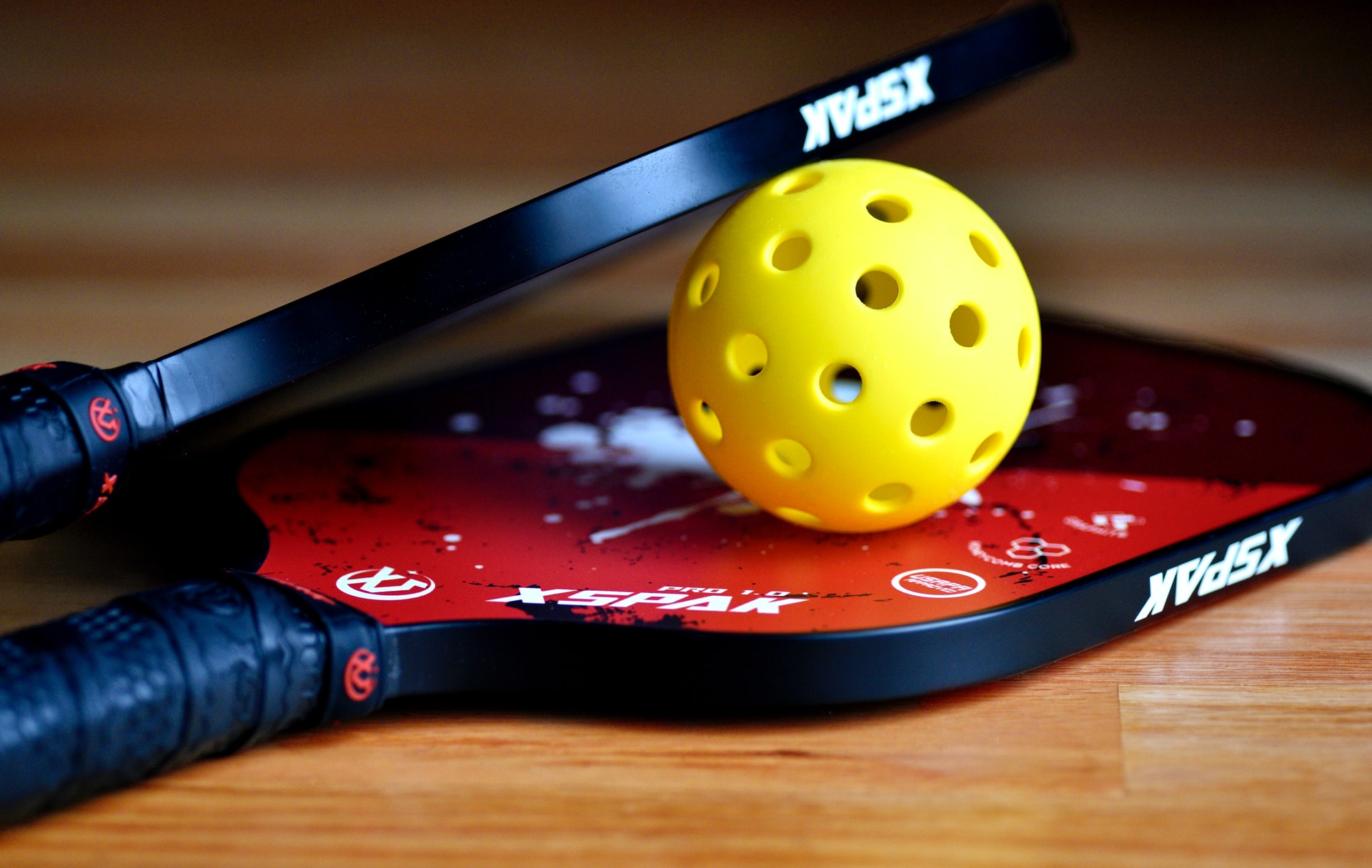 Wellington North council approved the purchase of equipment for a newly launched pickleball program that began May 30 at the Mount Forest and District Sports Complex. (Unsplash photo)

MOUNT FOREST – Residents tightened the laces on their running shoes and took to the arena at the Mount Forest and District Sports Complex last week to whack some pickleballs.

A Wellington North pickleball program kicked off on May 30 with 14 people participating. Two days later, on a Wednesday, 20 people came out between morning and evening games.

A blend of tennis, badminton and ping-pong, pickleball hails from its 1965 birthplace of Washington state.

By the 1990s, the sport was being played across the United States, according to the USA Pickleball Association.

There’s even a Professional Pickleball Association with professional tournaments.

Players whack a ball – similar to a perforated wiffle ball – across a low net to the opposing side, trying to score points.

“It is a game for basically all ages and all skill levels,” said Faye Meulensteen, a member of the Mount Forest Friends of Pickleball League.

“When you’re playing with people of the same age group, or skill level, it’s just a fun sport. You’re able to get some exercise while socializing at the same time.”

The sport has been played in Mount Forest for several years, but a church space being used for games would become unavailable in the summer, so Meulensteen emailed the township in April asking about starting up an indoor program.

“And I thought it would be a good opportunity to promote the sport itself,” Meulensteen said.

In May, council here approved the purchase of nets, paddles and pickleballs for $1,400.

There are four doubles courts and two double/single courts taped off, totalling six courts and allowing for up to 24 people to play at any time.

Anyone wanting to play can simply show up wearing comfortable clothing and running shoes. Drop five dollars into a cashbox, plus another two if you’re wanting to borrow a paddle for the day.

Money collected over the weeks this year is anticipated to cover the cost of the equipment and leave a little left over to go back into running the facility.

Two new players have come out and “have quite enjoyed it,” said Meulensteen.

New players need not be intimidated, she said, as active players are happy to pass along their wisdom and help people learn a fast-growing sport.