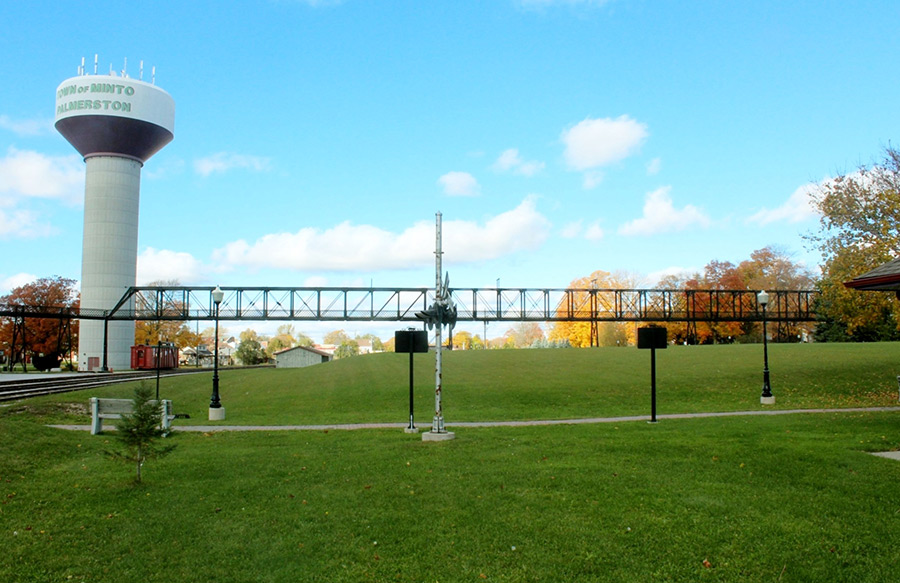 The pedestrian bridge in Palmerston has been closed temporarily. Town of Minto photo

PALMERSTON – The pedestrian bridge at the Palmerston Railway Heritage Museum has been temporarily closed.

A June 3 statement from the Town of Minto indicated an inspection “has revealed some issues with a support pier and repairs are required.”

The problems were discovered during a routine inspection, Minto CAO Derrick Thomson explained in an email.

“As part of the town’s inspection program the bridge was due to be inspected this year. After that inspection, the town received the engineers report indicating there is some damage to the pillars and that the bridge should be closed until the repairs are completed and re-inspected,” Thomson stated.

Noting it is “very early in the process,” Thomson said the town is currently reviewing the inspection report and creating a work plan that will include method of repair, cost, and timeline.

“We anticipate having more information in a couple of weeks. Once we have that information, we will bring a report to council for approval and communicate further to the public,” he added.