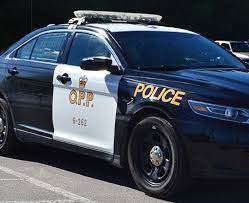 ROCKWOOD – A resident here has been arrested and charged following an investigation into online child sexual exploitation.

Police executed a search warrant at a home in Rockwood on Jan. 26 and seized several electronic devices.

Steven Manphool, 31, was arrested and charged with two counts of possession of child pornography.

The accused was released on from custody following a bail hearing with a scheduled court appearance later this year.

“Children are our most valuable and precious members of society” states a press release issued by the investigating agencies.

“Many victims of child sexual abuse are so young that they cannot tell their story. Every time an image or video depicting that abuse is shared, that child is re-victimized.

“Members of the OPP Child Sexual Exploitation Unit will continue to pursue individuals who exploit children on the internet.”

The court has issued a publication ban on the bail proceeding until the accused is discharged after the preliminary inquiry, or if the case goes to trial and the trial is over.

To remain anonymous contact Crime Stoppers at (TIPS) or 1-800-222-8477.www.ontariocrimestoppers.ca. Information may also be reported online through www.cybertip.ca.

The release states “Anyone wanting to make a difference” is encouraged to go to www.protectchildren.ca and download the Child Sexual Abuse- It Is Your Business brochure from the Canadian Centre for Child Protection.

“This is an important first step that can save a child,” police officials state.

Police are also urging parents to take a proactive approach to help protect their children from online sexual exploitation by speaking with their children regarding internet safety.

Parents and anyone interested in protecting children can find resources to assist them at www.cybertip.ca.