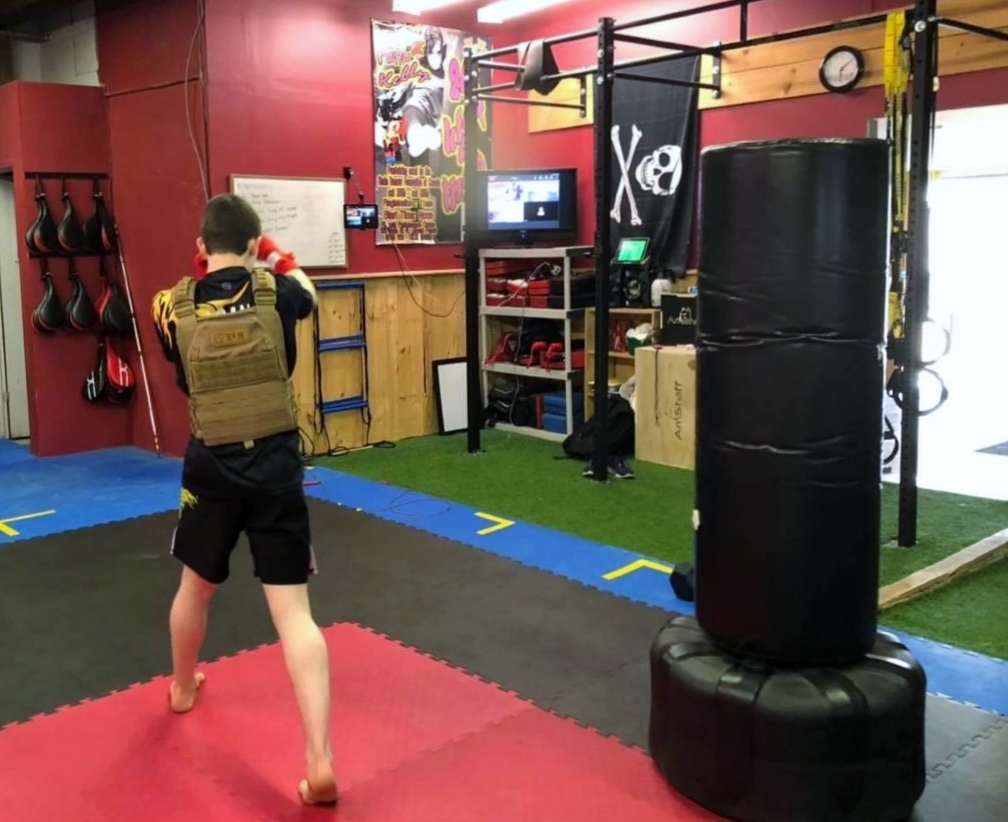 WELLINGTON COUNTY – The on again, off again rhythm of operating through pandemic restrictions ranging from capacity limits to lockdowns has been a struggle for all manner of business.

But without question, some sectors have been impacted harder than others and province’s Jan. 5 move back to step two of the Ontario Roadmap to Reopen has been a gut punch.

“We have sacrificed the future to get through the present. We have forfeited profit to maintain staff and properties. We have held back on price increases to keep customers returning and food flow fresh,” Tony Tsotros, owner of Harry Stone’s Social House in Harriston, told the Advertiser of the efforts made to get through the past 22 months.

“I just can’t believe how back and forth this has been,” said David Reeves, owner/operator of Mount Forest-based Rise Combat and Fitness.

After being unable to offer in-person sessions for most of the pandemic, the capacity restrictions on gyms and fitness operations were finally completely lifted last fall.

“We were actually full capacity and growing. It’s probably some of the busiest we’ve seen in a while,” said Reeves, who founded his operation as Phoenix Performance Centre about 15 years ago.

“We rebranded to Rise Combat and Fitness last year, just as we’re coming through the first year of COVID.

“We all thought it was over and decided that maybe we need to rebrand and reintroduce the whole business.”

He feels the businesses is built on a solid foundation and will survive and thrive.

However, the impact on the restaurant’s staff is among his greatest concerns and something he says is not reflected in government actions through the pandemic.

“When they announced the most recent restrictions on dine-in dining, I watched the press conference, and there was not one mention of the employees it would affect,” Tsotros said.

“Zero concern was shown about those people who would have no work two days later.”

Tsotros added, “When small business hires staff we enter into an agreement that we will share the income with them and their families and they will help keep the business satisfying customers.

“When the government comes in and breaks that agreement it hurts all three parties.”

The restauranteur said when families have made plans and taken on obligations based on employment decisions, an announcement that ”your job does not exist for the next at least three weeks” can be devastating.

“The impacts on the psyche can’t be judged,” he stated.

He also pointed out it’s “a near impossibility” to shut down and reopen a restaurant in that time due to food preparation, scheduling and payroll considerations.

Reeves said gym owners are frustrated that, having previously been compelled to eliminate clients through the vaccination passport system, they were still forced to shut down in-person operations yet again under the Jan. 5 move back to modified step two of Ontario’s Roadmap to Reopen.

“We were pushed into this corner of eliminating certain clientele … these people have been supporters of ours for the last two years and helped keep the campus alive … we’re supposed to only have vaccinated people in here to begin with, and yet they lock us down,” he said.

“So the reasoning behind this makes no sense.”

Reeves said he’s been fortunate his business is based on classes, which can be moved online fairly easily. He said he works with two personal trainers “but neither one of them can get work right now because personal training is kind of void. And anybody who’s doing it right now is trying to do it online and … for a lot of people online just doesn’t cut it.

Similarly, he notes, gyms where people come in and use equipment on their own schedule have been hit harder by restrictions.

“I get screens constantly freezing with kids out in the countryside trying to join us … they want to join us, but their wifi just won’t handle being on Zoom. Or are there so many people on so that the it just hangs up or freezes and that’s a constant issue.”

Even while allowed to operate in-person classes, Reeves points out gyms had to adapt to physical distancing, contact tracing and other protocols which generally limit capacity and create additional administrative work.

“We had it all taped off within our training facilities to accommodate for that … and we had people having to pre-book their classes,” he said.

Town of Minto economic development and business manager Belinda Wick-Graham says businesses like restaurants, gyms, dance and yoga studios and a local escape room have been hit hard throughout the pandemic “and continue to be with this latest announcement.”

She notes various levels of government have announced some programs to support them, such as the Ontario Business Cost Rebate Program and the Canada Lockdown Benefit for employees affected by the restrictions and some local media outlets have offered free advertising packages to affected businesses.

“Many businesses were struggling already to find employees. The hospitality sector continuing to get closed certainly doesn’t make it easy to attract workers,” Wick-Graham notes.

“Now, more than ever, residents need to support these businesses by buying takeout and gift cards and making an effort to shop locally whenever possible.

Wick-Graham points out the Minto Chamber of Commerce and local downtown promotion organizations have developed a program – www.thinkmintofirst.com – that provides a one-stop shop to support local businesses through the online sale of gift cards.

With $95,000 in grant funding from the federal government’s Strategic Activities Program, the organizations are working to create and strengthen shop local programs.

Key pieces of the ad campaign include:

In response to the current move into a modified version of step two of Ontario’s Roadmap to Reopen, Wick-Graham notes the province recently announced electricity rate relief for eligible businesses and an Ontario COVID-19 Small Business Relief Grant that will provide eligible businesses with a grant payment of $10,000.

Tsotros says Harry Stones has accessed government programs where possible to keep staff paid while on leave and to keep bills paid, although “we don’t always qualify as we have not been impacted enough.”

Through it all, the Town of Minto and local chamber of commerce “have been amazing and helpful,” Tsotros adds.

Reeves said the government assistance has been helpful for smaller operations like his.

“It has helped us. We’re a small gym and a small town, so of course our overheads are a little lighter than other places,” he stated.

“That $10,000 that they’ve offered a couple of times, for some gyms that’s the rent and all that helped was taking care of the rent,” said Reeves.

He noted many gyms had to deal with a large percentage of their clients pausing or cancelling memberships at the outset of the pandemic, often demanding full refunds “even though this was supposed to be a two or three week-lockdown.”

While the latest setback has been painful, Reeves is confident business will rebound, but he stresses the province should end the current restrictions on schedule on Jan. 26.

“I think this is just going to be just another stressor that they’ve thrown us under for, from how we look at it, no apparent reason,” he stated.

“I think it’s going to hopefully just be a blip. If they try and extend this longer, I think they’re going to get some nasty feedback off it.” 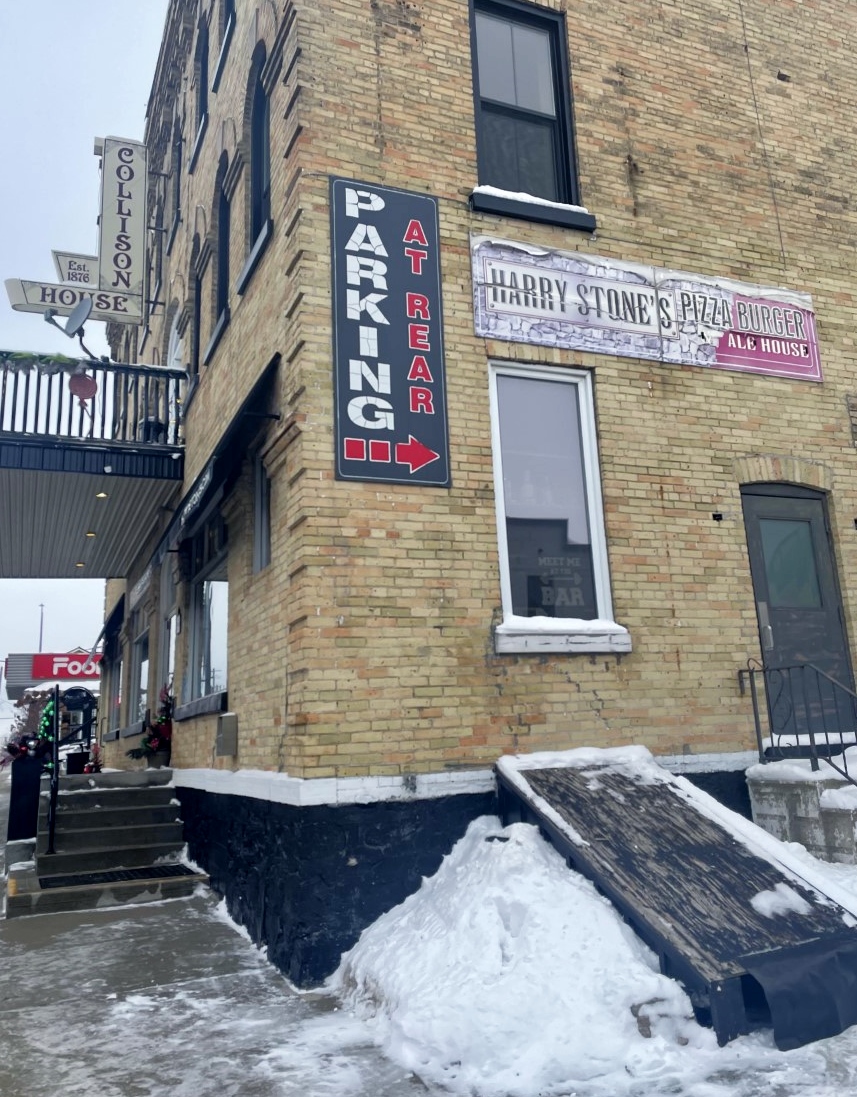 As the pandemic goes on, Tsotros states, “The largest struggle becomes, how many times does one want to reopen the same business?

“The energy it takes to start a business is far different than that of running a business, not unlike the difference between take-off, flight and landing,” he adds.

“In extended shutdowns people find new jobs, prices change, habits are broken. People eat closer to home and find new places to support as dining at home is far different from travelling to a favourite meal.”

“Restaurants seem to now be on par with local car plants in take-home wages – all this while inflation takes discretionary dollars out of locals’ pockets,” Tsotros said.

“All this changes the business and makes it akin to opening for the first time, the most costly part of any business, and the most tiring.

“I can well imagine many business owners thinking, ‘I was close enough to retirement, why go through all that again and again?’”

Despite the unprecedented challenges, Tsotros remains positive about the future.

“We foresee a good future because we are built on a good foundation,” he said.

“But what the industry looks like moving forward? Where will automation replace workers? Where will at-home dining replace dine out? How many square feet does a restaurant need? How many seats and servers make a business profitable? …

“These are questions time will answer.”