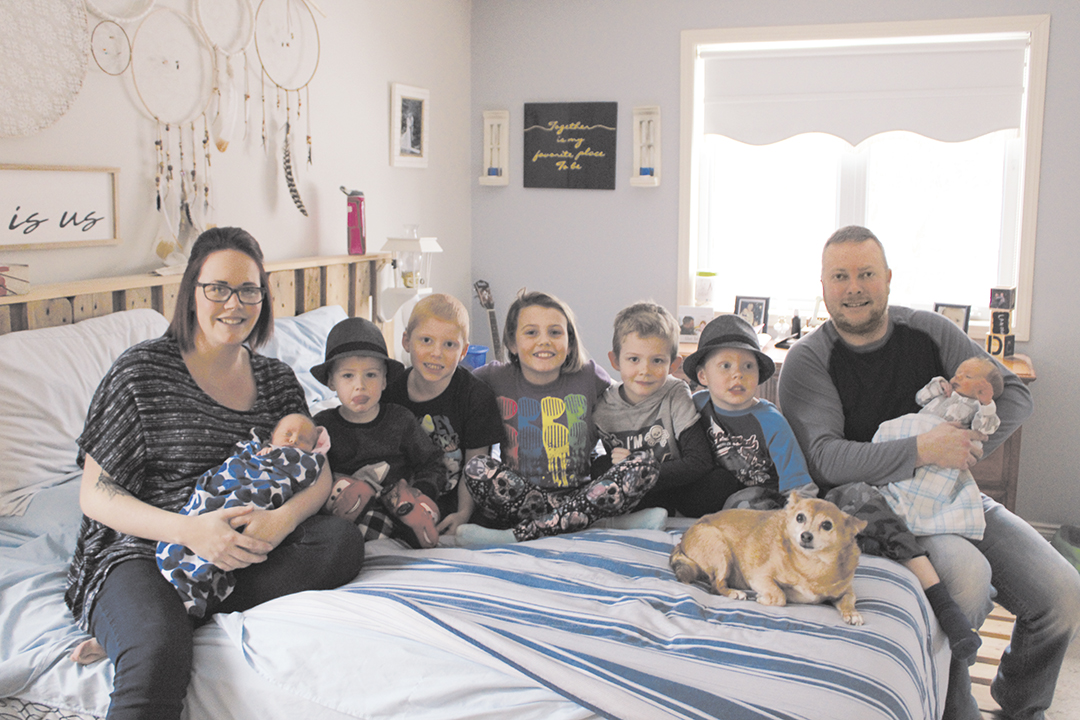 By Jaime Myslik  and Aryn Strickland

PALMERSTON – New parents Maria and John Martens rang in 2019 with the birth of their first baby.

The new parents welcomed John Martens, named after his dad, at 1:30pm on Jan. 1 at Groves Memorial Community Hospital in Fergus.

The nine pound, one ounce baby was the first born in 2019 in Wellington County. His due date was Dec. 23.

The Martens, who live in Palmerston, were sent to Groves hospital by Maria’s family doctor.

Maria and John declined to have their photo taken for the newspaper.

Arlo Henry Kiers was born on Jan. 2 at 5:58pm,  followed by his twin sister Isla Jean Elizabeth Kiers at 6:13pm.

After 10 hours of labour and an epidural that stopped working, the twins were born naturally without complications.

The parents and their combined family – they affectionately refer to themselves as “the crew” – live in Harriston but the twins were born in Stratford.

“That’s the only place that will do twins, Stratford or Owen Sound, but we liked Stratford,” said McFarlane.

“This was supposed to be our one baby together,” she added with a laugh.

Kiers said seeing the twins was “overwhelming…We were blessed with two, one of each. It couldn’t have been more perfect.”