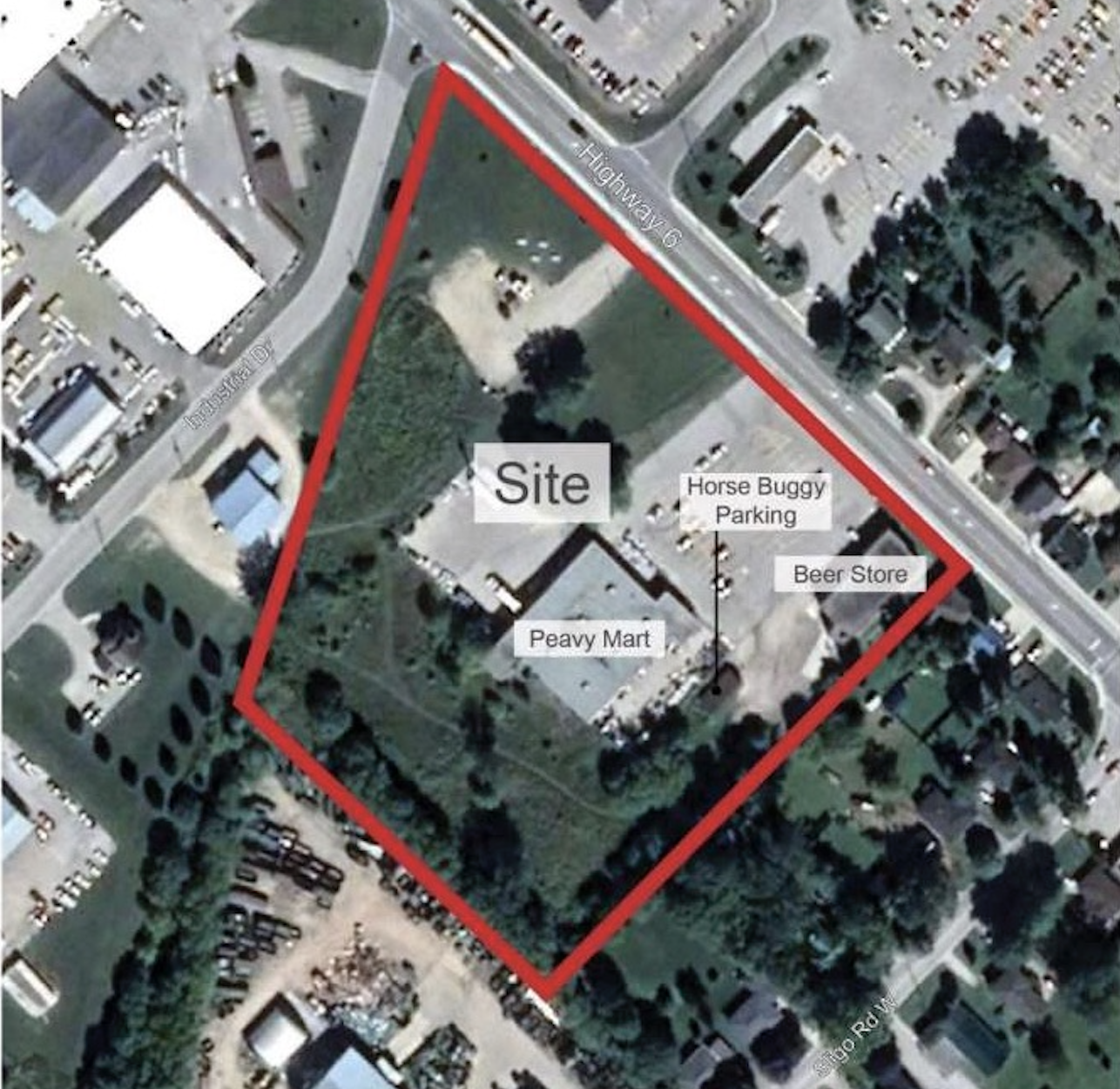 WELLINGTON NORTH – Council here received, on Jan. 24, a signed site plan agreement between the township and Sobeys Developments Limited, which owns Foodland and Sobeys grocery retail stores, for the development of a new Foodland grocery store in Mount Forest.

A public meeting held in April of last year resulted in a revised site plan, presented to council in November.

At that meeting, council received a final recommendation report and passed a zoning bylaw that came into effect in December, moving the process forward for the development of the Foodland store and a restaurant with a drive-through.

The recommended plan includes a proposed intersection at Main Street and Mount Forest Drive controlled by traffic signals, a revised parking lot design, and a separate horse and buggy entrance off Industrial Drive.

The phase one site plan agreement presented to council on Monday night addresses “preliminary works that will lead to a new store” CAO Mike Givens explained to councillors.

“The owner has applied for site plan approval from the township to relocate the loading bay doors and trucking access route at the existing Peavey Mart on the 437-445 Main Street North lands,” states a staff report included in the Jan. 24 meeting agenda.

“This application is the first step in the process to accommodate a new food store. This project will include stormwater management, site servicing and site grading.”

The second phase will address the store itself, including accesses off roadways and if an intersection with traffic signals at Main Street and Mount Forest Drive would be the answer to traffic congestion.

Concerns over the future grocery store’s impact on traffic were earlier raised at an April 26 public meeting by Paul Hruska, a local resident, as well as councillor Dan Yake and Mayor Andy Lennox.

At the time, Yake said, “There are significant traffic concerns in the area right now, and this is just going to add to the issue.”

Lennox called for additional review, and Hruska felt a grocery store would exacerbate difficulty getting from Mount Forest Drive onto Main Street.

An updated traffic report completed by RJ Burnside Engineering in October advocates for “signalization of the proposed intersection … based on the existing traffic conditions” at Main Street and Mount Forest Drive.

Because the Ministry of Transportation would have jurisdiction over the intersection (Main Street is also Highway 6), the updated traffic report was submitted to the ministry for review and potential approval.

Lennox and Givens spoke with the ministry on Monday afternoon during a Rural Ontario Municipal Association conference and told councillors the meeting was “smooth and cooperative.”

Lennox said the ministry continues its review and is looking to provide recommendations aimed at smoothing traffic flow turning in and out of the proposed area.

Should the ministry not approve a signalled intersection, Sobeys Developments Limited Partnership will need to revise the site plan once again to satisfy the township.