OTTAWA – Perth-Wellington MP John Nater thinks the federal government’s decision to invoke the Emergencies Act in response to the “Freedom Convoy” protests in Ottawa and at various border points around the country is the wrong call.

In an email response to questions from the North Wellington Community News prior to a Feb. 21 vote on the invocation of the act, Nater said he would not be voting in support of it. 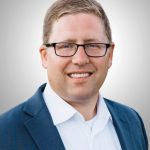 A declaration of a public order emergency was issued on Feb. 14. It is considered in effect immediately and, unless the declaration is revoked or extended, it will expire after 30 days.

Under parliamentary oversight requirements, the government must table a motion in both the House and Senate within seven sitting days outlining why federal officials feel the powers are required and detailing specific measures to allow the two parliamentary bodies to confirm it.

A vote on the motion was held in the House of Commons on Feb. 21.

Debate was delayed on Feb. 18 as the House sitting slated for Friday was cancelled due to an ongoing police operation in Ottawa.

The Senate was slated to begin debate on the act’s usage on Feb. 22.

The police operation resulted in hundreds of arrests, including several of the top convoy organizers. Most protest vehicles either left Ottawa voluntarily or were towed and the area has been secured by police.

The motion affirming the emergency powers passed in the minority parliament by a 185-151 margin, with all Conservative members opposed, while the NDP joined the governing Liberals voting in favour.

Nater said he doesn’t feel the government has met “key thresholds” to justify use of the legislation in this instance, which involves a protest against COVID-19 mandates and restrictions, but also included calls for the elected government to step down.

“I also believe that law enforcement had all the tools at their disposal to deal with the blockades and protests before the Emergencies Act was invoked. This has been clearly shown at the Ambassador Bridge and Coutts,” said Nater.

At Coutts, protesters left after charges were laid against a total of 15 people as a result of an RCMP discovery of weapons in trailers there. Four of those are also charged with conspiracy to commit murder in relation to a plot directed against law enforcement officers. In Windsor, a heavy police presence remains aimed at prevention of further blockades.

Conservative Party of Canada leadership stated in advance of the vote that members would vote against the invoking of  the Emergencies Act and Nater joined his caucus in voting  against it.

“The government is utilizing national security tools designed to combat terrorism, money laundering, and organized crime against Canadians who supported protests,” Nater stated. “I believe that the powers the government has taken upon itself, particularly the right to freeze the bank accounts and assets of Canadians, is a step too far.”

Nater said Conservatives presented a better solution in a motion, defeated in the House on Feb. 14.

“Conservatives introduced a motion calling on the government to table a concrete plan by the end of February which would give Canadians a roadmap out of COVID-19 restrictions. Unfortunately, the Liberals and NDP voted against the motion and it was defeated. I believe supporting this motion would have helped to de-escalate the situation,” said Nater.

Numerous Conservative MPs, including some high-profile party members such as interim leader Candice Bergen and leadership hopeful Pierre Poilievre, voiced support for the convoy in the early days of the protest, although Bergan later stated it was time to “take down the barricades,” and “stop the disruptive action.”

Nater said he does not feel the CPC expressions of support have contributed to the continuation of what has been described as a “siege” and an “occupation” of Ottawa.

“At the beginning of the protests, I think many had hoped to engage in meaningful dialogue with the protestors regarding the issues that mattered to many, not only in the trucking industry, but also in other sectors, and Canadians as a whole. Everyone was seeking mutually satisfactory solutions,” he stated.

However, he added, “When the protests went beyond the first weekend and it became clear that they were having major impacts on businesses, at border crossings, and on our economy, it was time for them to end.

“The situation has continued because the government has allowed it to,” Nater stated.

“The government already has the authority and tools required to bring an end to the protests without using this extreme measure.”