GUELPH – Government funding announcements can be confusing, but even more so when they appear to be conflicting.

And so it was for Guelph-Wellington Women in Crisis last week, as one ministry seemed to giveth while the other taketh away.

On March 4, the Ministry of the Attorney General announced it would not renew $1 million in funding it had given last year to shorten wait times at rape crisis centres.

That funding came in response to the #metoo movement and the increased demand on emergency shelters as more women came forward to report and get out of situations of domestic violence. 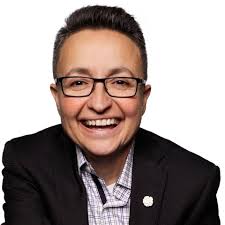 On March 5 the Ministry of Children, Community and Social Services announced $2 million in additional funding for the human trafficking strategy – “and we’re in that,” said Sly Castaldi, executive director of Women in Crisis.

“So, it looks like our human trafficking program can continue, but this other money for the wait list, is gone.”

Castaldi said she’s waiting for official word and details on how the funding can be used, but is in a bit of a quandary about losing the funds earmarked for shortening wait times.

“It wasn’t a lot, but it helped. We were hoping that $1 million funding would continue because the waiting lists aren’t gone. Some centres have waits of eight months to a year and that’s far too long to have to wait.”

Castaldi said there are two counsellors at Women in Crisis and they can only take on so many cases before it’s overwhelming.

She said domestic abuse is prevalent, and with more awareness and education, “more women are coming forward and we want to be able to provide support for them.

“It’s hard enough to reach out for help; the last thing we want to do is make them wait six months.”

The money earmarked for human trafficking programs is important too, and Castaldi said she’s glad that program can continue here.

The devil is in the details, however, and Castaldi anxiously awaits more information.

“I don’t know why the two ministries can’t work together and make a joint announcement,” she said.

“I’m hanging on tooth and nail waiting to hear.”