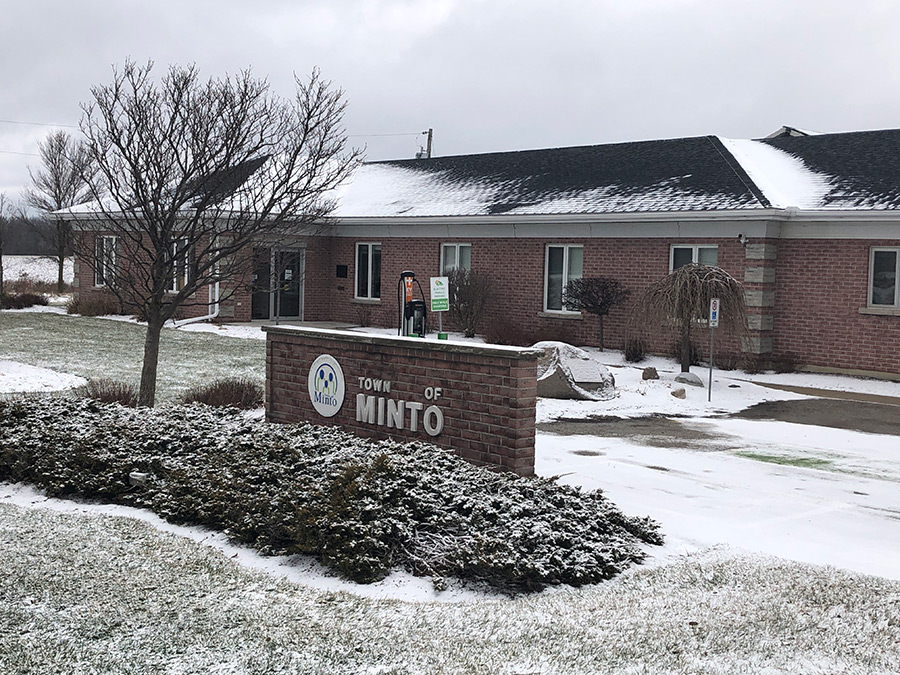 MINTO – A public meeting was held on March 2 on proposed amendments to the Town of Minto’s development charges bylaw.

Andrew Grunda of Watson and Associates explained the purpose of the proposed amendment is to reflect recent amendments to the province’s Development Charges Act made through the More Homes, More Choice Act, and COVID-19 Economic Recovery Act.

Changes include removal of a 10% statutory deduction for soft costs, such as recreation services and updates to capital cost estimates and reallocation of service specific growth-related studies.

“Formerly development charges could only fund up to 90 per cent of soft costs; that’s been removed so it’s adjusting charges to reflect what’s available,” said Grunda.

The changes will make an additional sum of just under $100,000 available to the town for use in these areas.

Grunda pointed out the changes won’t alter Minto’s position at the low end (fourth lowest) of the residential development charges scale in a comparison with 20 other areas municipalities.

Minto remains, “well below some of the more urban areas being included in the comparison,” he stated.

The impact on commercial and industrial development charges would also be “very nominal,” he said.

As a result of the changes, said Grunda, the town will have access to about $100,000 in funding, with “a very minimal impact in the overall DC that would be imposed on development.”

Developers of rental housing and institutional developments, which formerly were required to pay development charges on issuance of a building permit, will now pay the in six equal annual payments, commencing from the date of occupancy.

Non-profit housing developers will pay in 21 equal annual payments, commencing from the date of occupancy.

In a response to a question from councillor Ron Elliott, Grunda explained arrangements could be made to pay the charges up front if the developer elects to.

“If we go into instalment payments, what happens if they miss a payment or they refuse to pay?” Elliott asked.

“We’ve got people living in the place now, how do we recover that money?”

Grunda explained that if the property changes from rental housing status, remaining instalments would be due and payable when that change occurs. He also noted they can be collected through taxes on the property.

“They are ultimately paid,” he stated.

In existing buildings, the addition of up to two apartments for a single detached home and one additional unit in medium and high-density buildings would not be subject to development charges.

The creation of a second dwelling unit in prescribed classes of new residential buildings, including structures ancillary to dwellings, would also be permitted without the charges.

Grunda said the changes mean creation of “granny suites” or “an apartment over a garage” would not be subject to development charges.

“One of the challenges that we have … is attainable housing, affordable housing and rental housing,” said Mayor George bridge.

“One of things we were talking about before this happened … is trying to come up with some solutions as to how we can incentivize growth. The province kind of did that for us.”

Grunda explained that after receiving input from the public and considering amendments the next step would be for council to approve the development charges update study and consider adoption of the amended bylaw at the April 6 meeting.