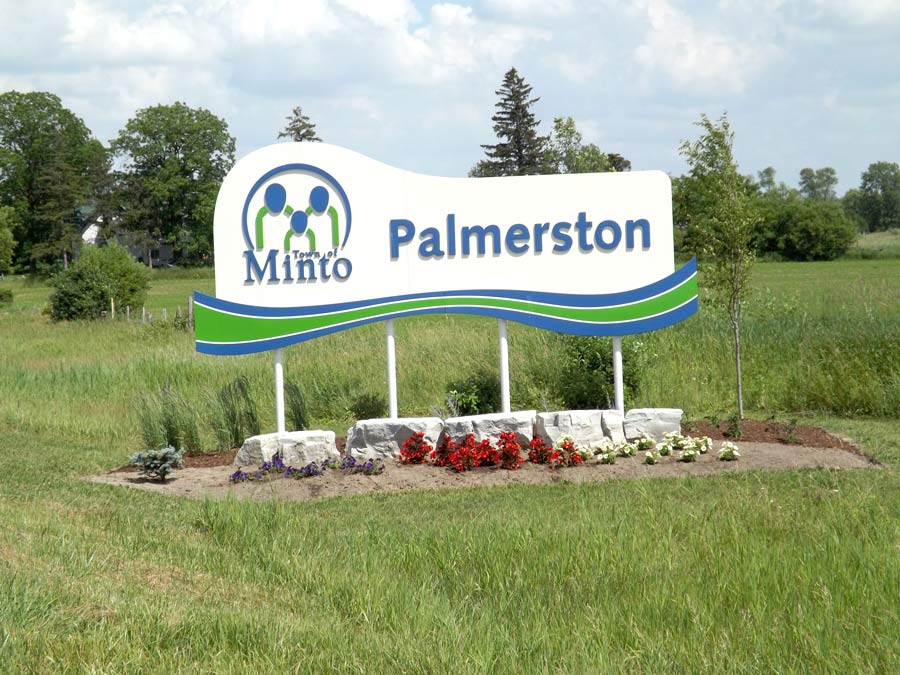 Urban expansion - The Town of Minto is pursuing expansion of the urban area of the town of Palmerston in order to accommodate future growth targets. Photo by Patrick Raftis

MINTO – Pursing a 100-acre extension of the urban boundary of Palmerston was among the recommendations agreed to by Minto council from a growth report presented on July 2.

“This is a housing unit creation rate of 53 per year, a figure met in 2017 and 2018, but well above historic levels in prior years,” notes a report from Triton Engineering senior planner Bill White.

Harrow stated, “If we go by that data right now we don’t have enough urban area in the town of Palmerston to accommodate that. We’re okay in the other two towns (Harriston and Clifford).”

“Most elements of the 2019 growth plan are the same as the 2017 document. The planning horizon is still to 2041,” White states in the report.

“The policies still require municipalities plan for a range and mix of housing options, including second units, affordable housing and in particular higher density housing. The 2019 growth plan prohibits growth in ‘new’ rural settlement areas where there is no municipal water or sewer services, but allows boundary expansions to meet growth targets set in the plan where existing or planned infrastructure is proposed. There are some new provisions in the 2019 Growth Plan that allow the boundary expansion in West Palmerston to proceed earlier than anticipated.”

The 2019 growth plan specifies municipalities such as Minto in the “outer ring” of the Greater Golden Horseshoe that have excess lands designated for development, may now use some tools in the new plan to adjust the amount of land within their urban boundary.

This new provision gives flexibility for rural municipalities like Minto to expand urban boundaries in a settlement area like Palmerston by decreasing the size of another settlement area.

The Clifford Secondary Plan acknowledges that county growth targets can be met in the north end of the community where the town installed trunk water and sewer infrastructure in 2018, but there is 165 acres of land inside the Clifford urban boundary that is not serviced and may not be needed to meet county growth targets. There is also excess settlement area designated in Teviotdale where there are no municipal services, White’s report points out.

Harrow noted that inclusion in the Greater Golden Horseshoe area puts Minto at a disadvantage in terms of attracting development compared to neighbouring municipalities outside the designated zone.

“Our neighbours in Huron County and Perth County aren’t part of the golden horseshoe, where we unfortunately are, so we’re held to different standards,” said Harrow.

Council received the engineering consultant report and directed staff and Triton Engineering to meet with the county to further implement the North Clifford Secondary Plan and West Palmerston Secondary Plan as outlined in the report.