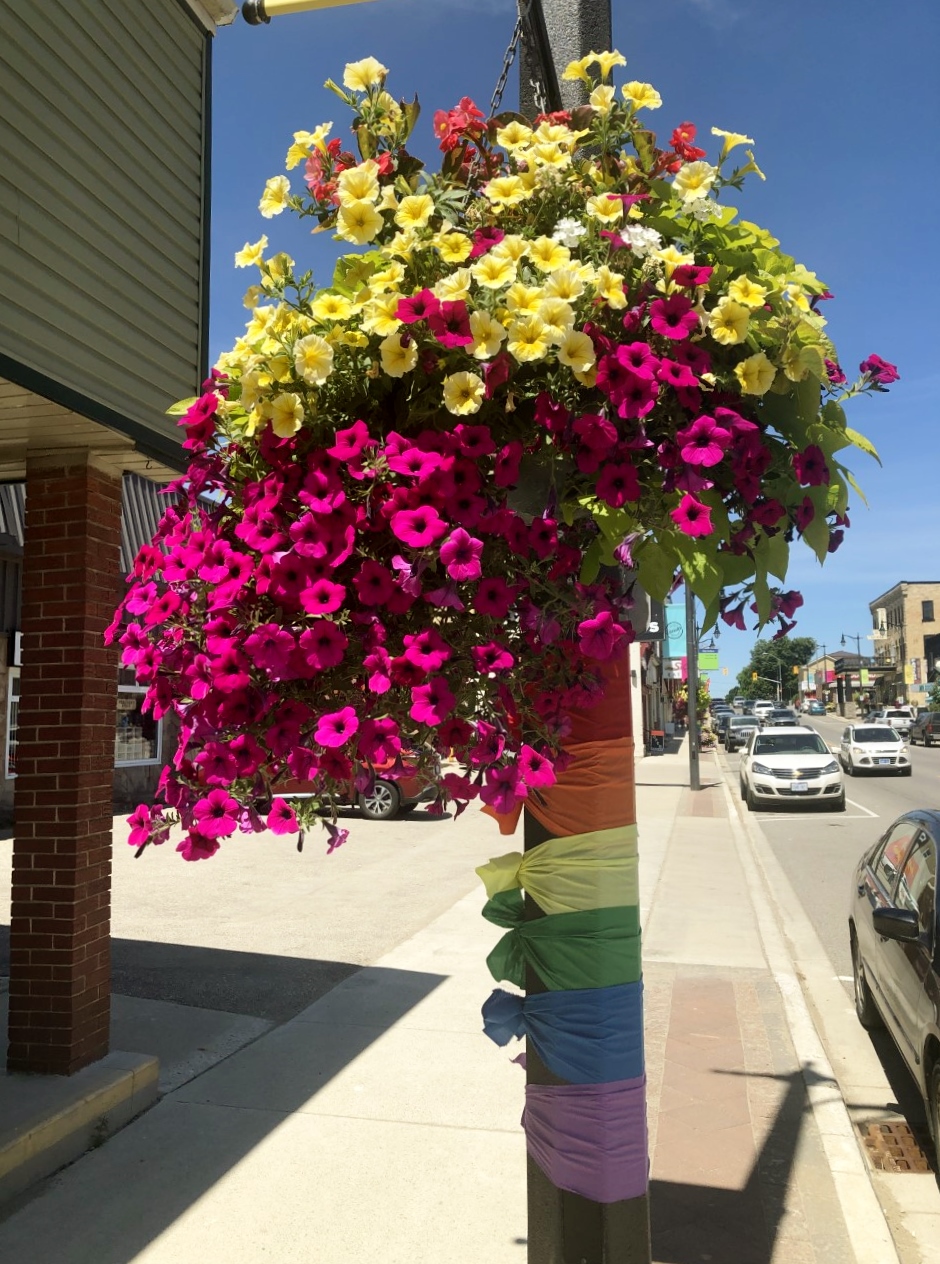 The Minto Pride committee has been busy decorating local downtown areas during the month of June. Photo by Patrick Raftis

MINTO – The local Pride committee has been active throughout the month of June.

“It is Pride Month so our Minto Pride committee has been really busy. They’ve done well,” stated a June 15 report to council by business and economic manager Belinda Wick-Graham from the Minto Cultural Roundtable.

“They sold out of T-shirts and quite a few lawns signs have gone out. I’m sure there’s over 70 out there now.

“And they’ve done some great work decorating the downtowns.”

Yard signs are still available to borrow for the month of June, free of charge. Signs are also available for $5 at the Magic Ice Cream Shoppe in Harriston.

In the report, Wick-Graham said Minto Pride has also received six submissions so far for their “Out and Proud in Minto” campaign.

The Pride committee is also highlighting important 2SLGBTQIA+ people throughout history on its social media accounts.

The report notes the Palmerston Railway Heritage Museum is expected to remain closed to the public until Ontario moves into stage three of the provincial reopening plan.

To this point, Felix Weber Jr,. has been working remotely on cataloging and he will be responsible for training the new student.

Wick-Graham reported the committee has been getting more involved in diversity and inclusion activities.

“This includes being more active and supportive of the Guelph Black Heritage Society and the work that they’re doing and seeing how we can support their efforts in bringing some of that programming to Minto to help to educate our community around that topic,” she explained.

The committee has also developed grant programs to assist non-profit groups with purchase of personal protective equipment (PPE) and grants to assist with event promotion. Both will provide one-time grants of $500 to eligible organizations.

However, Wick-Graham noted the committee has been advised by local public health officials “to hold off putting out any grants related to events at this point, because they’re still not encouraging that.

“So I think were holding off until September on both of those programs,” she stated.

“This committee has done yeoman’s work during the pandemic,” said Mayor George Bridge.

“And frustrating work in the sense that it (the committee’s mandate) really is mostly about events … but when you haven’t been able to do that you’ve certainly filled your plate with some other really important items.”