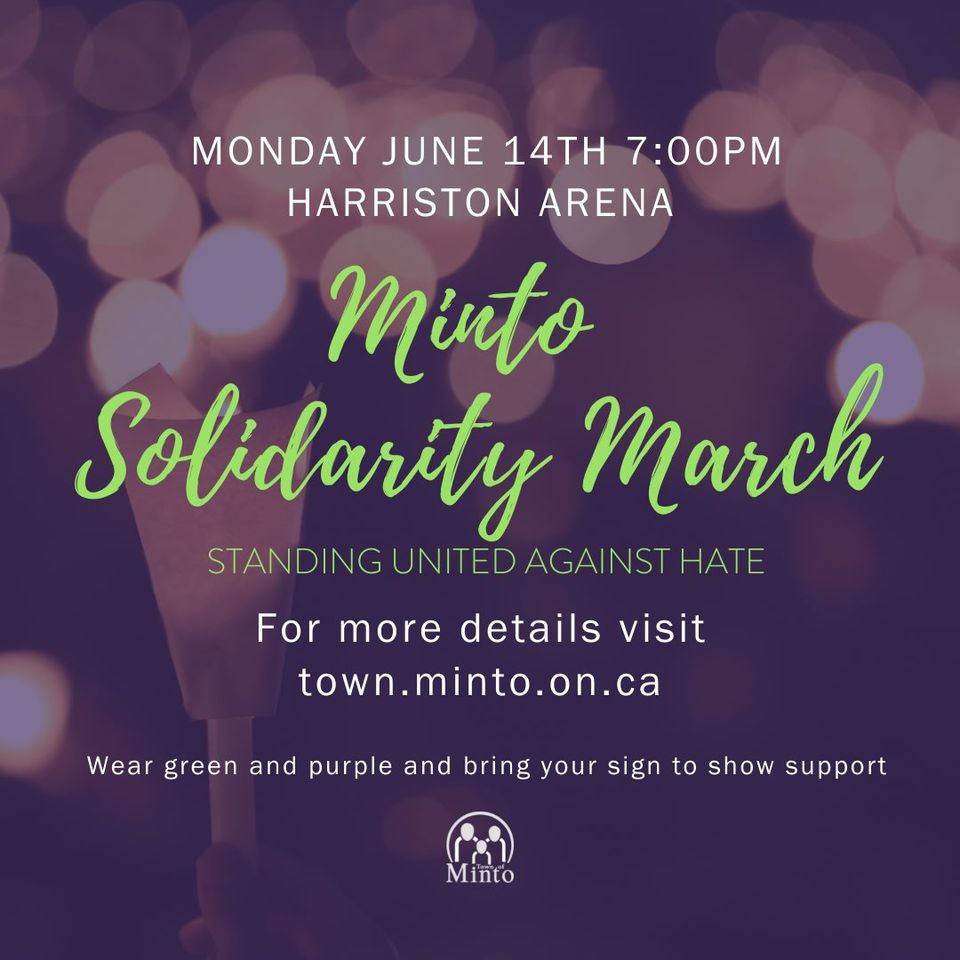 HARRISTON – The Minto Cultural Roundtable has organized a solidarity march against hate in response to a local TikTok video that jokes about the recent murder of four members of the Afzaal and Salman family in London, Ontario.

The video, posted to the social networking site on June 10, features a man shouting at a Syrian family walking down a Harriston street.

He laughs at his own statements questioning the whereabouts of Nathaniel Veltman, who has been charged in the fatal truck attack last week on a Muslim family in London.

“We could not sit back and watch this disgusting attack on members of our community,” stated Minto Cultural Roundtable chair Peggy Raftis in a June 13 press release.

“Our community prides itself on being a place where all families belong. We condemn all racism and stand in support of our Muslim community.”

The “Solidarity March to stand united against hate,” organized by members of the Minto Cultural Roundtable and concerned citizens, will take place on June 14 at 7pm at the Harriston Arena ball diamond, at 111 George St. S.

Those attending the march, which will be supported by the Town of Minto and County of Wellington, are encouraged to wear green and purple and bring a sign to show support.