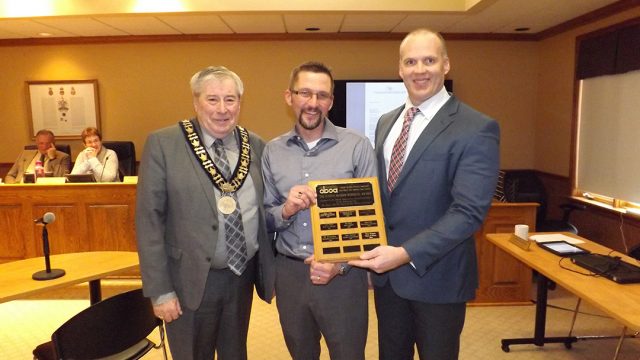 A member of the OBOA since January of 2000, Kuipers been chair of the local OBOA chapter, assisted in organizing the organization’s annual contractor education meeting and trade show, played a role in the development of an Introduction to Permit Administration course (a course designed and geared to building department frontline and administration staff) and has instructed numerous building code-related courses for the past 10 years across the province.

In a report to Minto council at the Dec. 15 meeting, Kuipers explained he was nominated to the board in November and let his name stand after discussions with Mayor George Bridge and CAO Derek Thomson.

On Dec. 3 he was elected to one of two vacant director-at-large positions on the board.

“The OBOA is at pivotal point in the industry at the moment,” Kuipers noted in his report.

“The province released a proposal in the spring to allow for a delegated authority to complete building inspections on behalf of a municipality,” Kuipers states in the report.

“This proposal continues to be discussed at the Ministry of Municipal Affairs and Housing (MMHA) and has massive implications to municipalities in regards to liability (as proposed, a private company will complete all inspections except for the final inspection, which the municipality has to complete, accepting the responsibility of the entire project).”

He continued, “The OBOA and its board of directors are heavily involved in the discussions with MMAH to ensure that the outcome of the proposal is beneficial to municipalities. This is an example of one of the many vital projects the OBOA is working on at the provincial level.

“Having local representation on the board is a benefit to Minto as we’ll know what’s coming down the pipe before it actually happens, so we kind of can get a step ahead.”

Kuipers estimated the director positions would take between five and 12 hours weekly, with most of the workload, with the exception of meetings, in the evenings and on weekends.

“Fortunately all the meetings are over Zoom at the moment so the time commitment is drastically less that what it normally would be,” Kuipers told council.

At Kuipers’ request, council approved a letter of endorsement to the OBOA indicating support for his participation.

“The OBOA wants to make sure that there is support behind the different board directors to be on the board,” he noted.

“I do believe if our staff people get on these boards they can bring some good direction, especially from a rural lens,” said Bridge.

Deputy mayor Dave Turton told Kuipers, “It takes people like yourself and people in the system to keep the OBOA running.

“If you weren’t willing to stand and be a part of it and other folks had the same opinion, how would it keep running?”