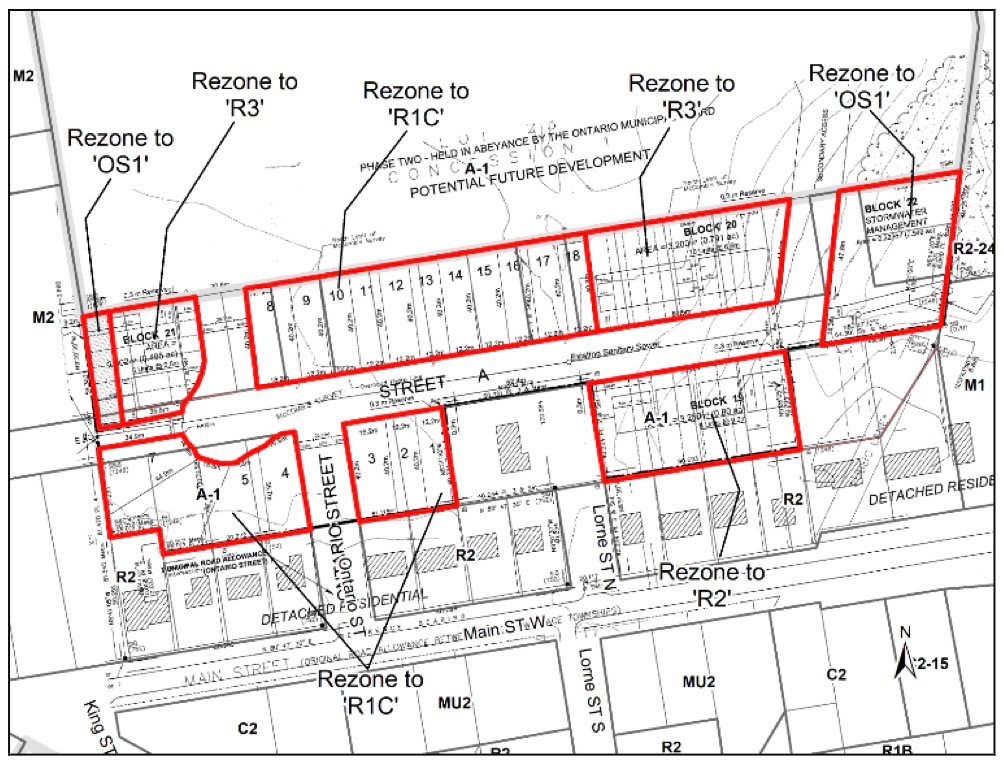 Minto council has approved a rezoning application to pave the way for a 40-unit residential development in Palmerston. (Minto agenda image)

MINTO – Town council has approved a rezoning application to pave the way for a 40-unit residential development on a 7.55-acre parcel of land in Palmerston.

Planning technician Ashley Sawyer explained at the Feb. 16 council meeting that the land, part of the Clark/Heinmiller subdivision development, would be rezoned from agricultural (A-1) to residential (R1, R2 and R3) and open space (OSI).

Sawyer pointed out that a public meeting was held on the rezoning in September of 2015 and as the purpose and effect remains the same “it was deemed that another public meeting did not need to be held.”

A staff report explains a draft plan of subdivision was given approval by the County of Wellington in 2016.

Prior to that, in 2011, an official plan amendment to re-designate the entire farm property from agricultural to residential was adopted by the county, then appealed by the Ministry of Municipal Affairs and Housing.

A settlement was reached in the summer of 2012, which led to final approval of the official plan amendment but only on the south portion of the property.

“However, from a financial perspective it is not feasible to develop and service such as small portion of the entire property,” the report states.

“As a result, this development, including the zoning bylaw amendment, was left in limbo until recently with the announcement of the (proposed) expansion of the Palmerston urban boundary.

“The Palmerston urban boundary expansion proposes to bring the entire farm property within the boundary and make it possible to build a larger subdivision that is feasible to service.”

The report notes “an experienced residential developer” is negotiating with the owners to acquire the property to allow it to proceed with the development.

Council accepted the report for information and passed a bylaw to approve the rezoning.