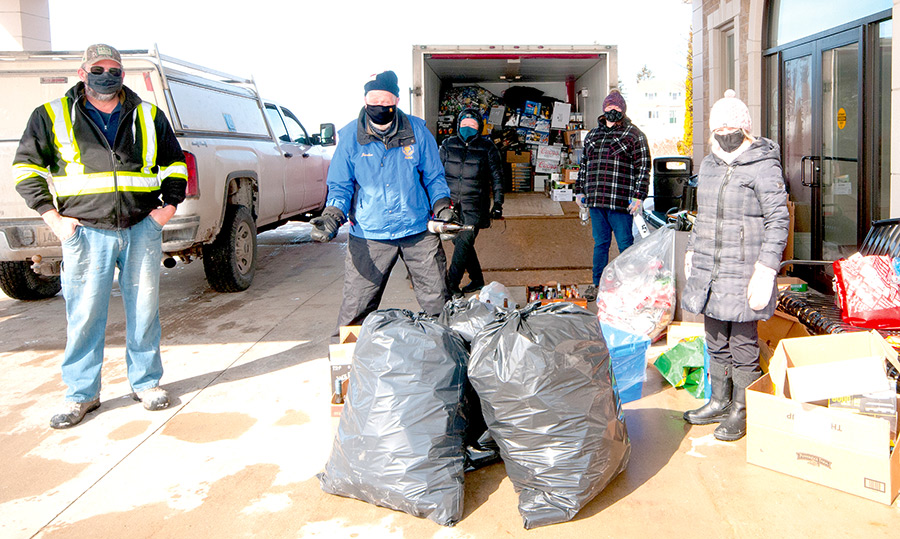 Deb Noble of the Alma Community Recreation Committee outlined the project and funding request, which were recommended for approval by the township’s parks and recreation committee, for Mapleton council on March 9.

“Basically the scope of the requests is for some financing in regards to the project,” said Noble.

About two years ago, Noble explained, a nine-hole disc golf course was created at the park. The township maintains and mows a “fairway area” of the course, while other areas between the holes have been left fallow.

“It is in those areas between the holes that we are proposing to incorporate the pollinator habitats,” said Noble, noting the idea is to incorporate native plants into the area.

“We’d also be looking at revitalizing the wetland areas, where there’s a boardwalk running through. It’s overgrown with some plant material that needs to be thinned out and then proper moisture-preferring herbaceous perennials put in,” she explained.

She said the association is also planning to put native shrubs in that portion of the park, “just to utilize that lovely habitat of shaded areas.”

“Basically 95 per cent of this project, the cost of it is zero,” said Noble, noting the group plans to access free planting materials through the Wellington County Green Legacy Program and low cost material through the Grand River Conservation Authority and other sources.

About five percent of native trees and shrubs will be sourced from various nurseries in the areas, she said.

Some funds will also be used for signage.

While the association may need some township help in terms of labour to move mulch around, Noble said much of the work will be done by community volunteers

“What the planting will look like is community involvement, involving the schools, the guides, the Optimists, the communities … it’s so important for people to be able to have that opportunity to place their roots in someplace they live,” said Noble.

“How much maintenance is going to be required with this and who will be responsible for this?” asked councillor Dennis Craven.

“I can’t see any additional maintenance that will be involved with this because it’s native plants,” Noble replied.

“There’s no fertilizing, they’ll be no pruning of them. That’s the beauty about native plants is once they’re established they go.”

Councillor Marlene Ottens pointed out the project would be “ideal” for the township’s 50/50 funding program, as it’s within the funding parameters.

However, Noble noted, to access that program “you have to apply by August and then the funding is not available until September.  Where we’re planning on planting now.”

Public works director Sam Mattina pointed out the funding could come from the township’s capital reserves, which includes some unspent 2020 50/50 program funds.

“Whichever way you want to name it the funding is available thought the capital reserve,” said Mattina.

Also, he added, since the municipality produces its own mulch, “There’s no hardship to the township to provide the mulch as well.”

“I think this is a little unorthodox as far as the funding ask, but I think that I am fully happy to support it,” said councillor Michael Martin.

“The calendar is clearly not our friend as far as going through parks and rec as a formal process, but I think we want to protect the integrity of that 50/50 process and go through the steps so the committee has a say. But the committee’s clearly in favour of it.”

“That was the issue that I was getting at,” said Ottens. “Because all of our other service clubs and groups go through that funding process and abide by the calendar and the timeline.”

She added, “I agree with councillor Martin … that we have to maintain that consistency of how we dole out the money for the sake of all the groups that access it.”

However, she noted, “there’s a bit of an exception here,” because the committee has had limited opportunity to meet due to COVID-19 pandemic restrictions.

A motion to approve the committee recommendation to provide the requested funding passed unopposed.