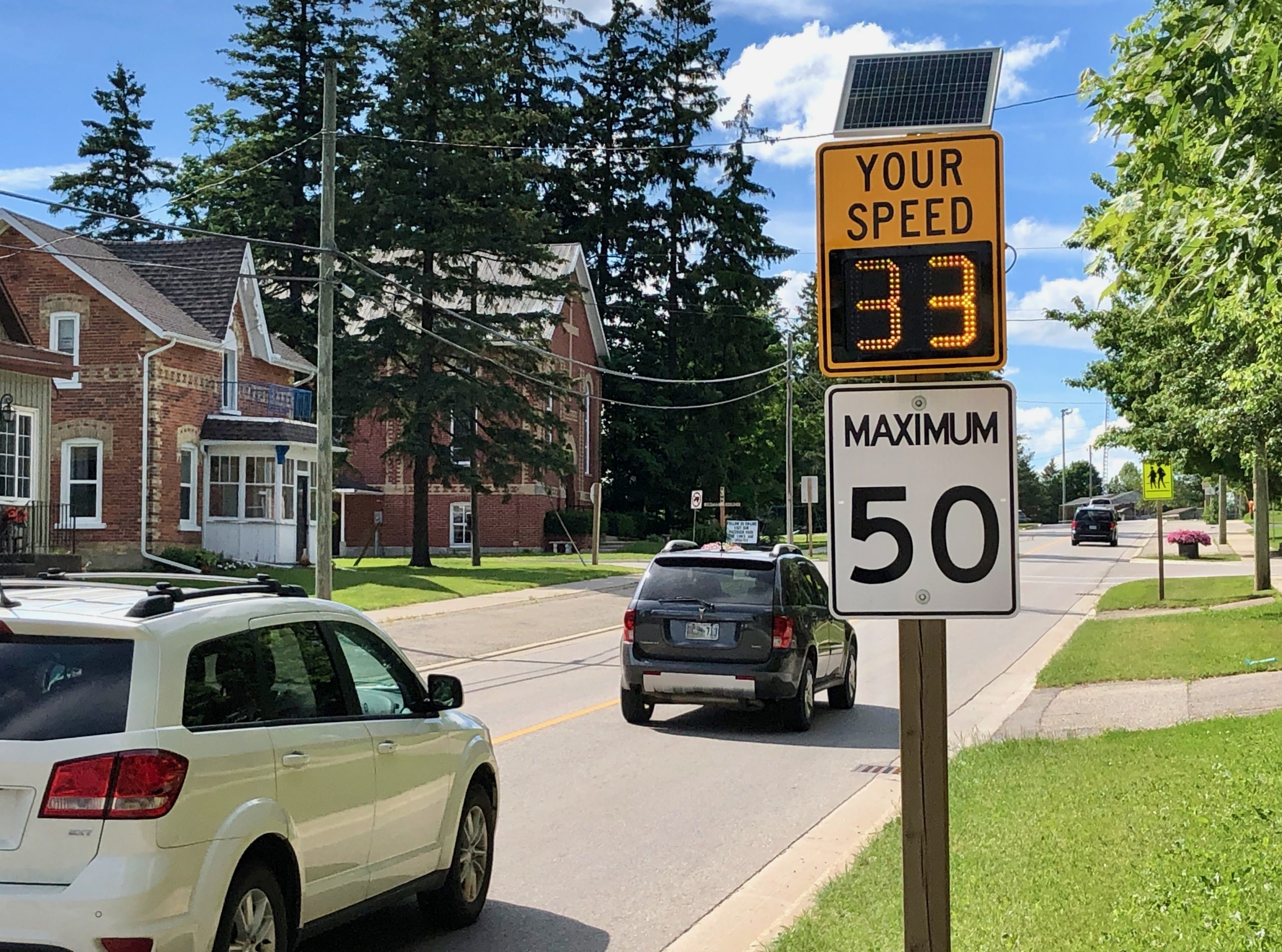 Mapleton council has rejected a proposal to lower speed limits in urban areas in the township to 40km/h. Advertiser file photo

MAPLETON – A proposal to lower speed limits in urban areas throughout the township to 40 kilometres per hour (km/h) has been rejected by council here.

“This report basically is reinforcing council’s desire and staff’s support to maximize safety within the community,” Mattina told council.

The recommendation focussed on concerns about speed around school zones in the urban areas.

“There are five elementary schools located within the urbanized areas of Mapleton Township, which generally generate significant pedestrian activity in themselves. With the current and anticipated further growth of the township with respect to population, it is important that council act to ensure the safety of its residents,” the report states.

“This report reinforces Mapleton Township council’s desire to further increase safety for pedestrians within the township by further reducing the set speed limit within all urbanized areas from 50km/h to 40km/h,” the report continues, noting the safety initiative aligns with the townships corporate strategic plan “to promote a more walkable community.”

The recommendation followed previous measures approved by council to lower speeds in certain rural areas. At its Aug. 10 meeting, council passed a resolution reducing the existing 80km/hr speed limits on township rural roads fronting schools and parks to 60km/h.  Previously, in September of 2021, council had passed a bylaw implementing a 60 km/h speed limit in school zones in rural areas.

Councillor Dennis Craven expressed support for the measure, suggesting it should extend to rural areas as well.

“It’s quite well documented by all police forces, including the OPP, that speed kills,” said Craven.

“We’ve all been driving down our township roads and we suddenly come across a combine or a catch up to one that’s covering two thirds of the road, so we need to slow down, sometimes in a big hurry and if we had been slowed down a little sooner maybe it would help the safety of our people,” Craven added.

“So for that reason, I’d be certainly in favor of 40 in urban areas, and even 40 in our rural areas,” Craven continued, adding he would like to see the township write to the County of Wellington asking to have the speed limit reduced to 40km/h on county roads through urban areas.
“Because I believe that’s where most of the speeding on our roads takes place, on the county roads through the urban areas,” he explained.

Councillor Michael Martin said the recommendation goes too far and contended enforcement, rather than posted limits, is the problem.

“I don’t mind a reduced speed and Community Safety Zones, schools, that sort of thing. But I think it’s taking it too far for me to go to 40 across all our urban areas,” said Martin.

“To be blunt, I think it’s an enforcement issue with the current speeds that we have. I’m not sure reducing it even further is going to solve that problem. I don’t know when the last time any of you saw an OPP cruiser come through town, but I don’t remember. And it’s a good thing, right. I mean, we typically don’t, outside of speeding … have high crime rates. There’s not a lot of reasons for these guys to come through,” Martin stated.

“I just honestly, I just don’t think reducing the overall speed limit is going to make a difference because I actually don’t think, for the most part, we have issues. We certainly don’t have collision data to support the fact that there’s been an issue. We might have the occasional complaint,” said Martin, noting the township has tried to address speeding concerns through methods such as roadside speed display signs.

“I’m not sure the effectiveness of this if the county roads aren’t included,” said councillor Marlene Ottens.

“And I’m probably agreeing with Councillor Martin that I don’t see that going down to 40 is going to be effective when there’s no enforcement of the 50 at this point,” she added.

“But I will never agree with councillor Craven about lowering it to 40 on rural roads. I’ll never get to a meeting on time then … I think 50 within town is probably effective enough with the extra slow slowdowns in front of schools and in the safety zones,” Ottens stated.

“We design these open roads, with lots of space and so then people feel safer going faster. And if we want to reduce the overall speed limits we should – it’s hard to do now – but change the design of the roads, narrow it make people feel less safe driving fast and that will inherently drop the overall speed of traffic,” he explained.

“Excessive inappropriate speeds need to be managed. At some point we need to manage them,” said Mayor Gregg Davidson.

“Much has changed since urban speed limits, such as 50, were introduced, probably somewhere back in the ‘60s, including studies that show rates of speed and survival rates,” said Davidson.

The mayor cited data from a speed management session at an Ontario Good Roads Association conference that indicates vehicle speed has a direct relationship with survival rate.

“At 50 kilometres an hour, taking into account reaction time and stopping distance, there is a 1.5  in 10 chance of survival for a vulnerable road user that is struck by a motor vehicle … If we lower the speed to 40 kilometers per hour, that chance of survival now goes to seven in 10,” Davidson stated.

“It is time for us to reduce the speed limit in our urban areas,” he added.

Davidson disagreed with suggestions the main issue is enforcement.

“Our job is to set the speed limits. It’s the OPP’s job to enforce them. Our job is not enforcement. We are the people that manage what the speed should be,” he stated.

“And to say that we don’t see police in this community, I do see police in this community. Now maybe you don’t see it because you’re not here. But they are coming through our community. And we have had speeding tickets issued. In fact, I think it was in Alma, they gave out a whole bunch of tickets there just last month. So they are in our community and they are doing the enforcement that they’re supposed to be doing. Can we get them to come more often? Sure we can. We just have to keep asking,” Davidson continued.

Davidson pointed out studies show that once speed limits are reduced, 25 per cent of drivers will immediately adhere to the new limit.

“And I don’t know about you, but when I drive on the roads in our community, I don’t go much more than 40 already. So, to me, dropping down to 40 is not a big deal. Most people probably already do 40. And the people that are going higher than that, maybe down River Run (Road), because it’s down a big hill and around a corner, they need to put on the brakes and that’s when we get the OPP involved,” he stated.

A motion to receive the staff report and implement a 40km/h speed limit in all urban areas of the township was defeated three votes to two, with Craven and Davidson in favor and Martin, Ottens and councillor Paul Douglas opposed.