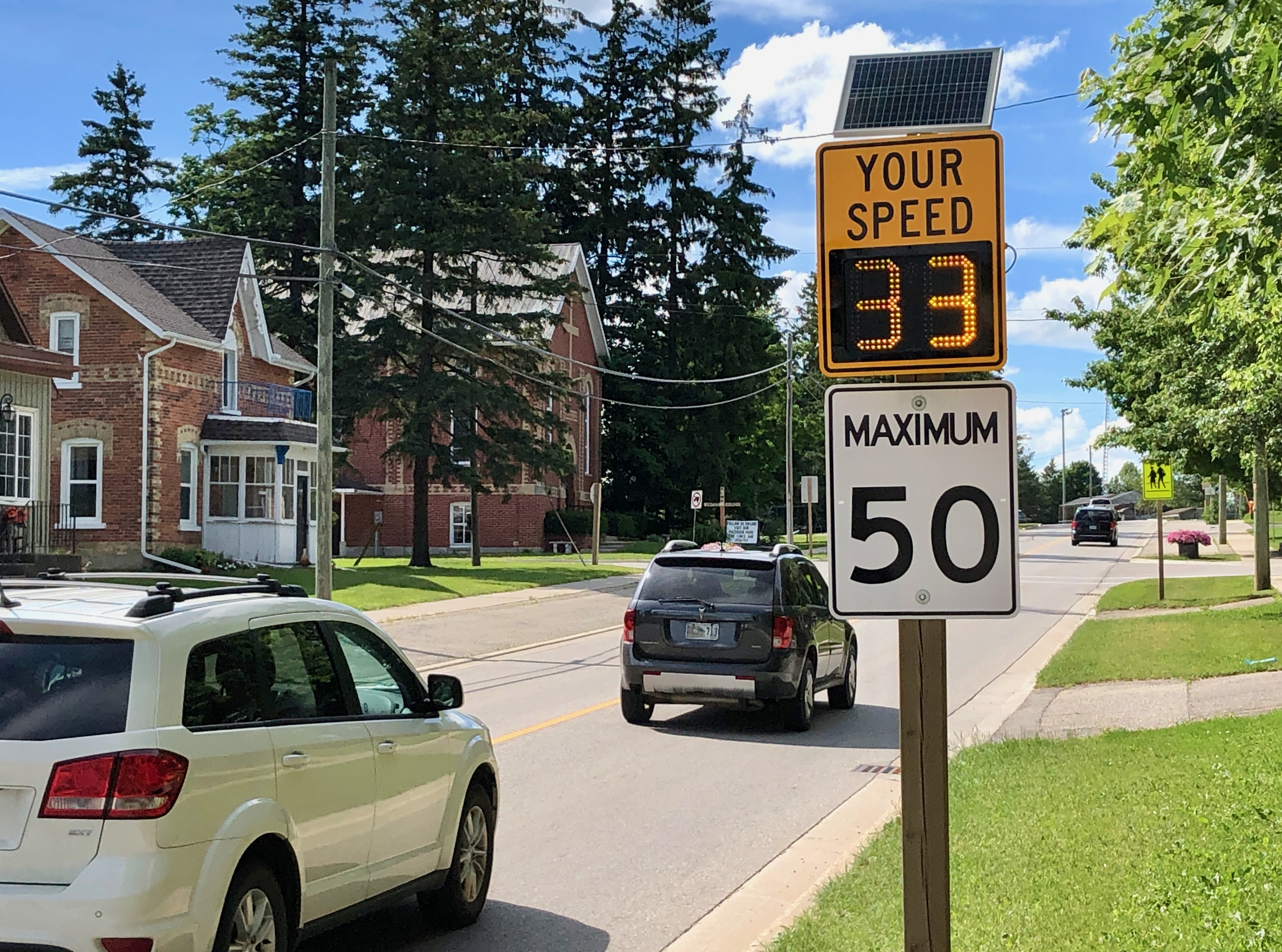 The township-wide traffic calming proposal evolved from discussion of a motion by councillor Paul Douglas to look at options for such measures in the area of River Run Road and Andrews Drive West in Drayton.

Douglas noted he heard from a number of local residents concerned “about the high rate of speed” in the neighbourhood.

“It’s not a large volume of traffic, but there’s some very high rates of speed,” said Douglas.

“River Run is about a kilometre from end to end, pretty open with gentle curves and you can get up a lot of speed.

“Andrews coming off Wellington Street comes down the hill, around a bend and there’s just been a lot of chatter about the speed.”

Douglas added, “Kids from across town come and bring their skateboards and scooters and come down the hill … and it just seems like a bit of an accident waiting to happen.”

Mayor Gregg Davidson agreed there are problems in the area, but added it’s also something that happens throughout the township.

“I know it’s something were dealing with in Alma as well, with people using Nesbitt Street as a raceway at times and we see it also in Moorefield,” said Davidson.

Councillor Marlene Ottens wondered is the issues “could be part of a broader safety study given the issues we have in Alma – and we want the crosswalk put back in Moorefield as well – if we could put it all together instead.”

Davidson said, “I understand where councillor Douglas is going,” but he agreed with Ottens’ holistic approach suggestion.

“I personally would like to see the Township of Mapleton staff create a traffic calming policy for the entire township and then we wouldn’t have to go from one road to the next road for every complaint,” said Davidson.

“Should it be stop signs, yield signs … speed bumps, whatever? There’s different things that work in different areas and I think that’s the sort of thing we have to investigate – crosswalks, all of it,” she added.

Douglas asked what the “timeline” would be for a township-wide study.

“We have a fairly big township,” said CAO Manny Baron. “I don’t want to promise something we can’t deliver.”

Baron indicated he would provide an answer on the timeline at the Aug. 10 meeting.

Council approved an amended version of Douglas’ motion, which directs staff to create a traffic calming policy for the township.

Later in the meeting Davidson submitted a notice of motion to limit speed around parks and schools in the urban areas of the township to 30 km/h and to 60km/h in rural areas.

The motion will be discussed at the Aug. 10 meeting.