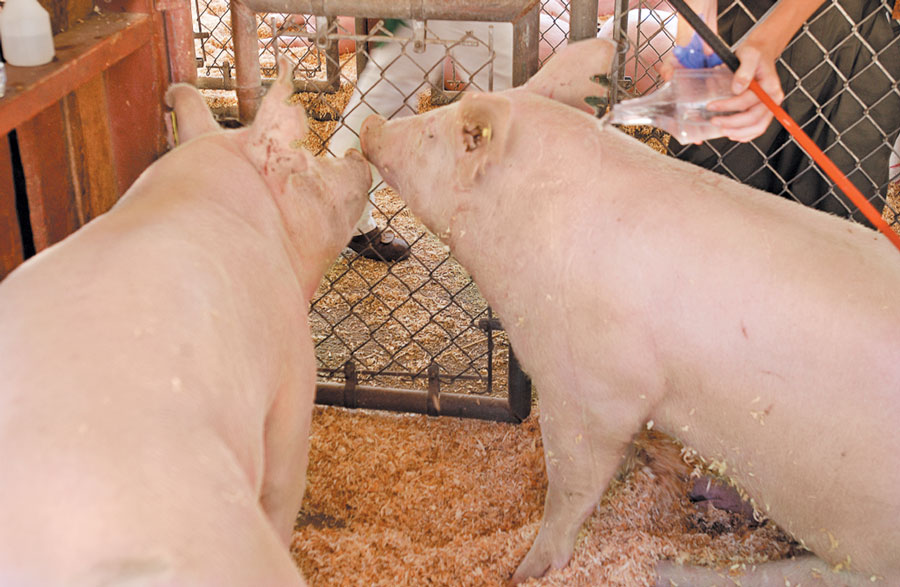 WELLINGTON COUNTY – It has been just over two weeks since China suspended all imports of Canadian meat including pork and beef products and already industry leaders say local producers are feeling apprehensive.

On June 26, China requested Canada stop issuing export certificates after a shipment of Canadian pork to the country was found to contain ractopamine, an additive permitted in Canada and the States but banned in many other countries including China. Ractopamine, which experts say is not commonly used by Canadian producers, is also permitted in Canadian beef.

The finding led to an investigation that ultimately found 188 falsified veterinary health certificates for Canadian pork, the Chinese embassy stated on June 26.

According to statistics provided by the Ontario Ministry of Agriculture, Food and Rural Affairs (OMAFRA), based on the 2016 census, there are 111 hog and pig farms in Wellington County making up nine per cent of the total number in the province.

Similarly, there are 381 beef cattle farms in Wellington which account for 5.6% of the provincial total.

While the ban has yet to impact producers at the farm level, local farmers are afraid of what the ban could mean for the industry should it continue.

Ontario Pork vice chair John de Bruyn told the Advertiser at a presentation on July 2 that producers are feeling “apprehensive.” 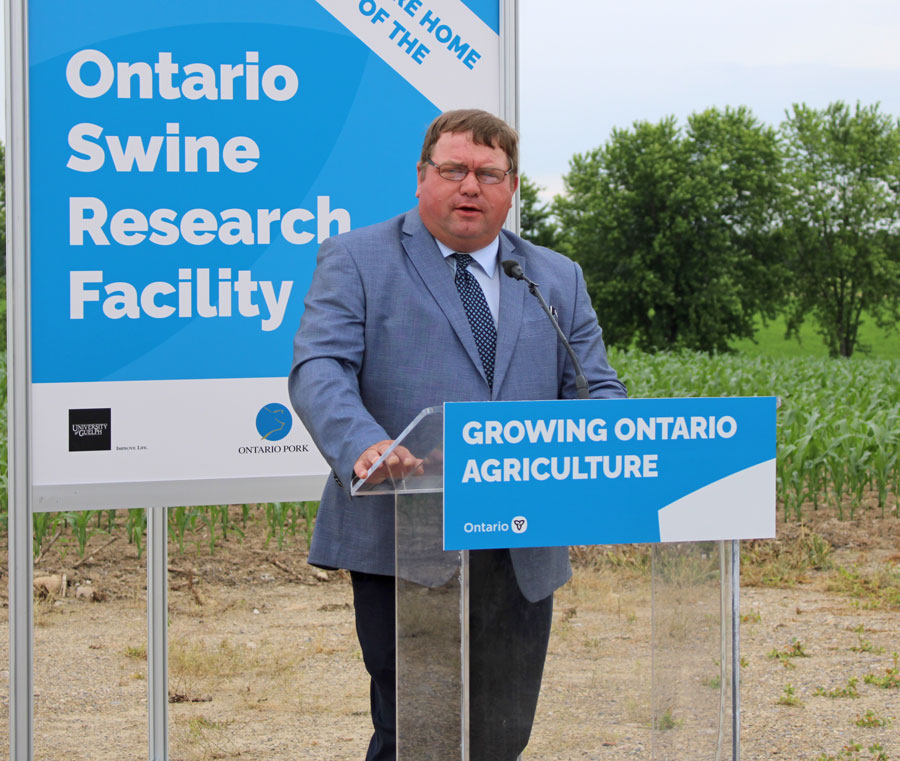 “I am not sure if the implications have trickled down to the farm level yet but I am sure they will depending on how long the issue goes unresolved.

“I have talked to a few [hog farmers] over the weekend and I think we are all a bit apprehensive right now because China is an important market … for Canadian pork and so apprehensive is probably the right word to use about our future,” de Bruyn said.

Beef farmers are sharing in the feeling of uncertainty.

“We are still getting a handle on whether it’s impacted the market price. That fluctuates every week anyway so it’s hard to get a sense whether it has changed that,” said Centre Wellington resident and Beef Farmers of Ontario president Joe Hill.

“Initially it’s just put a lot of questions and doubt and stress on the producers just not knowing what is happening,” he added.

What is clear is the longer the ban remains in effect, the greater the impact it will have on prices.

According to Elora resident and University of Guelph associate professor Mike von Massow if the ban were to be lifted soon the Canadian pork and beef industries would recover quickly.

However, if the ban were to go on for months the markets would start to see impacts on pork prices, said von Massow, a food economist in the department of food, agricultural and resource economics at the university.

Canada is able to export what von Massow called lower priced cuts to China, or parts of the pig carcass not typically consumed elsewhere like pigs’ feet.

While von Massow said he expects ultimately the US would fill the demand vacated by China for Canadian pork products, Canada would still see price reductions because the US would not fill certain gaps including the demand for lower priced cuts.

Already the ban has prevented Canada from capitalizing on growth in the Chinese pork market.

“Canada had grand visions of … more than doubling our exports of meat to China,” he said.

“There was an expectation that Chinese demand for pork and beef was increasing. As incomes come up, pork demand was expected to go up even more because of the problem they are having with African swine flu in China. They are liquidating hundreds of thousands of pigs.”

Despite the impending decrease in prices, von Massow says it will not be reflected in the grocery stores.

“While pork prices will likely go down some at the farm level … it’s unlikely we will see a whole lot of impacts, particularly in the short term, at the grocery store.”

However the ban is unlikely to be lifted while tensions continue to mount between the two countries over Meng Wanzhou, chief financial officer for technology company Huawei,  who remains under house arrest in British Columbia on a US request for her extradition.

Soon after Wanzhou was first detained in December China began banning Canadian canola in March because Chinese officials said they had found dangerous pests in the product.

In 2018 the total value of Canadian canola exports to China was $4.4 billion, according to the canola council of Canada.

Because of the political nature of the ban, von Massow said there is very little producers can do to mediate the effect of the ban except wait.

“I think what we will see is both the Canadian government and the national organization look at alternate markets for our Canadian premium pork and diversify so that we are less dependent on China, but that’s not something that someone on the ground in Wellington County can do individually,” said von Massow.

Wellington Federation of Agriculture (WFA) president Janet Harrop said she is concerned about what effect the China ban could have on farmers’ mental health in the area if it continues.

“Sometimes bans happen politically, for reasons totally outside of the control of the producer and it creates an environment of uncertainty which is pretty catastrophic to the agricultural world there is so much global insecurity right now,” said Harrop.

“This uncertainty of not knowing whether you are going to have a market for you product is … you can’t plan, it causes a lot of uncertainty which from a mental health perspective is pretty catastrophic.”

Minister of Agriculture, Food and Rural Affairs Ernie Hardeman addressed concern over the China ban during the announcement of a new swine research facility in Elora on July 2. 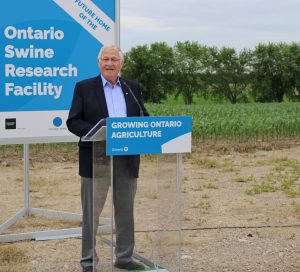 “We want to assure our friends in Ontario Pork and the Beef Farmers of Ontario that I, our premier and our government stands with you during this trade disruption with China,” said Hardeman.

“In the interim, I want everyone to know that we are exploring ways to help our beef and pork farmers develop and diversify new markets and opportunities for their products,” he added.