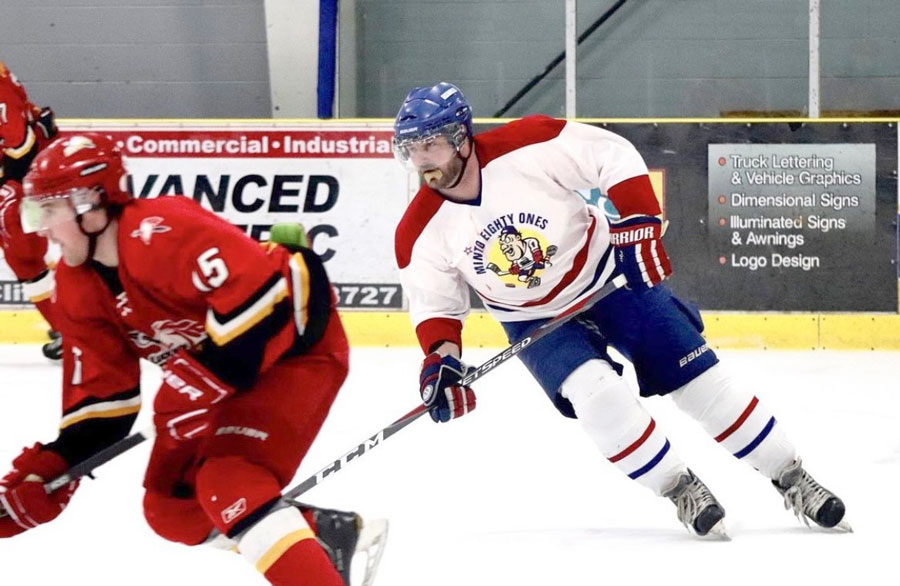 Corey Allen a forward with the Minto 81's, is set to compete in the inaugural Ice Wars competition in Alberta on May 21. Submitted photo

PALMERSTON – With hundreds of fights under his gloves over decades of competitive hockey at various levels, Minto 81’s forward Corey Allen could certainly be considered an ice warrior.

So, when Allen saw an online invitation for competitors in Ice Wars International, an emerging sport in which combatants duke it out on ice for prize money, he sent in some video clips of his hockey fights and quickly drew the interest of organizers.

He’s now set to be one of eight competitors in the heavyweight division of Ice Wars International’s King of the Rink competition, a pay-per-view event taking place at the River Creek Casino in Enoch, Alberta on May 21.

Broadcast on FiteTV, the event is the first in a series of such competitions organized by fight promoter A. J. Galante, one-time manager of the defunct Danbury Thrashers, an American minor professional team that played in the United Hockey League.

The Thrashers were known for fighting and goon antics and eventually disbanded after owner Jimmy Galante, A.J.s father, was jailed on changes resulting from an FBI investigation into, among other things, organized crime involvement in the garbage industry. (The story of the Galantes and the Thrashers is detailed in the Netflix movie  Untold: Crime and Penalties)

Allen has been with the 81’s for nine seasons and played 17 years in the WOAA senior hockey circuit.

“I’ve been a fourth line guy for the whole time I’ve been there,” said Allen, who describes his role as “enforcer” and didn’t score a goal during the 2021-22 season.

“When I first started it was the league that had two fights a night and that petered out a little bit, and now it’s gone down to one fight and some suspensions afterward …. developed into a faster sport,” he notes.

Allen was selected to be one of eight contenders in a heavyweight division at the Alberta event.

The Ice Wars bouts will look very much like a typical in-game hockey fight, minus the elbow, slash or cross-check that generally precipitates such affairs.

“You start with a helmet. No visors of course,” he added.

Because the event is in a casino, rather than a rink, matches will be on synthetic ice.

“A lot of us guys that are in it are currently training on synthetic ice so that we can stand up on it, get the feel of how it is compared to real ice,” said Allen.

“It’s super different. The glide’s not there, your skates hook up a bit more,” he added. 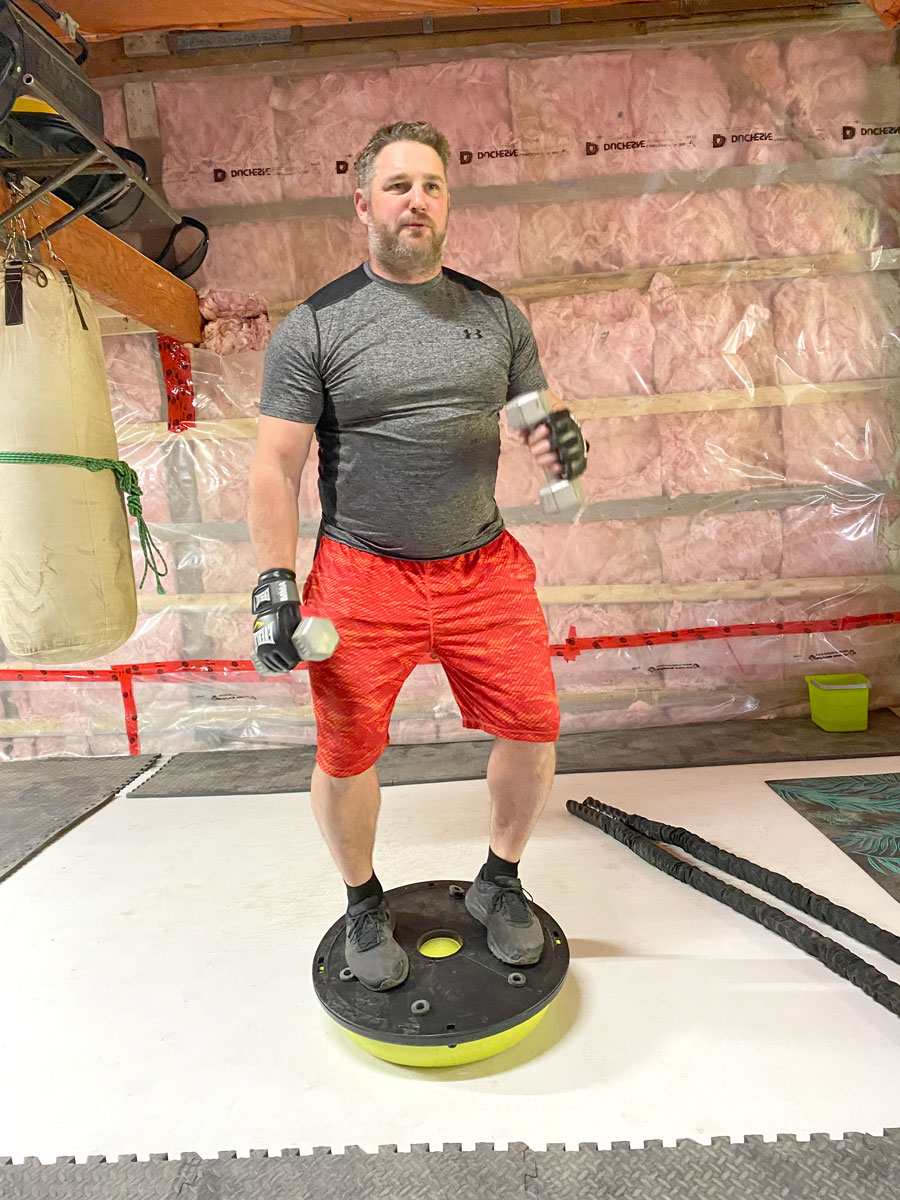 Corey Allen has been working out in preparation for his participation in Ice Wars International’s first King of the Ring competition, a pay-per-view event set for May 21. Submitted photo

Hockey fights aren’t generally scored, except perhaps by television analysts, or  fans over post-game pints. To determine winners, Ice Wars bouts, which consist of two one-minute rounds with a 45 second break in between, will be judged by former “enforcers” with pro hockey experience.

Unlike his on-ice duties in the WOAA, Ice Wars is a paying proposition for Allen, who once had a professional tryout with the Texas Brahmas of the Central Hockey League.

“I’ve signed a three-year contract, 36 months. And it’s for essentially six tournaments, if I’m good enough to carry on. If I go out in the first round, that could be it for me. But if I finish in the top three or four, they could bring me to the next tournament.”

Allen has been getting training tips from former NHL tough guy Aaron Downey, as well as a boxing coach, and says he isn’t worried about getting hurt during Ice Wars.

“I feel more confident now than I ever have probably going into a hockey fight,” he said.

“I’ve prepared for it my whole career … I’ve got over 200 fights in the senior hockey league and down into juniors with the (Mount Forest) Patriots and everywhere else. You’re always going to get the pre-game butterflies that you get when you know you’re facing a team with somebody that you’ve got to go against, but it’s been little bit different in the last month. I’ve been training and the mental preparedness for it is just there.”

More information on Ice Wars International can be found at: www.iwifights.com/.