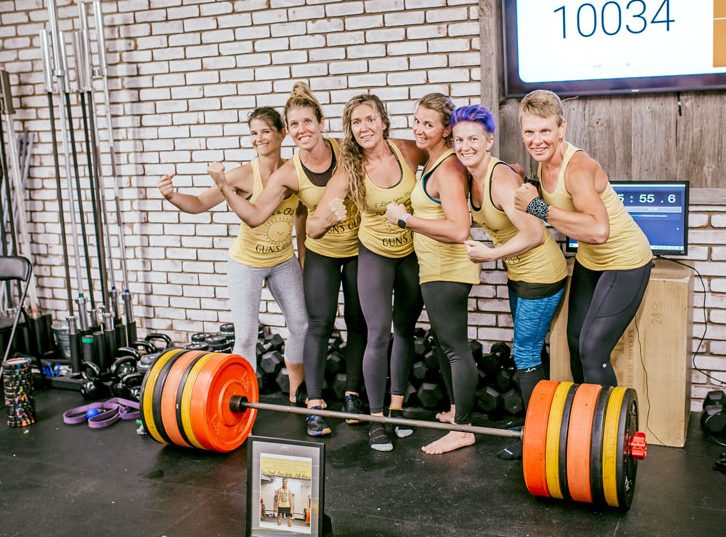 MAPLETON – Two local women are part of a team that has set a new world record for the number of chest-to-ground burpees performed in a 12-hour period.

Officially sanctioned a Guinness World Record on May 20, the tally of 10,034 was achieved at New You Personal Training Studio in Listowel on Aug. 28, 2021 by Alison Brown and Leona Ottens of Mapleton, Katie Battams and Ashley Crabb of Listowel, Corrie Boer of Atwood and Angelika Veens of Fordwich.

Brown had set an individual world record for most chest-to-ground burpees a couple of years prior and, although it was later broken, she wanted to share the experience with others.

“I kind of saw this snowball effect of these women coming and attempting and breaking this record,” she said.

” And I thought it was pretty inspiring to see women rise up and say, ‘Okay, you did that. I see you. I’m going to try to beat you’ … This is a really great, healthy competition,” added Brown, who has since become friends with Belinda Cox, who beat her individual record.

“So I thought, why don’t we get a group of women together to do a bigger event that will inspire other women as a group to get together and do a big event?” she told the Advertiser in a telephone interview.

“A lot of our coaches and athletes at New You Personal Training Studio in Listowel love burpees.

“I know we’re weird. Most people hate them, but we really do love them. And I thought let’s get a group of girls together and do this record.”

Brown had found a 12-hour burpee record achieved by a mixed team and decided to apply to set a 12-hour record for a female group.

“So that’s what we did, and Guinness approved it.”

The team’s plans were almost derailed by tragedy just a few months prior to the attempt when Matt Ottens died in a boating accident at Conestogo Lake on June 13.

“Leona was on our team, her husband, tragically drowned in June. So our event was scheduled for August, and we were training for that,” said Brown.

“And so it just felt right to pivot and honour him and do a dedication towards him.”

Although the team offered understanding if Leona wanted to step back, Brown said, “she is an amazing woman and she wanted to still be a part of it.

“So it just felt right to make sure that it still happened. Knowing him, he would want the show to go on.”

Brown added, “I really think that Matt would be so proud of Leona. August 28, was just a couple months after he had passed. And she did amazing.”

Any series of them quickly becomes a pretty intense work out. 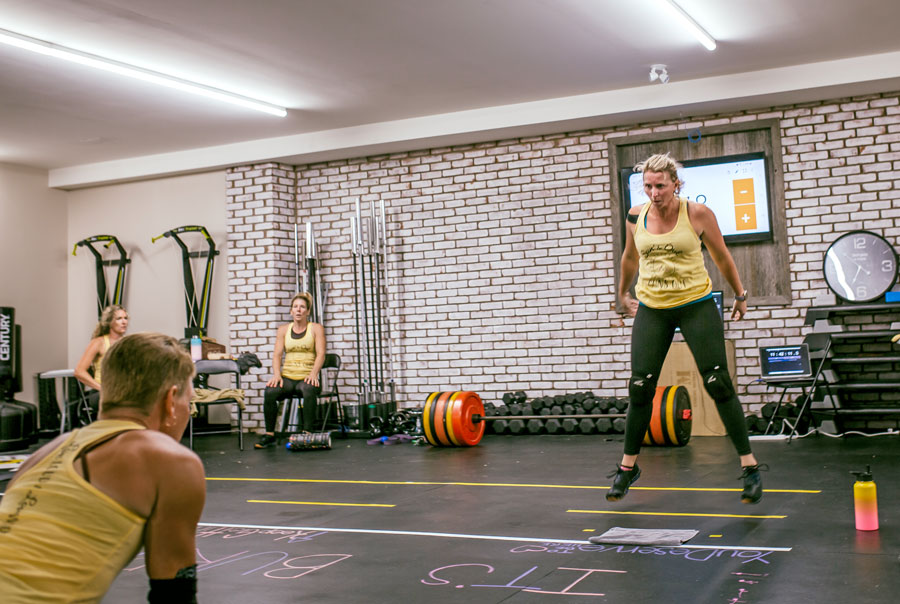 Ashley Crabb, right, takes a turn doing chest-to-ground burpees as her teammates rest up during a successful world record attempt on Aug. 28, 2021. Candace May Photography

Parameters set by Guinness for the record meant only one team member could be doing burpees at a time.

“There was six of us on the team and we really didn’t necessarily know … the best way to approach it as far as how do we get the most amount of burpees,” Brown recalls.

“But we knew that we wanted to give each of our teammates enough rest, so that they felt recovered enough to be able to last for 12 hours.”

The team agreed to start by switching off every five minutes.

With a goal of over 10,000 burpees for the record, the group realized late in the attempt that they could fall short.

“My husband approached me and said, if you guys don’t pick up your pace, you’re not going to make the record,” said Brown.

“So we switched our approach about the 10th hour in and we went to one minute max effort. So a little bit less rest for each athlete, but a little bit more output. So we were able to do more burpees in that one minute timeframe. And so that’s how we finished the last couple of hours,” she explained.

Brown realized early on that the 12-hour event was going to be more challenging than anticipated.

“Honestly the hour (her previous record) was a lot easier. And the hour was hard. Twelve hours? I don’t think any of us really realized the magnitude of 12 hours,” she said.

“At hour four … I can definitely say I hit a wall and I was thinking ‘Oh my goodness, we still have so much more to go.’

“But we did it and we rose to the occasion and right down to the wire … we got 10,034 burpees, so we got 34 over what we were hoping to get, which was awesome.”

Brown said team members are “pretty proud” of the accomplishment.

“It was awesome for it to get officialized. It was quite a process,” she noted.

“In order to acquire the record, we had to have four-hour increments of judges there watching us and we had to have 12 hours of video footage from the front, from the side, just to be able to prove and officialize everything.

“So I think that was an accomplishment in and of itself just to get all of that material to Guinness.”

Brown is hoping the record will be viewed as a challenge for others.

“My hope is that some amazing group of women come along and rise to the occasion and see us and hopefully beat us,” she said.

Is there another world record in the group’s future?

“We’ve all agreed we will never do 12 hours again. I think we all realize how crazy 12 hours was. So if anything ever comes up again, you can bet it will be shorter,” Brown stated.

On behalf the team, Brown offered a thank-you to those who volunteered to help out with the effort.

“Thank you for everyone that helped us to host the event, people came in, fed us, made sure that we were fuelled throughout the whole day, which we needed to be,” she said.