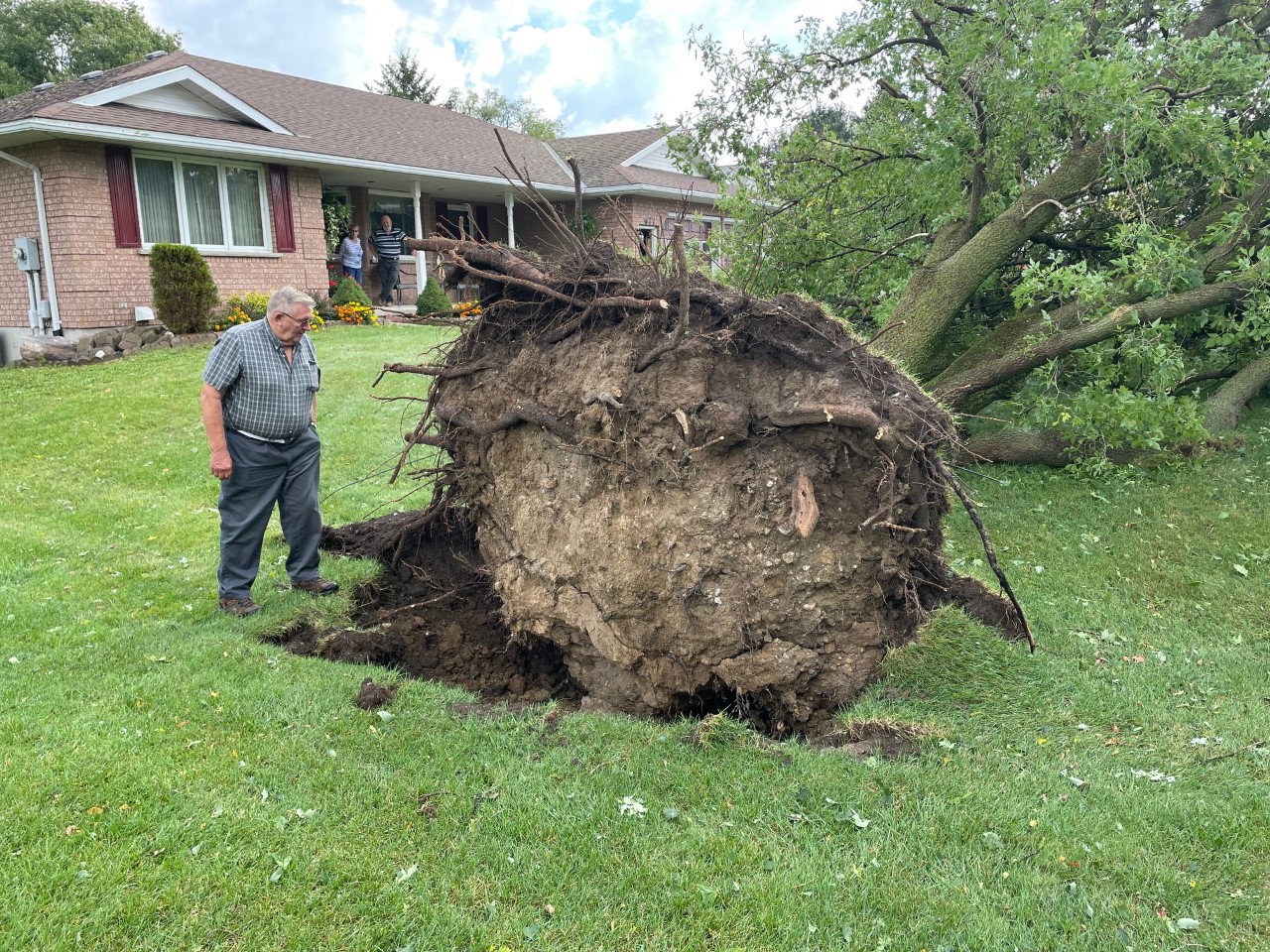 Mount Forest resident Joe Meyer inspects the damage to a large tree uprooted at his Queen Street home during a Sept. 7 storm. Photo by Patrick Raftis

Joe Meyer and his wife Kathy were at their Queen Street home when the Sept. 7 storm began.

“It got real dark and quiet. Then it started hailing – big hail,” Meyer recalled as he surveyed the damage the next morning.

The Meyers went to their basement until the storm noise abated and emerged to find “trees laying all over the place,” he said.

A large tree on Meyer’s front yard was completely uprooted and another tree nearer to the road was “basically split in half,” he added. 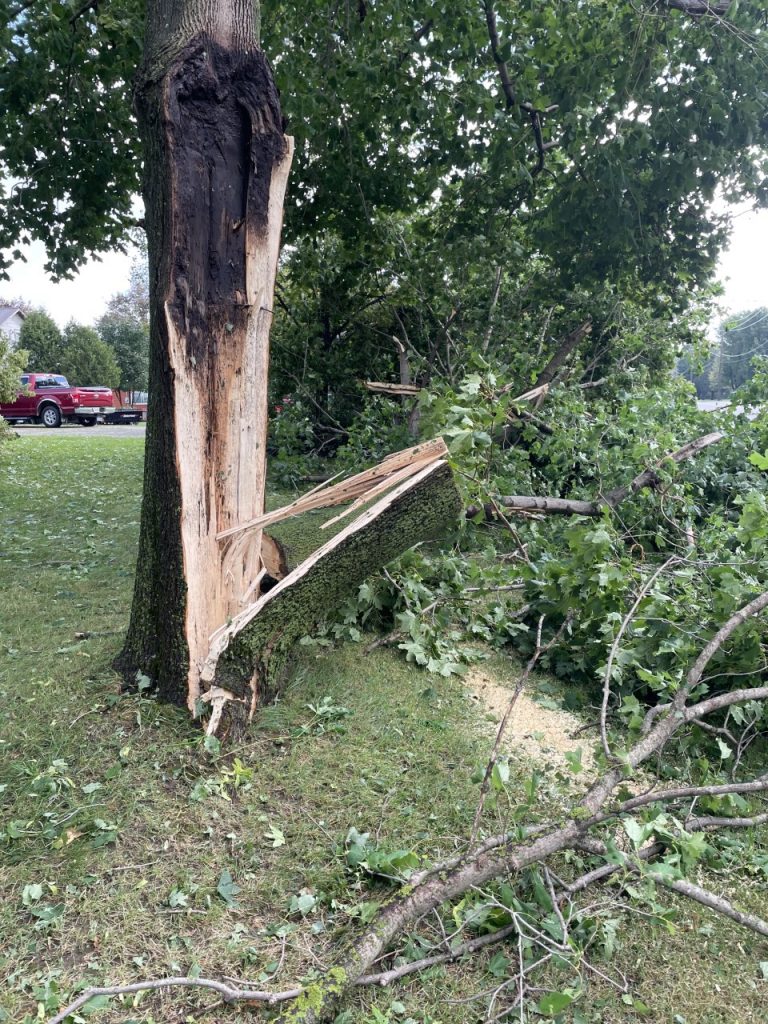 Mount Forest resident Joe Meyer said this tree in front of his property split in half during a Sept. 7 storm and fell onto Highway 89, causing a traffic hazard until removed by public works crews. Photo by Patrick Raftis

The latter tree had fallen onto Queen’s Street West (Highway 89) causing a traffic hazard until public works crews arrived to remove it later that evening.

“Cars were driving almost into the ditch to get around it,” Joe observed.

The Meyers’ home was not damaged in the storm, but Joe said they lost power from about 6:30 to 9:30pm.

Hundreds of Hydro One customers in large sections of northern Wellington County were still without power mid-morning as a result of the storm, which included reports of tornadoes and substantial property damage in the Lucknow and Point Clark areas.

In Kenilworth, the public school was closed for the day and the Wellington North municipal office was closed for a couple hours due to a power outage.

While disappointed about the loss of mature trees on his property, Meyer pointed out it could have been much worse.

“At least the house is still standing,” he said. 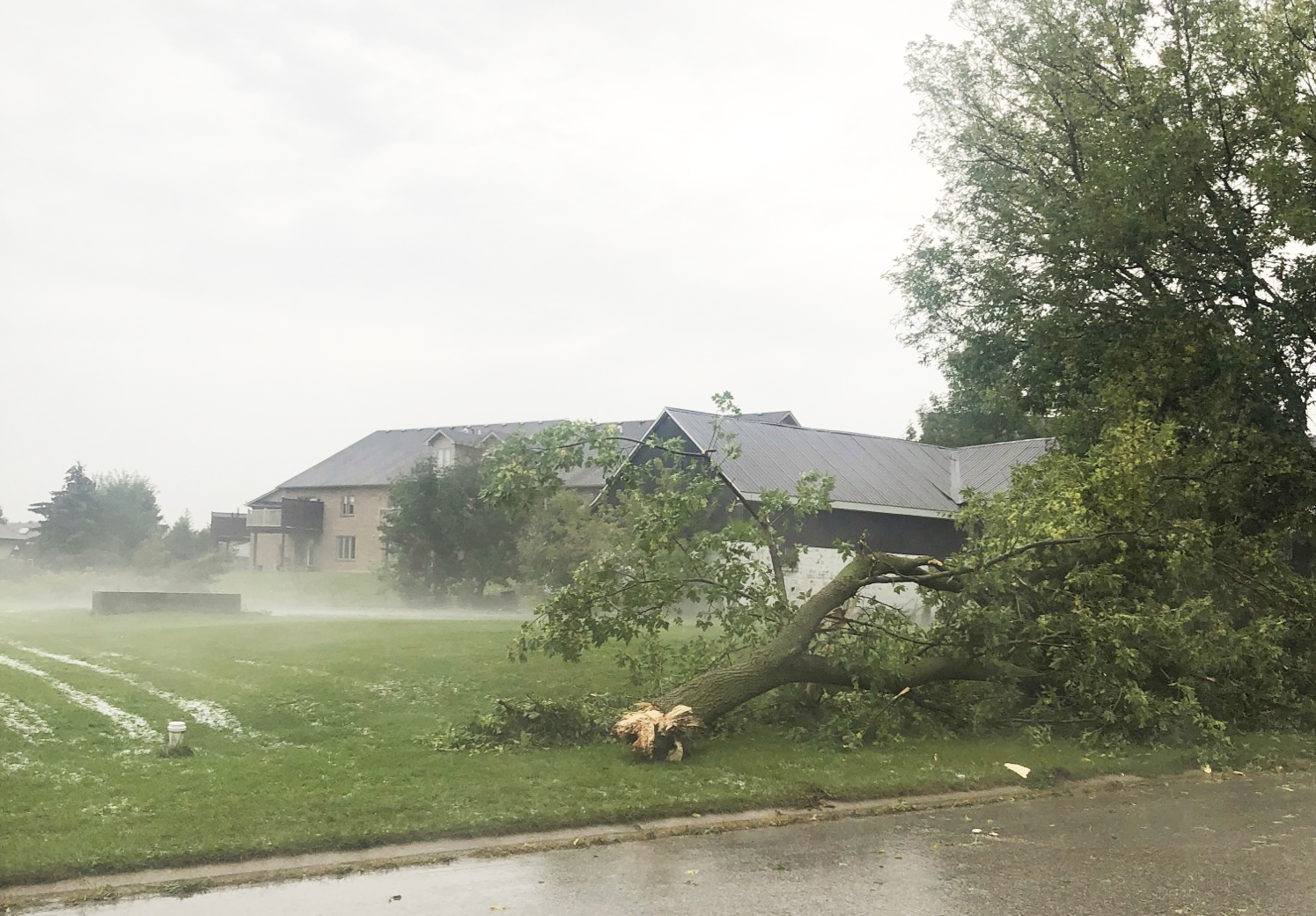