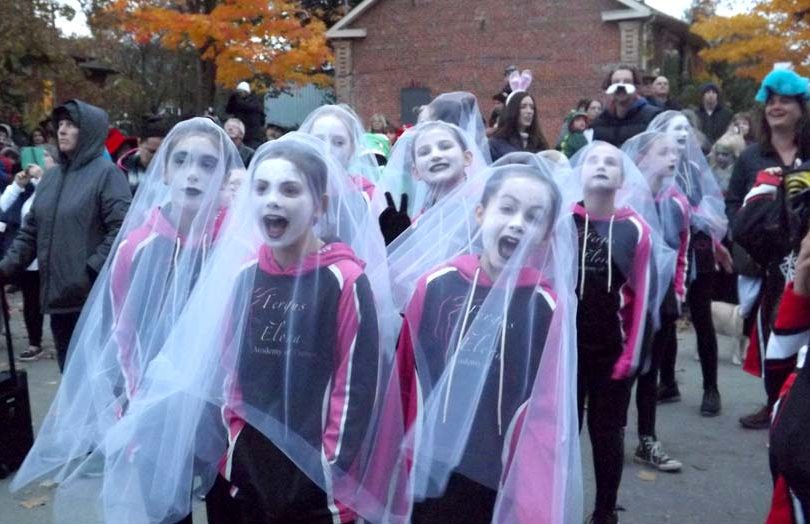 ELORA – It might be October in other places, but in Elora it’s called Monster Month.

And that brings a host of events and ghoulish fun in the weeks leading up to Halloween.

It begins with murder – the Murder of Crows Scavenger Hunt that is.

“The crows of Elora have been busy this season, stealing away all sorts of Halloween trinkets,” organizers at the Elora BIA state in a press release.

“They’ve hidden their loot in shops all around town.”

Your mission is to find them – hidden in plain view in the painted shop windows dotting the village core.

Match the merchant to the trinket and submit your complete scavenger ballot list for a chance to win one the three $100 gift cards to spend at a BIA business in downtown Elora.

Ballots are available from any participating shop and completed ballots can be dropped off at the Geddes Street Market at 165 Geddes St., or the Elora Tourism Office at 10 Mill St. East.

The deadline is Oct. 31 and winners will be notified by email on Nov. 1.

Then there’s the Monster March, where everyone is invited to dress up and join in or hang on the sidelines and watch.

It is slated for Oct. 22 at 6:30pm and because of construction, there’s a new route this year.

Participants are to meet at 6pm in McDonald Square and the march commences at 6:30pm.

The route goes along Colborne Street to Chalmers Street, south on Chalmers to East Mill Street, then along East Mill to the east entrance of Bissell Park, wrapping up at the KIPP kitchen. 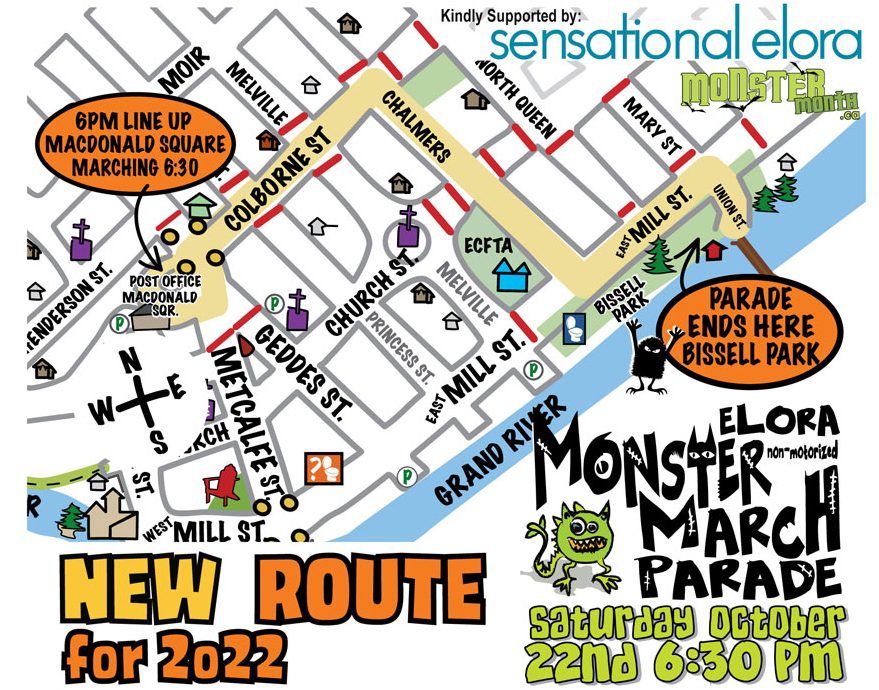 There’s a new route for this year’s Monster March on Oct. 22. Submitted image

But don’t run away. There will be a dance after-party hosted by the Sparrows kids’ group.

And speaking of kids, the Monster March is offering a Wicked Wagon contest this year for the best-decorated float.

In this non-motorized parade, that means strollers or wagons. There is no entry fee; the only stipulation is that the stroller or wagon conversion can be safely pulled along the route.

The three winners will be announced at the end of the parade at 8pm. There will also be free treats for the kiddos.

Because food insecurity is scary, participants and spectators are asked to bring a donation for the local food bank.

Donations can be dropped at McDonald Square before the parade or at the KIPP kitchen at the end, and will be picked up by volunteers along the route.

For more information about these and other Monster Month events, visit www.elora.info or www.monstermonth.ca.