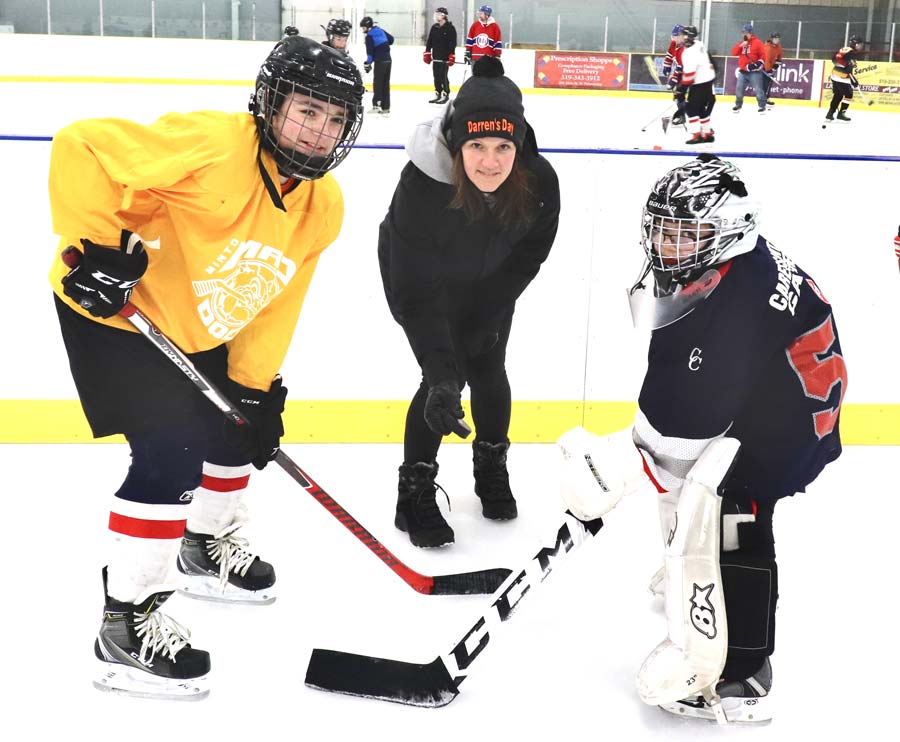 Participating in a ceremonial face off for a Darren’s Day shinny session in Palmerston in 2020 were, from left: Clayton More, Pam More and Jasper More. Advertiser file photo

MINTO – A Palmerston youth is getting a boost from his hockey team as he prepares for a trip to Italy for medical treatment.

To help raise funds, anyone can drop off their empties at the depot during regular hours of operation.

Additional monetary donations are also being accepted at the depot.

Jasper, 14, who was diagnosed with MPS in 2011, was just the seventh person to undergo a new gene therapy regimen, which involves a one-time cell infusion followed by weeks of monitoring and tests.

Along with his mother Pam and siblings Daphne and Clayton, the youth spent several weeks in January of 2020 in Naples, Italy, where he received the treatment as part of a clinical trial.