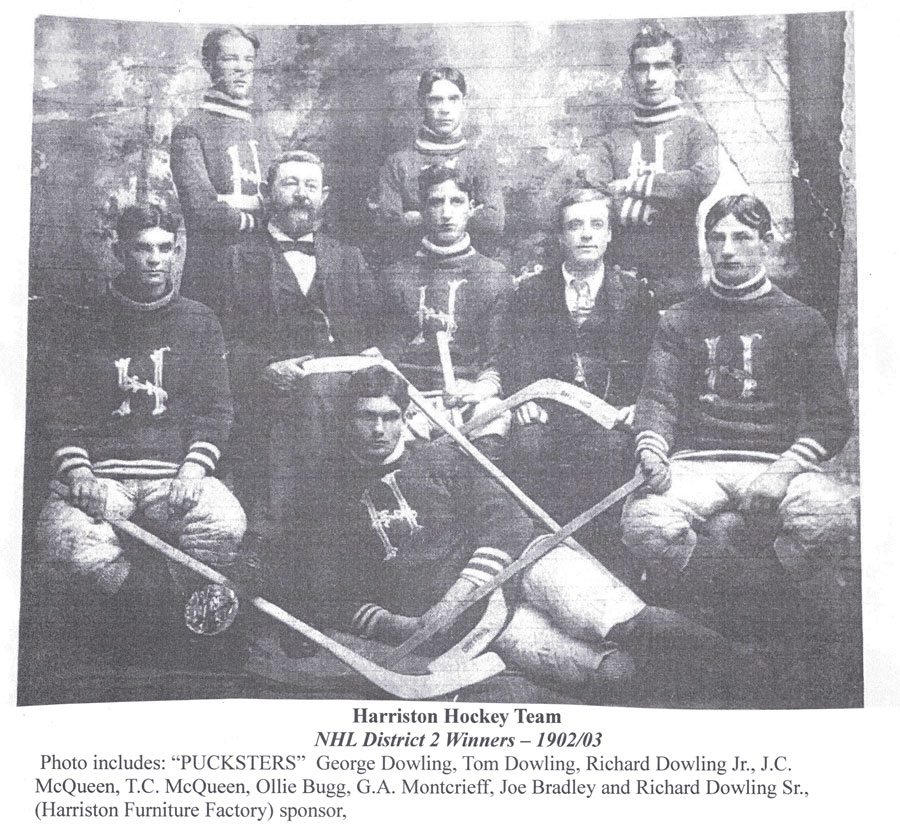 HARRISTON – This article sheds light on a little-known aspect of local history that I stumbled upon while researching local family history.

Harriston intermediate hockey players from the turn of the century were credited with being the originators of hockey’s famed “power play.”

The team’s ingenuity to execute a well-planned system was part of their success. Local newspapers waited eagerly to print the results of their games for their readers. Known then and today, the power play is a strategy used when a team has a one- or two-man advantage due to penalties. From 1900 to 1904 the Harriston team dominated the Northern Hockey League with their power play strategy which give them a successful scoring advantage.

They were all born in Harriston, Ontario, and like most youths, they were keen to get on the ice. Their early days in hockey progressed into a close-knit friendship that lasted until their days end. 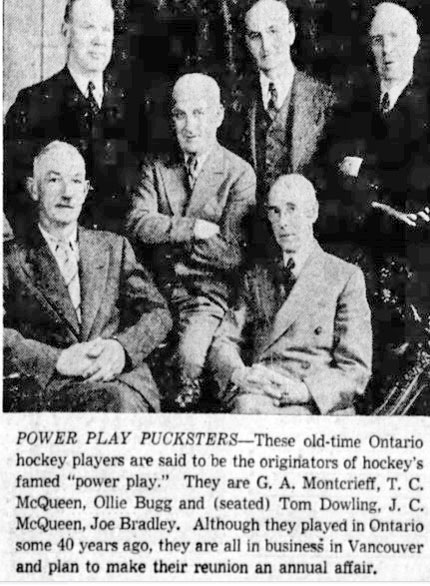 In those good old days games were two half-hour periods with no substitutions allowed. There was no professional hockey in Canada until 1917 and the amateurs were masters of all they surveyed.

Games were played in Listowel, Kincardine, Guelph, Lucknow, Wingham, Owen Sound and Walkerton to name a few. Special trains were chartered for each game and the hometown band travelled with the team.

It was against Wingham that the lads first pulled off their power play resulting in five goals in six minutes. Penalties were served in their entirety at that time. Shoulder pads and knee pads were unheard of in those days and as a result the players carried many a hockey scar.

When finished their schooling, some found jobs at the Harriston Furniture Factory (owned by Richard Dowling, father of two of the players), the Broom Factory and the Bradley Tailor Store.

Soon, the idea to move on was unanimous and hearing of opportunities in Vancouver, they left for the west, far from their youthful puck battles.  They had little trouble finding work and starting their own business. The players all retired in that area.

The Pucksters bond continued, reminiscing of the old hockey days at their annual reunions that were held well into the 1940s in their second home town of Vancouver.