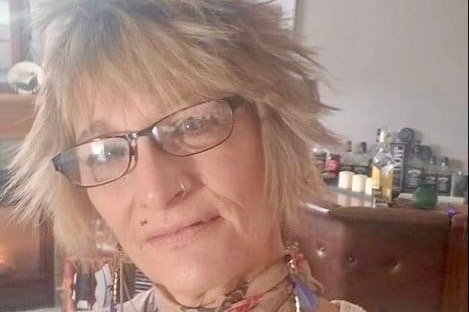 FERGUS – A GoFundMe account for Cathy Bilton has surpassed $7,000 in two days  – and that’s been heartwarming for her family, says her ex-husband Peter Serra.

Bilton is the Fergus woman who was airlifted to a Hamilton hospital on May 23 after her clothes caught fire at a recreational backyard fire.

“She’s in critical care in the burn unit and unconscious, but stable,” Serra said in an interview May 29.

“She’s had two surgeries so far. The surgeons won’t say if she’ll make it.”

Serra and Bilton had three children together when they were married. She has a fourth child, with her current husband Rod.

The children are grown, Serra said, and doing their best to handle the news.

“One daughter is a nurse and she thinks Cathy will need help when she eventually gets home,” Serra said.

“She may need to make changes in the home and so forth. So I started the GoFundMe account.”

Bilton is well-known in Fergus as the owner of hairdressing studio, Razor’s Edge, and would often make house calls to clients who had trouble getting to the studio.

The GoFundMe page describes Bilton as an avid gardener, animal lover and the “life of the party.”

According to the page, Bilton and her husband were enjoying an evening bonfire on May 23 but “in a terrible turn of events involving high winds that evening, Cathy’s clothes caught fire. The flames were extinguished, but not before extensive 3rd and 4th degree burns to her leg and 60% of her upper torso and head.”

Serra said people heard about the incident and are only just learning it was Bilton who was so badly burned.

“Everybody is in shock as they are hearing the news,” he said.

The family’s fears and concerns are compounded as they can’t see her because of COVID-19, Serrs said.

But the success of the GoFundMe campaign is both heartwarming and useful, as it will be a long and difficult recovery for Bilton, he said.

The view and/or donate to the campaign, click here.