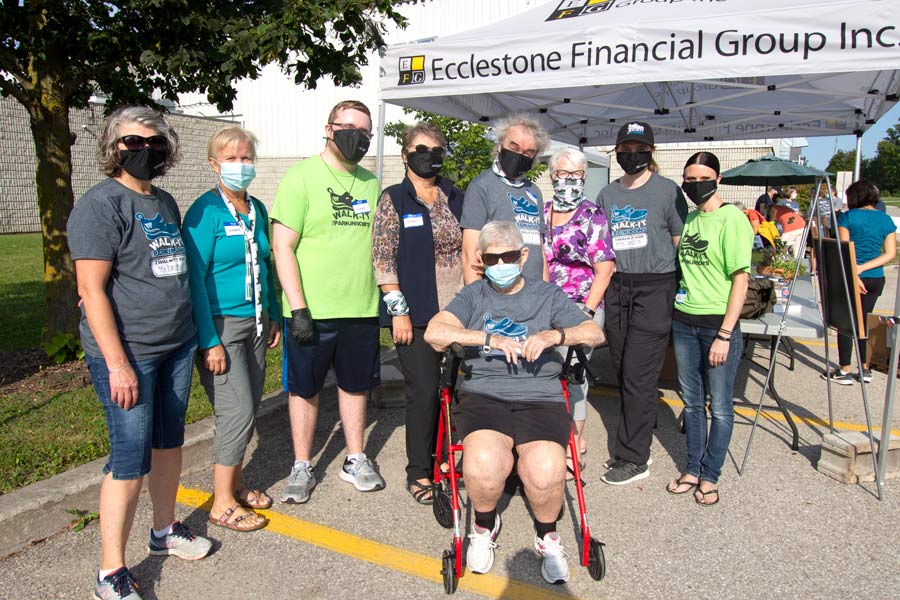 FERGUS – The local chapter of the Parkinson’s Society raised $16,000 last  weekend through its Walk for Parkinson’s event.

Robert Ecclestone, who was diagnosed with Parkinson’s in 2007, is a walking, talking, living example of how the funds, used for research, education and support, can really help people with the disease.

“Awareness is key,” the Fergus man said as teams of walkers began arriving at the walk site behind the Centre Wellington Community Sportsplex  in Fergus on Sept. 11.

Ecclestone underwent a new form of treatment in 2012 and the result has been life-altering for him, he says.

The method is called deep brain stimulation, where probes are connected to sites in a patient’s brain and to a transmitter embedded in their chest.

The transmitter emits pulses to the brain and in Ecclestone’s case, have reduced his tremors.

“It’s not a cure but it is helping with the tremors,” he said.

“That’s why I’m here. This is where those research dollars actually go.”

Last year’s walk was 100% virtual; this year some chapters were able to hold in-person walks with limited registration, and it was a fun group at the registration table looking forward to walking on the field Saturday morning.

“We are so thankful for everyone who is jumping on board and putting their best foot forward for Parkinson’s Disease this year,” Shelley Rivard, CEO of the Parkinson Society Southwestern Ontario, stated in a release.