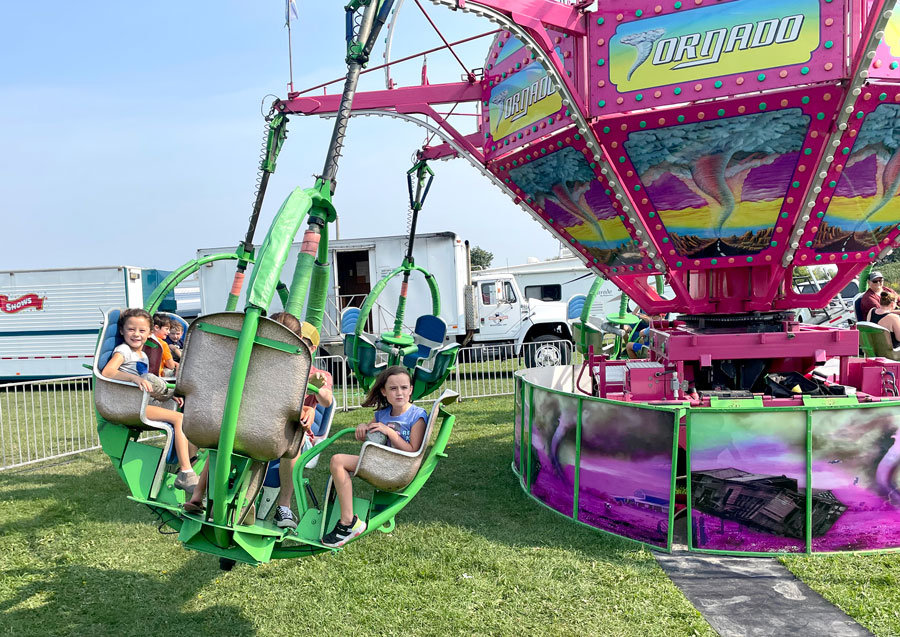 Gate admissions were 92 per cent higher than the previous largest fair weekend on record, which was in 2018.

Fair attendance on Sept. 16 nearly doubled the previous record for gate admissions on Friday evenings at the event.

Crowds on Sept. 17 were approximately 1.8 times larger than the previous Saturday record.

“Our data indicates over 14,000 people visited the fair this year and that number is likely a low estimate given how busy the volunteers at the admission gates were on Saturday,” stated Fergus Agricultural Society president Jennifer Craig in a press release.

“We had great weather overall and the fairgrounds were buzzing with excitement all weekend long.”

A total of 3,139 exhibits were entered in this year’s fair by 458 exhibitors. Handicraft, youth, culinary arts, photography and art were the sections with the most participation.

“We offer a sincere thanks to all of the volunteers, sponsors, exhibitors and attendees who made the fair happen this year,” Craig stated.

“Without the support of these individuals and businesses, the event would simply not be possible.”

The Fergus Agricultural Society is interested in receiving feedback on this year’s fair as well as suggestions on events and entertainment the community would like to see next year.

Organizers can be reached by email at info@fergusfallfair.ca.

The Fergus Fall Fair is an annual showcase of local agriculture, food, talent and rural fun.

The next fair will be held Sept. 15 to 17, 2023 at the Centre Wellington Community Sportsplex.