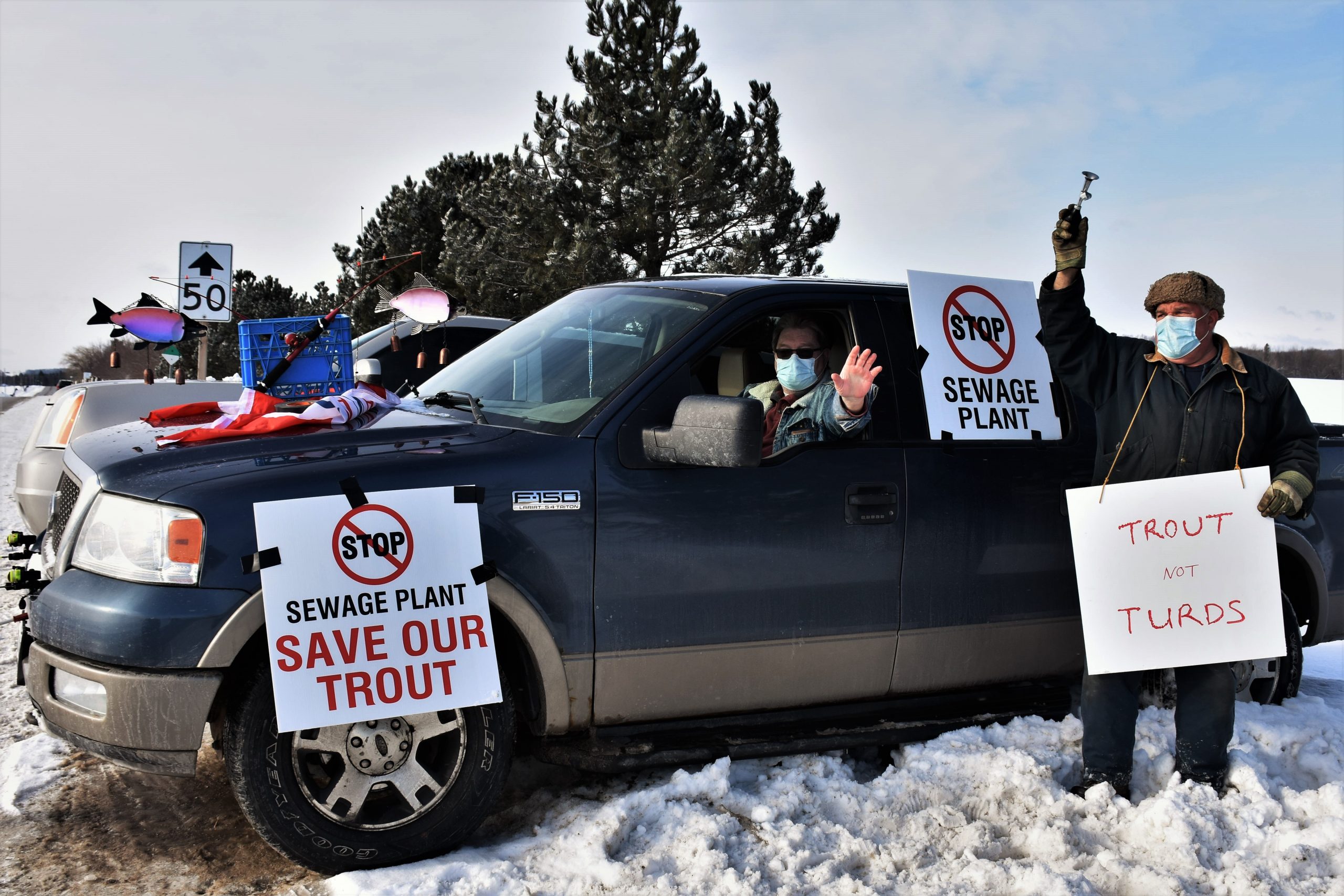 Bob Gibson, in the truck, and Larry Scott, standing outside, showed their displeasure with the proposed wastewater treatment plant in Erin at the car rally on Feb. 20. Photo by Lori-Anne Little

ERIN – The streets of Erin we’re busier than normal the morning of Feb. 20 as a car rally to protest the town’s proposed wastewater treatment facility made its way around town.

Cars decked out with plungers, toilet paper and signs saying “save the trout” and “stop the sewage plant” paraded around the 20-minute-long route through the village and past the location for the proposed facility.

Protesters say concern for the health of the West Credit River, the trout that live there and the health of towns downstream are all major reasons they are opposed to the new wastewater facility.

“People downstream, i.e. Belfountain, are using West Credit as a water source and now we are putting in effluent, and there isn’t a plant made in the world that gets rid of micro plastics and endo toxins,” said Ken Cowling, one of the rally organizers.

In a phone interview with the Advertiser on Feb. 22, Mayor Allan Alls said council is doing what it can to keep the wastewater treatment plant as environmentally friendly as possible.

Council has invested around $2 million on environmental assessments, he said, adding the information found in these assessments is being used for the development of the plant.

“It will be the most stringent [wastewater treatment plant] in Ontario, if not in Canada,” said Alls. 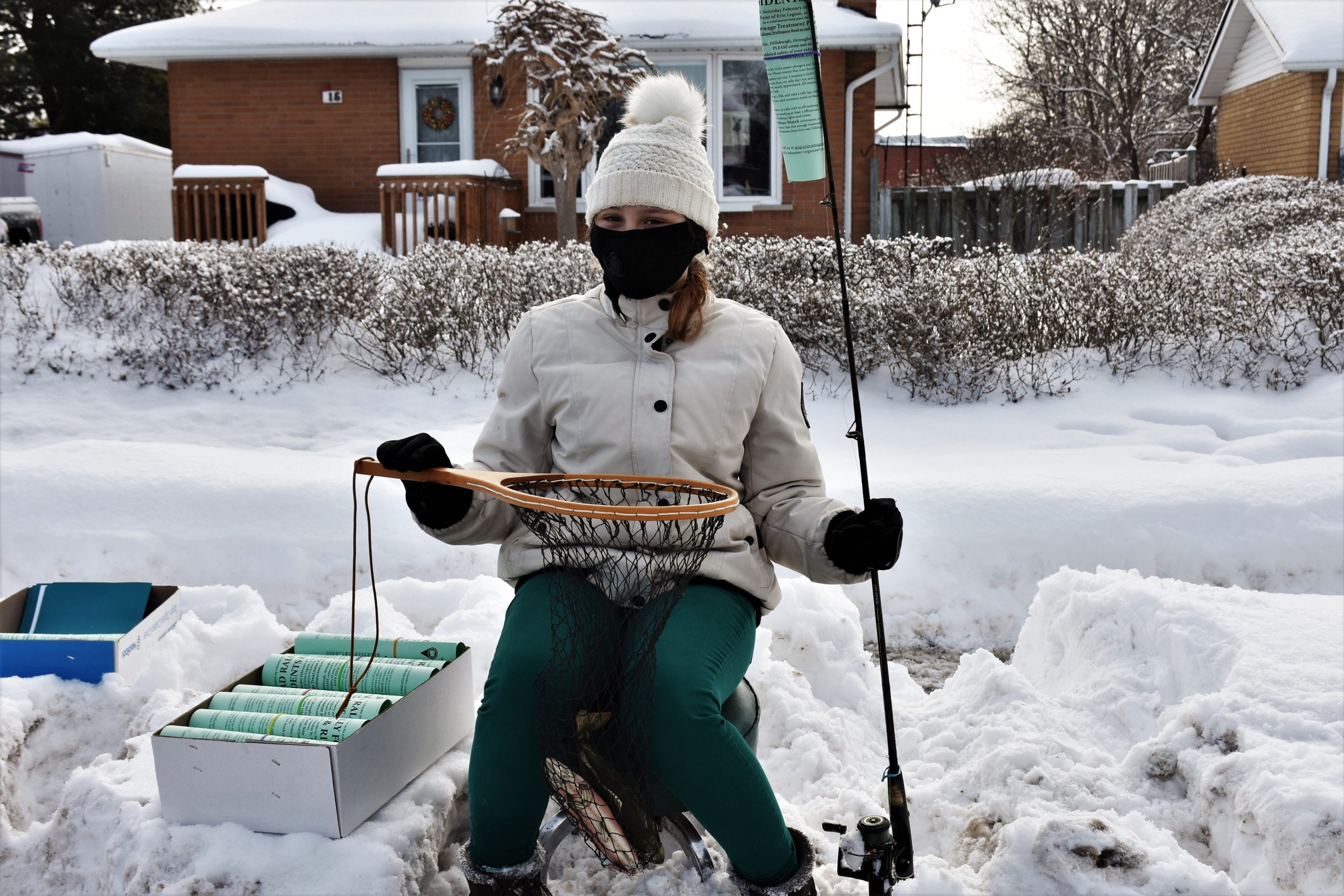 Andrea Walker showed her concern for the fish in the West Credit River after the Town of Erin’s wastewater treatment plant is operating. Photo by Lori-Anne Little

Keeping the small-town vibe of Erin was another major concern for the protestors.

“We’ve had a wonderful little town for so long, and just with the track record of sewage systems in southern Ontario, and what it’s done in the small towns – I just don’t want it to happen to our town as well,” said Tom Feeny, one of the protestors at the rally.

“I moved up here to be in a quaint little town and that’s where I’ve raised my kids, and my kids live here, that tells you how special this place is. Now the pair of them are contemplating moving out,” Cowling said.

Alls said he understands this concern, adding, “a lot of people are always afraid of change, but change is inevitable in life and we have to learn to do it, but do it in a very conservative and careful manor.”

Despite the demonstration, Alls said Erin council will continue to move forward and build the facility as planned.

“I will say that I’m sorry that this is dividing the community as much as it has,” Alls said.

“We are going to continue to get the word out there that we must do it, and what the reasons are behind it.

“I accept the fact that there will be people who will never agree to this.”