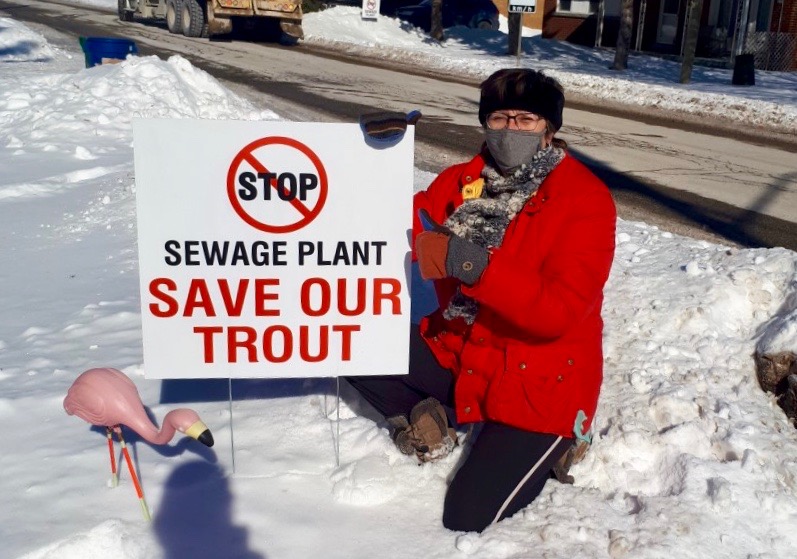 Amanda Elias wants work on a wastewater treatment plant in Erin to halt and has organized a car rally on Feb. 20 for others to join the protest. Submitted photo

ERIN – Opposition to a planned wastewater treatment facility in Erin is growing, says Erin resident Amanda Elias, and on Feb. 20 residents are invited to show their displeasure.

Elias has organized a car rally from 9am until noon that starts in front of the Erin Legion on Dundas Street East. It will head out past the proposed wastewater treatment plant site at 10th Line and Wellington Road 52, and loop back through town.

They are also invited to decorate their cars with toilet paper, plungers and signs.

Participants are requested to stay in their cars and follow all traffic laws, plus physical distancing and masking rules.

“It’s time to make some noise,” Elias said. “There are a lot of people who want to stop this. We need to start a dialogue.

“The mayor won’t give us a referendum. We’ll run our own.”

Elias and other volunteers are distributing flyers to residents of Erin and Hillsburgh and are extending an invitation to residents beyond Erin’s borders as well.

Effluent from the wastewater facility will impact communities downstream and across the West Credit River, and those folks should come too, said Elias.

She is also distributing a questionnaire called “Have your say” that seeks to learn residents’ attitudes on the sewage treatment facility and on proposed growth in the villages of Erin and Hillsburgh as growth is one of the catalysts behind the town undertaking to build the plant.

Another is a potential environmental disaster if private septic tanks fail and untreated sewage leaches into the river.

Currently all homes and businesses in Erin and Hillsburgh use their own private septic systems.

The town has said the cost of construction of the plant will be covered by developers and new subdivisions will be first to hook up.

Over time the infrastructure will be installed through the two villages and that’s when existing homes will be required to connect to the system.

The town is seeking government grants to reduce the cost to residents but there has been no word on that as yet. Estimates to individual homeowners to hook up to the system range from $10,000 to $30,000.

“How many people can afford it?” Elias asked.

“There are three phases – town costs we pay through taxes, personal costs when we hook up, and ongoing wastewater fees afterwards. It just gets more and more expensive.”

Erin Mayor Allan Alls has said the facility has been in the works for at least a decade and that the town has followed all the proper and necessary steps, including environmental assessments, engineering studies, financial studies and public consultation.

Property for the plant has been purchased, the design is expected to be presented to council this winter, and a contract expected to go to tender perhaps by spring.

“It’s time our voices are heard before it’s too late,” Elias said.

For more information about the rally, email stop.erin.sewage@gmail.com.