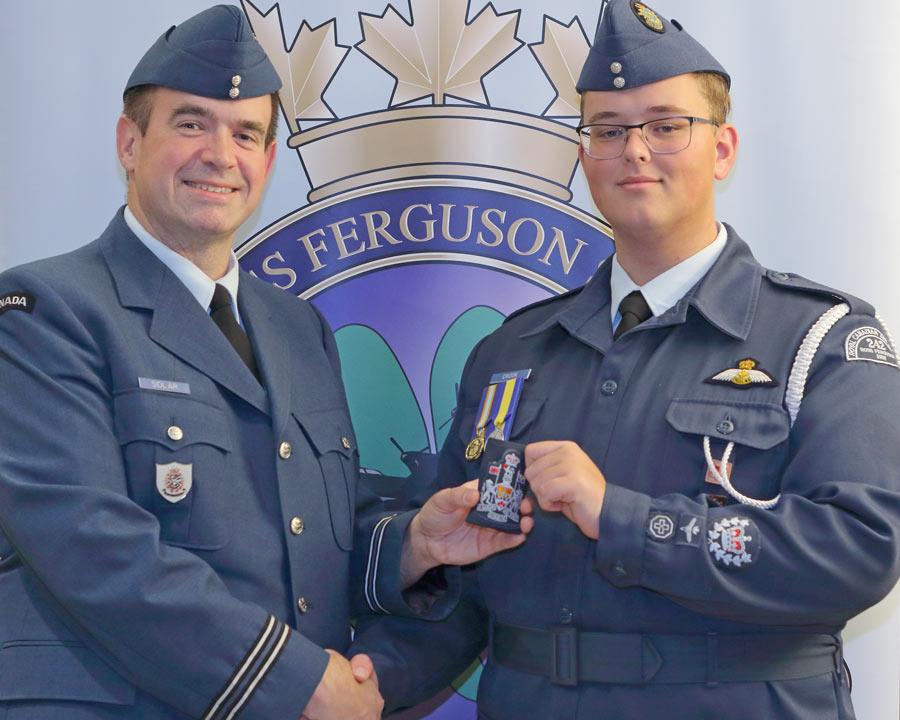 Crook has had a very busy and exciting time lately, and his recent promotion is the culmination of many years of hard work and dedication.

In June last year, Crook was part of a group of cadets and military staff from Erin who traveled to England and France to commemorate the 75th Anniversary of the D-Day Invasion at Juno Beach.

After returning, he helped to lead the Squadron through its Annual Ceremonial Review and was awarded the Royal Canadian Legion Cadet Medal of Excellence for outstanding leadership, citizenship and comradeship for his activities within the unit.

During the summer of 2019, Crook received one of the coveted flying scholarships awarded by the Air Cadet League of Canada.

Valued at approximately $15,000, the scholarship paid for him to be trained to become a fully qualified private pilot.

Crook is the seventh qualified pilot from the Erin squadron since 2007.

Warrant Officer First Class Crook is excited to take on the new challenges of leading the cadets of 242 Squadron in all of their training activities for 2019-2020.

He will be working closely with 242 Squadron’s adult staff as well as cadets and staff from other local units to help deliver an exciting program including training for the flying scholarships, competitive marksmanship, winter biathlon, outdoor adventure training, effective speaking, precision drill team and band activities.