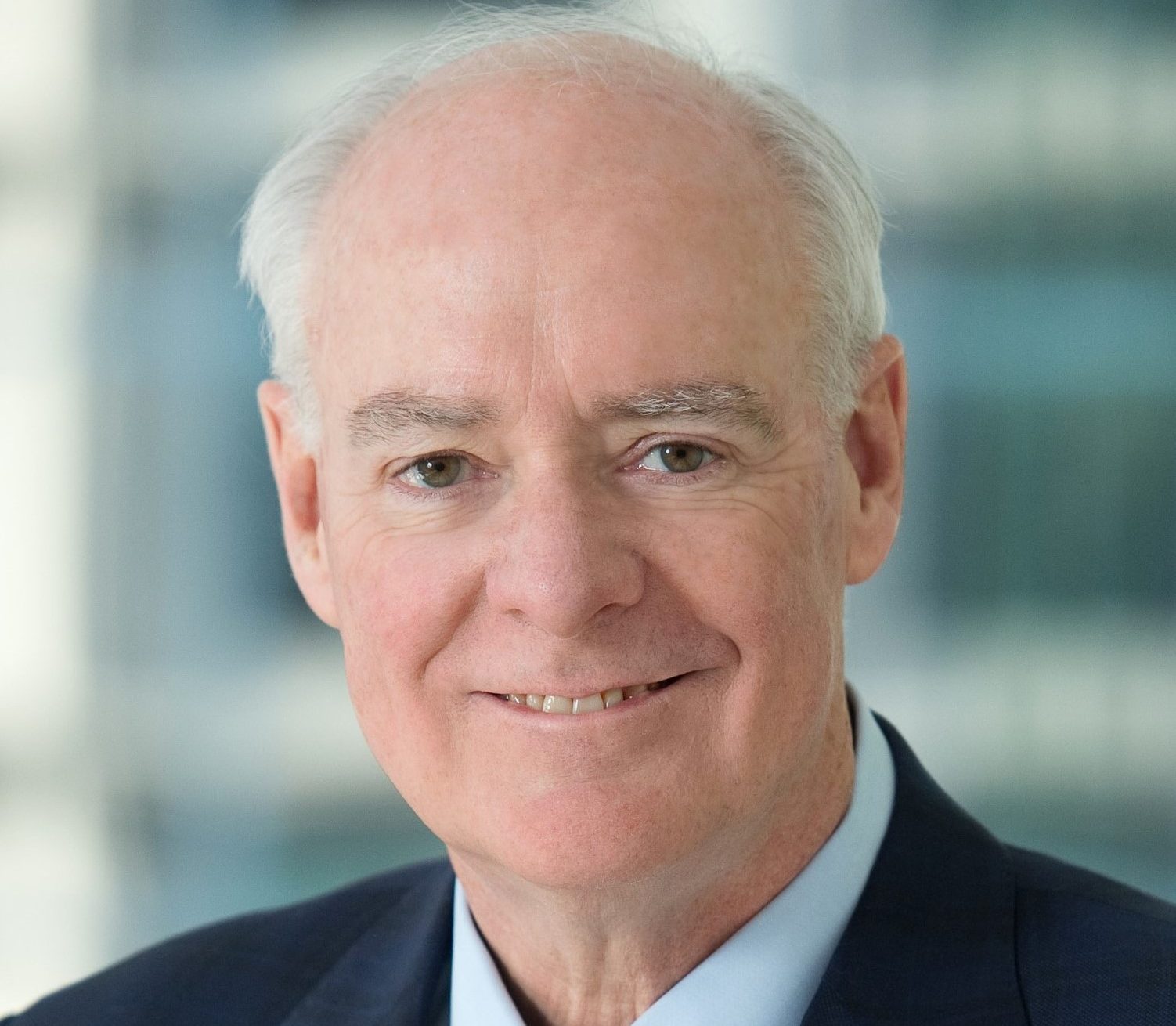 Responsible for introducing the Emergencies Act, former defence minister and Wellington MP Perrin Beatty spoke with the Advertiser about the legislation and modern politics. (Canadian Chamber of Commerce image)

At 37-years-old, the Fergus native already has 15 years behind him as an elected MP representing Wellington County.

Wearing oversized wireframe glasses, he addresses the House speaker, arms folded over a suit and tie. His gold watch catches the light.

Beatty is describing the loss of civil liberty experienced by the nation following Pierre Trudeau’s invoking of the War Measures Act in 1970, as parliamentarians ready for the second reading of a Bill to replace what Beatty called “archaic and dangerous” legislation.

As a student at Western University during the Front de libération du Québec (FLQ) crisis, Beatty initially supported Trudeau’s use of the War Measures Act to address the FLQ’s killings and kidnappings – the first time it had been used since the Second World War.

But with the clarity of hindsight, his perspective changed. 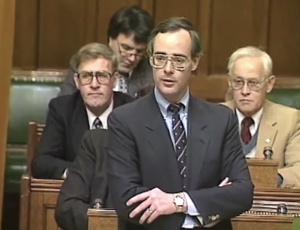 “This was the most serious violation of civil rights in my lifetime in Canada – it was clear after [it] was over and you had a chance to look back,” he said in a phone interview with the Advertiser from his Ottawa home.

Motivated by that understanding, Beatty had proposed a new piece of legislation known as the Emergencies Act with the goal of providing extraordinary government measures to deal with public welfare, public order, international and war emergencies without trampling on the rights and freedoms of Canadians.

“It ensures that the exceptional powers granted by Parliament will be no more than are needed for the specific emergency at hand; it will ensure a graduated response, not an overwhelming one,” Beatty said at the time.

The act defined a national emergency as “urgent” and “critical” – a situation of such proportions that it imperils the country’s well-being and exceeds a province’s capacity to respond.

Few members of parliament opposed the legislation and it was passed into law in 1988.

Fast forward 34 years, and a now 71-year-old Beatty, who is president and CEO of the Canadian Chamber of Commerce, watches Prime Minister Justin Trudeau announce to the nation on Feb. 14 that a public order emergency was being declared under the Emergencies Act for the first time since its inception.

The move, Trudeau said, was in response to blockades of Canada-U.S. border crossings in British Columbia, Alberta, Manitoba and Ontario, and an occupation of downtown Ottawa that’s now in its third week.

Asked if he expected to see the legislation used within his lifetime, Beatty said he did.

“I thought it was certainly possible,” he said. “My strong wish was that it would never have to be used.”

In crafting the act, Beatty’s idea was to provide government legislation to be used “as a last resort, in the case of a grave emergency” and provide protections through intentional layers of accountability, including House and Senate debates and votes, an oversight committee and time limitations.

The act also requires an inquiry within one year after an emergency’s end to examine how things were handled, including if it was necessary to invoke the act and what lessons can be learned.

On Feb. 17 MPs began what will be several days of gruelling debate in the House of Commons on the declaration of emergency. Eventually a vote on the motion to confirm or revoke the declaration will take place in both the House and Senate.

Beatty distinguished between the October Crisis and current events, noting the military is not being called on, and citizens still have a protected right to protest.

“If somebody this afternoon wanted to organize a protest … there [would] be no constraint on that at all,” he said, adding freedom of speech and basic civil liberties are being maintained.

“The nature of the War Measures Act was that it couldn’t apply to just one region of the country – it applied right across the board,” he said.

It was, what Beatty called “the nuclear option.”

For the average Wellington County resident, he said there will be no impact.

Published in the Gazette on Feb. 15, proposed emergency measures include prohibiting:

Measures also include protection of places like government buildings and war monuments; tow truck drivers can be forced to remove blockade vehicles; and new sweeping financial implications have been imposed for those participating or financing blockades.

Asked if he thought the act was being used appropriately, Beatty declined to answer one way or the other.

Without being privy to government intelligence, he said flatly, “I don’t have enough information.”

“All of us are inclined to give them the benefit of the doubt,” he added, saying the onus falls on the government to prove its case.

Beatty did, however, point out blockades afflicting Canada’s trade routes were resolved without reliance on the Emergencies Act, which was intended to be used “when everything else had failed.”

“I think some people feel that for the federal government to help they have to impose the Emergencies Act,” he said.

Not so, according to Beatty, who said using the legislation is not a condition of the federal government being able to provide help.

When it comes to the trucks occupying and disrupting downtown Ottawa, Beatty said, “The question I think people would have here is: ‘Was it a lack of legal authority, or was it a lack of will or of resources that caused the Ottawa police not to act?’”

After the streets of Ottawa are returned to its residents, Beatty hopes government will reflect not only on where legislation can be updated so the Emergencies Act isn’t relied on in the future, but also to try and understand how society arrived at this point.

“One of my concerns about where we are today is that the police are being called in to resolve a breakdown in the political system,” Beatty said.

The blockades, he believes, are evidence of a democracy long undermined by polarized politics.

“That sort of polarization, where you drive people to the extremes … is very unhelpful [and] very unhealthy in a democracy,” he said.

The issues facing Canadian politics are not simply going to vanish when the trucks leave Ottawa, Beatty emphasized.

“How do we ensure this never happens again?”