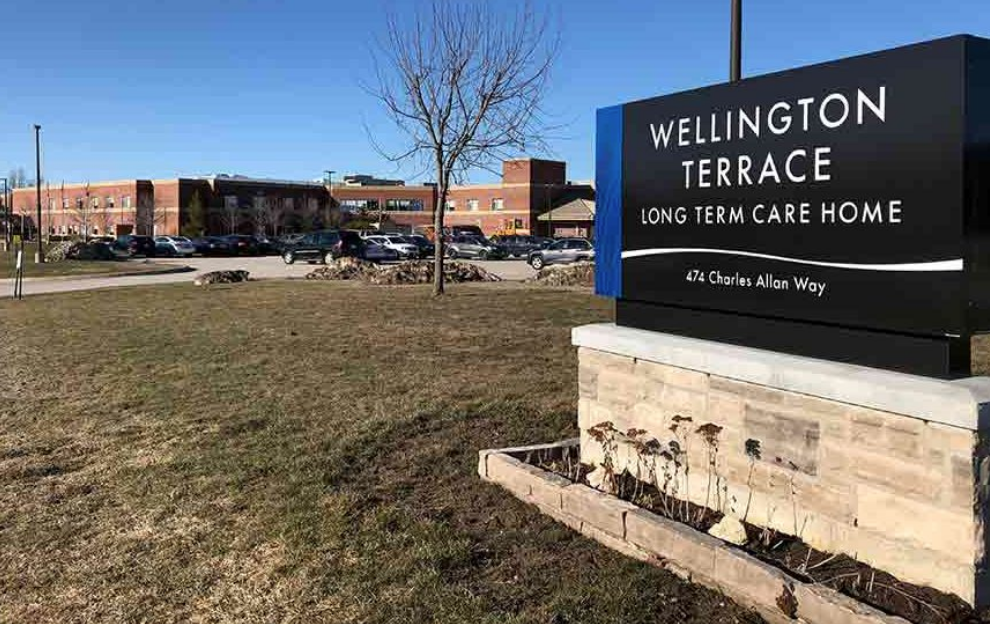 An outbreak affecting six staff members at the Wellington Terrace Long-Term Care Facility in Aboyne is one of 11 facility outbreaks at WDGPH facilities as of Dec. 30. Advertiser file photo

WELLINGTON COUNTY – There are now 10 facility outbreaks of COVID-19 in the Wellington-Dufferin-Guelph Public Health (WDGPH) region as of Dec. 31.

Two outbreaks at Guelph General Hospital, on 5 East and 4 East, were declared over on Dec. 30 and 31 respectively.

The current outbreaks are at six long-term care homes, four retirement homes and now just one at Guelph General Hospital.

These facilities have stepped up their COVID-19 safety protocols, but the best thing the average person can do to help, is to keep the virus from spreading in the community.

“The best thing we can do is keep cases low in the community,” said WDGPH spokesperson Danny Williamson.

“For the most part, COVID-19 comes into LTC facilities from the community. Fewer cases in the community means fewer chances for this population to be exposed.”

Williamson explained elderly people are vulnerable to getting COVID-19 and suffer more severe outcomes if they get it – so the rising numbers in facilities is concerning.

“We shouldn’t be ‘afraid’ necessarily but … when we see cases happening in these facilities, we should be concerned because of the potential impact,” he said.

The majority of deaths in Ontario in the first wave of the pandemic were residents of long-term care and retirement homes.

WDGPH is expected to receive its first shipment of the Pfizer vaccine on Jan. 4.