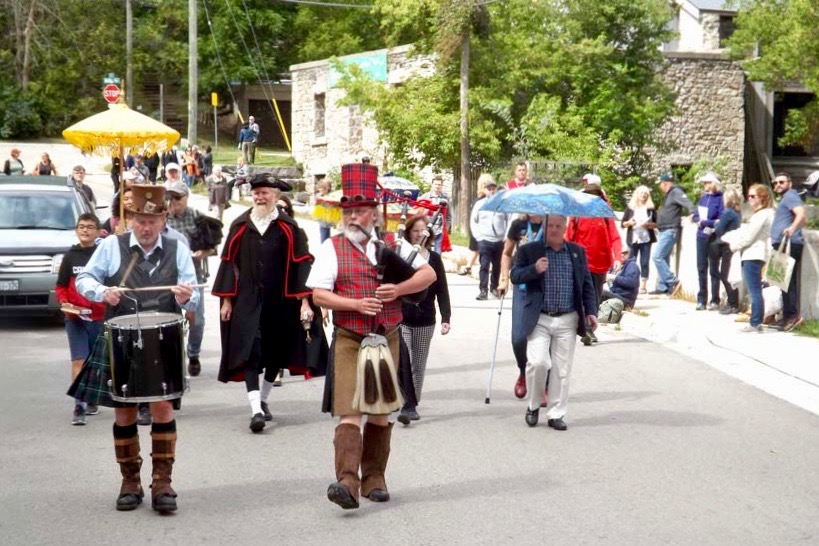 Pipes and drums echoed through downtown Eden Mills during the parade opening the Eden Mills Writers’ Festival on Sept. 8, 2019. The 2020 festival has been cancelled due to COVID-19. Advertiser file photo

EDEN MILLS – The Eden Mill Writers’ Festival, which annually brings more than 50 authors from across Canada to the village, has been cancelled this year.

Organizers made the announcement in an April 30 press release.

“It is with great sadness that the Eden Mills Writers’ Festival (EMWF) has made the decision to cancel their annual festival scheduled for September 11 to 13,” states the release.

However, officials say that starting in May, the festival will present a series of free online literary events running until October, including book clubs, panel discussions and presentations for children.

“We were uncertain whether we would be able to gather for a festival in early September,” stated EMWF artistic director Nicola Dufficy.

“We didn’t want to plan something wonderful and then have to cancel. There are so many incredible books being published in Canada this year, and we want to share them with our community.

“So, we decided that if we couldn’t host the festival in our backyard, we’d bring it to yours.”

Hélène Duguay, chair of the EMWF Board, said while “disappointed” with the cancellation fo the event, organizers are “delighted that we will still be able to provide our audience with the opportunity to hear from and engage with the very best writers in Canada.”

The following online events for adults (which will include closed captioning) are already scheduled:

Events for children include presentations by Michelle Kadarusman (Music for Tigers) on May 21 at 10:30am, and Laura Alary and Kass Reich (What Grew in Larry’s Garden) on May 26 at 10:30am.

Registration for all events opens on May 1 at noon and can be found at emwf.ca.

Officials say the most up-to-date information can be found by signing up for the EMWF newsletter or following the festival’s social media channels.

EMWF officials stated they would like to thank the following supporters: The Angel Gabriel Foundation, The Canada Council for the Arts, The Department of Canadian Heritage, Kitchener Waterloo Community Foundation, The Ontario Arts Council, The Pollock Foundation and Wellington County. 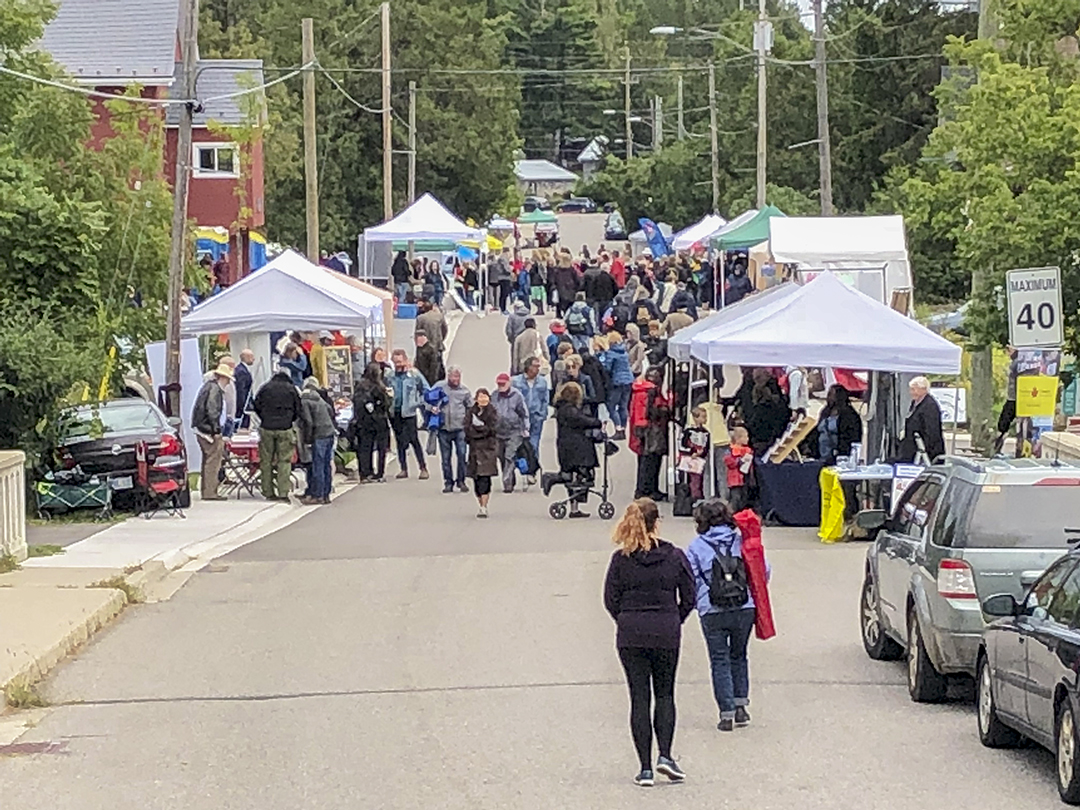 Festival – Crowds walked along York Street in Eden Mills to take in the sights of the Eden Mills Writers’ Festival.                 Advertiser file photo