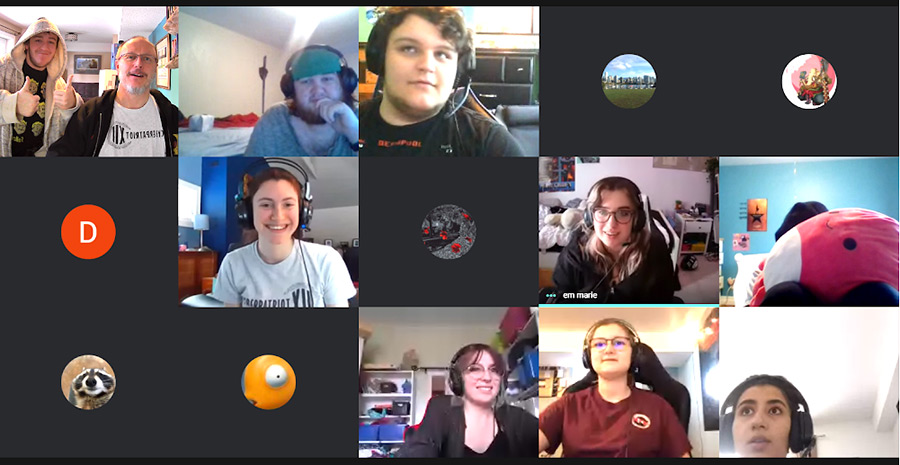 FERGUS – Centre Wellington District High School (CWDHS) teams “Plagueware” and “Terabytches3.0” cracked the code and are hoping to advance to the finals of this year’s CyberTitan competition.

Canada’s Information and Communications Technology Council runs CyberTitan each year as the Canadian branch of the international CyberPatriot competition.

The third round of the competition, which took place on Jan. 22, involved students stepping into the roll of an IT professional to manage the network of a small company.

Students were challenged to find the cyber security vulnerabilities and protect “valuable data” in the servers they are given.

Both teams finished in the top quarter of the 2,587 teams in this round.

The senior team Plagueware placed third in the eastern division and is expecting a call to the national level. The school’s all female team, the Terabytches3.0, ended up 21st in Canada but is hoping to “clinch the last eastern spot or top-female team,” according to Timothy King, CWDHS computer science teacher.

King, who runs and trains the teams, said it’s thrilling to watch his students compete.

“It’s not like a test – it’s more like detective work … it’s kinda like a cross between Jason Bourne and a really good hockey game,” said King.

The students on the teams agreed.

“It’s the big moments where we take risks and we know they might not pay off, but then they do and it’s very, very exciting,” said Louise Turner, captain of the Terabytches3.0.

Teamwork is a big factor in the competition and the students all said they couldn’t be happier to be a part of this group.

“It’s annoying and frustrating, but it’s fun at the same time, because I’m doing it with some of my closest friends,” said Emma Hammond, of the Terabytches3.0.

The pandemic made the competition even more challenging this year, but the teams went above and beyond, said King.

“I can’t believe the grit and resilience they showed under conditions that have brought so many down; so proud of these kids,” he said.

The national competition takes place in May.