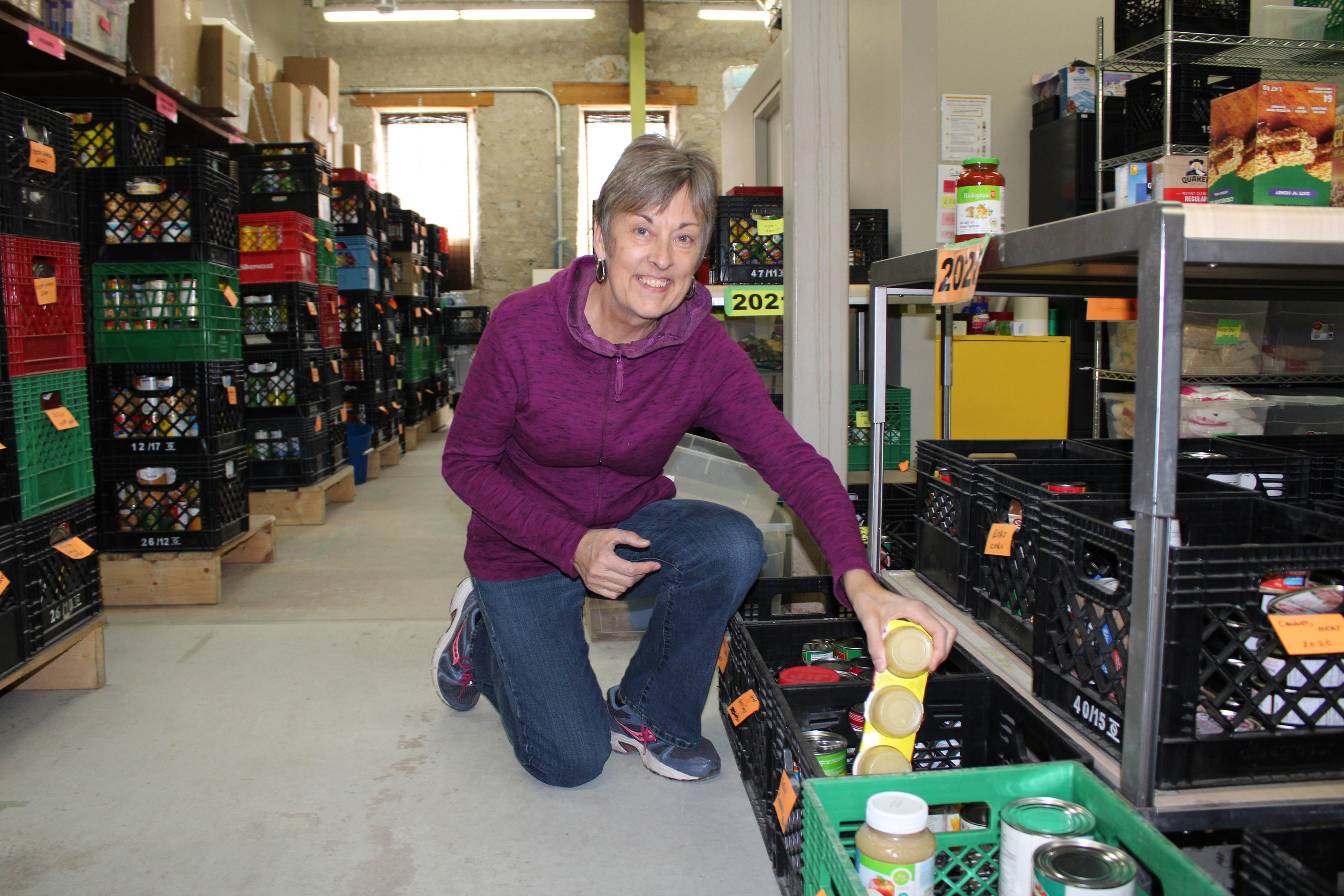 Volunteer appreciation - Fergus resident Linda Golightly has been a volunteer with the CW Food Bank for the last three years. Photo by Aryn Strickland

FERGUS – From among the approximately 100 volunteers on the Centre Wellington Food Bank list, Linda Golightly stands out.

Golightly is not the longest serving volunteer, having only volunteered with the organization for three years. What she brings to the role, managers say, is her tireless effort, her willingness to help and her respectful approach in what can sometimes be a thankless job.

“Probably if I gave you a scale of one to 10, [Golightly] would be close to one and one being the best,” said CW Food Bank manager Fred Aleksandrowicz.

Every Wednesday Golightly helps sort the food as it comes in, and helps crate the rest for three hours, all in time for shopping night.

If Golightly is not able to stay the full three hours, she makes a point of going in for an extra hour or two during the day to back fill.

It is this quiet determination and respectfulness that drew the attention of food bank managers in the first place.

Golightly told the Advertiser volunteering with the food bank allows her to give back to her community as well as satisfy a penchant for organizing.

“I like organizing things. It’s just my thing I like to do, whether it’s organizing in the back or making the shelves,” Golightly said.  “I get the labels going the right way instead of the French side, it’s the English side kind of thing.”

Three years ago Golightly retired from her career as a banker and knew that she would need something else to keep busy.

“I was a banker in my working career and I was packaged, which was sudden for me. I wasn’t expecting it so I wasn’t in a very good place when that happened,” Golightly said.

“What I decided to do was just make some lemonade out of the lemons they gave me and I thought, ‘Okay, I am going to give back to the community’ and I have always had an interest in the food bank,” she explained.

“I wanted to do something that was just worth feeling worthy of.”

Golightly has applied her bank training to her approach to volunteer work.

“In my career, customer service was huge so it’s in me to do that,” she said.

“So if someone is standing there, I want to make sure they are being helped or if for some reason somebody drops something or a child is crying I don’t know I just kind of help where I can.”

Donating to the food bank has become a family affair. Last summer Golightly’s grandchildren operated a lemonade stand and decided to give all of the profits to the CW Food Bank. Since then her grandchildren have also taken part in a six-week youth cooking class offered by the food bank.

“I like to think I am a bit of an advocate for [the food bank], to make people more aware,” Golightly said.

Now, she says, all that is left is to get her recently-retired husband to start volunteering too.