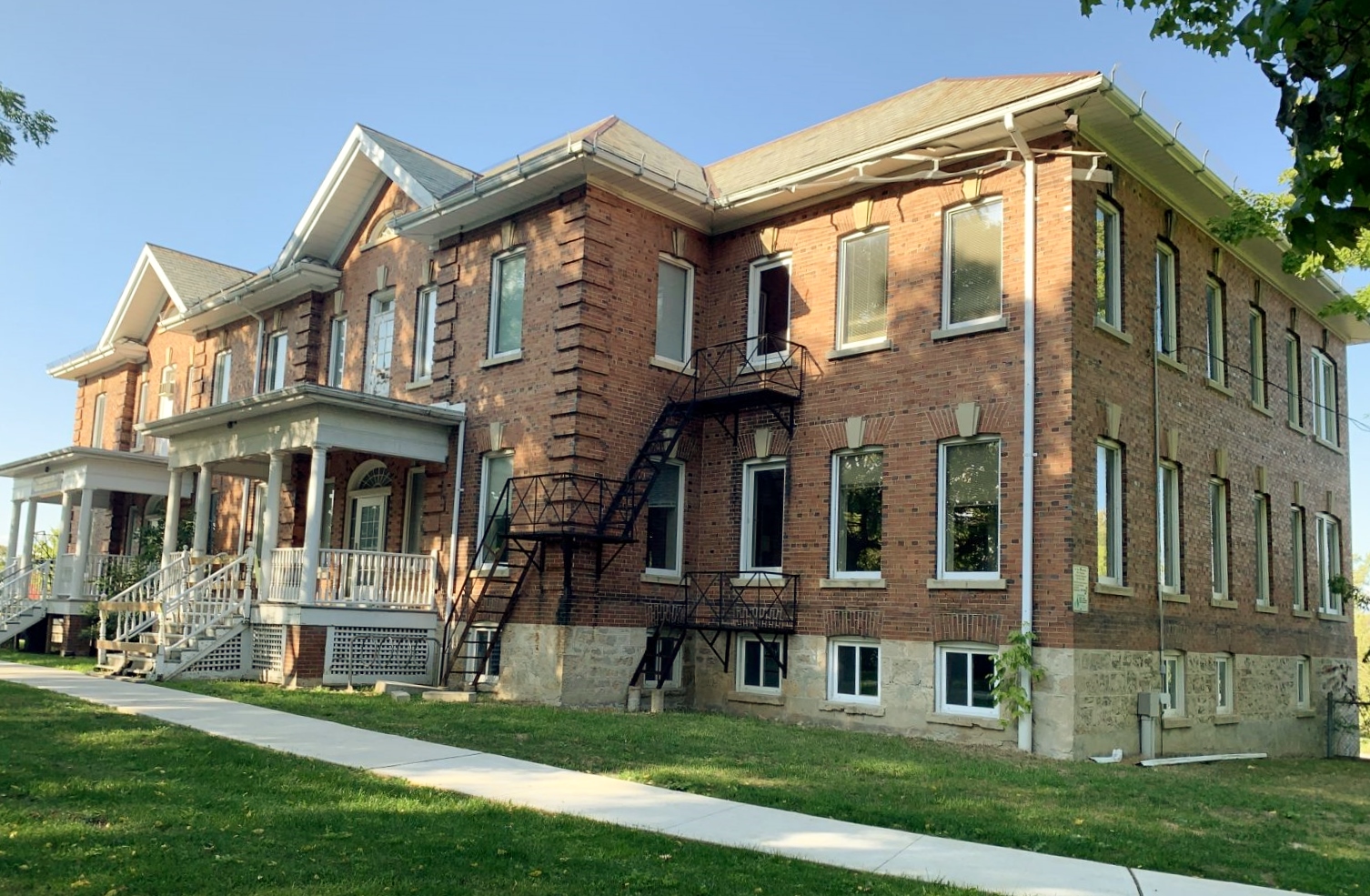 GUELPH – A capital budget of $7.6 million for a transitional housing project in Guelph has been approved by Wellington County council.

On Dec. 1 council also approved use of up to $3.5 million from a housing regenerative reserve fund toward the project and agreed to include the project in the county’s proposed 2023 budget and 10-year plan, which will be considered for adoption in January.

Social services administrator Luisa Artuso told council little, if any, of the reserve funding may actually be needed for the project, which would create new transitional housing with supports for up to 28 individuals at 65 Delhi Street.

A total capital budget of $7.6 million is required for the project, Artuso explained in a staff report.

Currently, funding of $3.17 million has been allocated from approved provincial funding allocations.

The proposal calls for using a maximum of $3.5 million from the Housing Regeneration Reserve.

A funding shortfall of $930,000 has been identified and staff are in discussions with the Canadian Mortgage Housing Corporation to apply for the recently-announced Phase Three of the Federal Rapid Housing Initiative as well as the National Co-Investment Fund.

“A successful funding application is required to fund the project shortfall and any funding received over $930,000 would be used towards reducing the required reserve contribution,” Artuso explains in the report.

“Given that we have this funding from our 2022 budget and we have the opportunity to apply for federal funding, that would then eliminate the need to use our reserves.

“We essentially are getting a great building that would meet all the needs of the individuals that need this transitional housing and not using your reserves and using solely provincial and federal dollars, which does not impact the tax levy.”

The project has been in the works since late in 2020, when the county committed to a partnership with the City of Guelph for the creation of transitional housing at 65 Delhi Street.

The staff report notes the building has always had a community purpose. Built in 1911 as a house for the infected during the Spanish flu pandemic, it was later used as a satellite facility for the hospital, recreational space and land ambulance before becoming vacant.

The City of Guelph had no foreseeable use for the site and transferred the property to the county to provide transitional housing conditional on rezoning.

Although an Ontario Land Tribunal appeal was launched against the rezoning proposal, the appeal was dismissed on Sept. 13, allowing the project to move forward.

Transitional housing provides individuals with temporary safe and stable housing as an intermediate step between emergency shelters and permanent housing.

“It alleviates pressure on the emergency shelter system, helps prevent individuals [from returning] to homelessness and supports their wellbeing as staff work with them towards obtaining permanent housing,” the report states.

“We need to be able to meet the needs of a variety of different individuals coming in the door,” said Artuso.

The design will primarily consist of refurbishing the heritage building and a “modest addition” for a new elevator, exit stairs and program space, the report states.

The total square footage of the three-storey building is 18,600 square feet.

VG Architects is expected to present final drawings to the social services committee and county council in January 2023.

Councillor Mary Lloyd asked about the process for selecting the architect for the project.

“A number of years ago the county did a review of architectural services and interviewed a number of architects to (determine) their suitability to our requirements,” explained CAO Scott Wilson.

“And since that time, for most part, perhaps 100% of the time, we’ve used two different firms.”

Wilson noted either Guelph-based Grinham Architects or VG, of Simcoe County, have been used for most projects since the review was conducted.

“The review of our professional services, our normal engineers or law firms, etc., that’s done only sporadically,” Wilson added.

“There’s no set time for us to review our relationships with any of those professionals. I suppose they’re under review, every time we engage them.”

“It’s just seems, on the surface, strange to me that we have two architects and we kind of go eenie, meenie  around them,” said councillor Campbell Cork.

“Could you just explain why we wouldn’t put these big projects … out to architects in general?”

Cork indicated his intention to present a motion recommending that future project design work be put up for bid.

Wilson said the last time such a request was made by council a competition was held to award to the design work for the Fergus library project in 2012. The project was ultimately award to VG.

The CAO said council has not requested a competitive process for design work on projects since then.

“Presumably they’ve been content with the style and design and finished product of all our projects,” Wilson observed.

Councillor Earl Campbell pointed out the council also directed a competitive process be held for design work on the proposed Continuum of Care project in 2019.

“So there was a review process for that project. It was not one of our two existing architects chosen,” said Campbell.

“And I believe that was a $350,000 expense to get us that part of the process. So the option is always there to go out for tender, based on the size of the project.”

He added, But it’s like filling your car up with gas. We tend to go to the same station every time.

“But if you need a major repair, then maybe you want to revisit where you’re making that purchase.”

Campbell continued, “It’s not unprecedented that we have used different architects for larger products.

“I’d just like to make that comment, as opposed to saying we should just tender everything out.”

“We could ask for an analysis of what does it cost for that sort of thing? If we wanted to, every single time, go up to tender, what are the drawbacks and what are the pros to that?” suggested councillor Diane Ballantyne.

“But also, it’s good to know that we have that opportunity at any time, if it’s a large project, to take it out to tender.”

Warden Andy Lennox said, “My understanding is the architect has already been engaged and has been working on this project and has helped to provide us with these estimates …

“So I don’t think it would be appropriate for us, at this point, to switch horses midstream.”

He added the project is an important one that needs to move forward.

“I think it’s a critical step in being able to help people transition from homelessness to what we hope is a permanent contribution to society outside of that,” Lennox stated.

“And I think this this location, this building, this project, is absolutely critical and we needed it yesterday.”

Lennox suggested a review of the county’s procurement policy might be more helpful than simply considering a motion to tender all design contracts.

“That sounds terrific. I look forward to that,” agreed Cork.