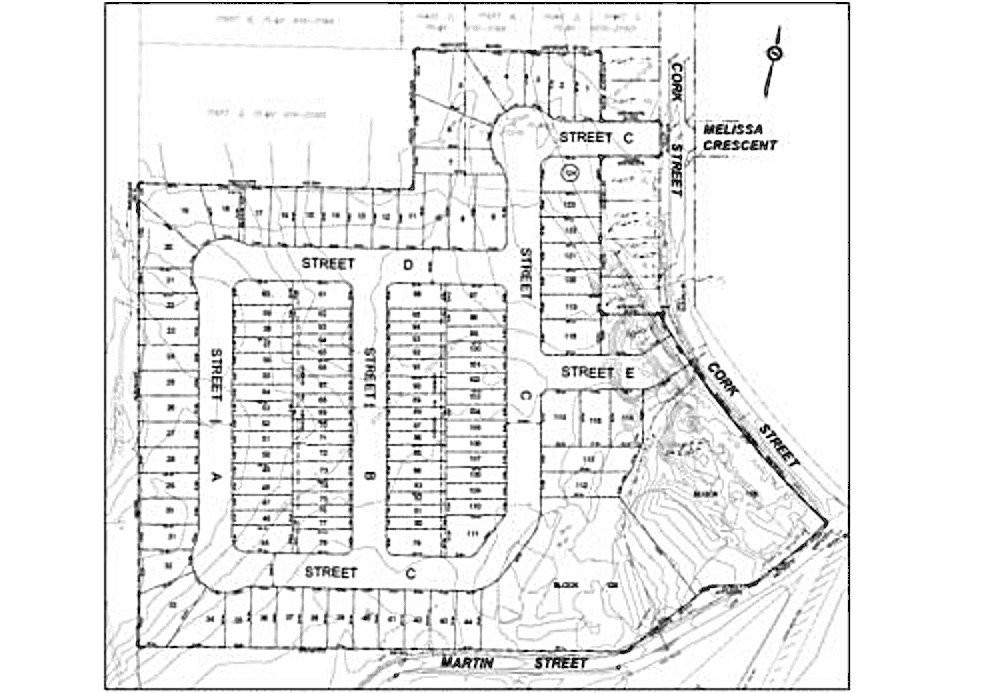 KENILWORTH – A Wellington North councillor has expressed concern about the lack of parkland in a proposed subdivision in Mount Forest.

During a public meeting on Jan. 25, John Welton Custom Homes, the owner and developer of the property, presented a draft plan for a mixed-density residential development on the west side of Cork Street in Mount Forest.

The proposed 139-unit development is situated on nearly 25 acres of land and will include 58 single detached houses, 30 semi-detached homes, 36 street townhouses and a block for future additional townhouses.

“We would want to move as quickly as we could … It would be great if there was a possibility of doing earth moving this year, but I can’t see doing under grounds and road buildings until 2022.” said Welton, when asked about the timeline of for the project.

The development will run on municipal services for sewage and water supply.

Park space was a concern for council, as a park block has not been designated in the subdivision.

“We know that when there is large developments like this they are usually young families with children and it concerns me that it says in here a park lot has not been proposed,” said councillor Dan Yake.

There is no official requirement for the contractor to include a park, as a 1998 agreement made between the town of Mount Forest and the former landowners waived the parkland requirement on the property.

“Whether it’s there or not – I just want it to be said that I think parkland in a development of this size should be encouraged even if our recreation facilities are not that far away,” said Yake.

“There still has to be green space for our families.”

A final decision on the bylaw was not made and the application will return to council at a later date.