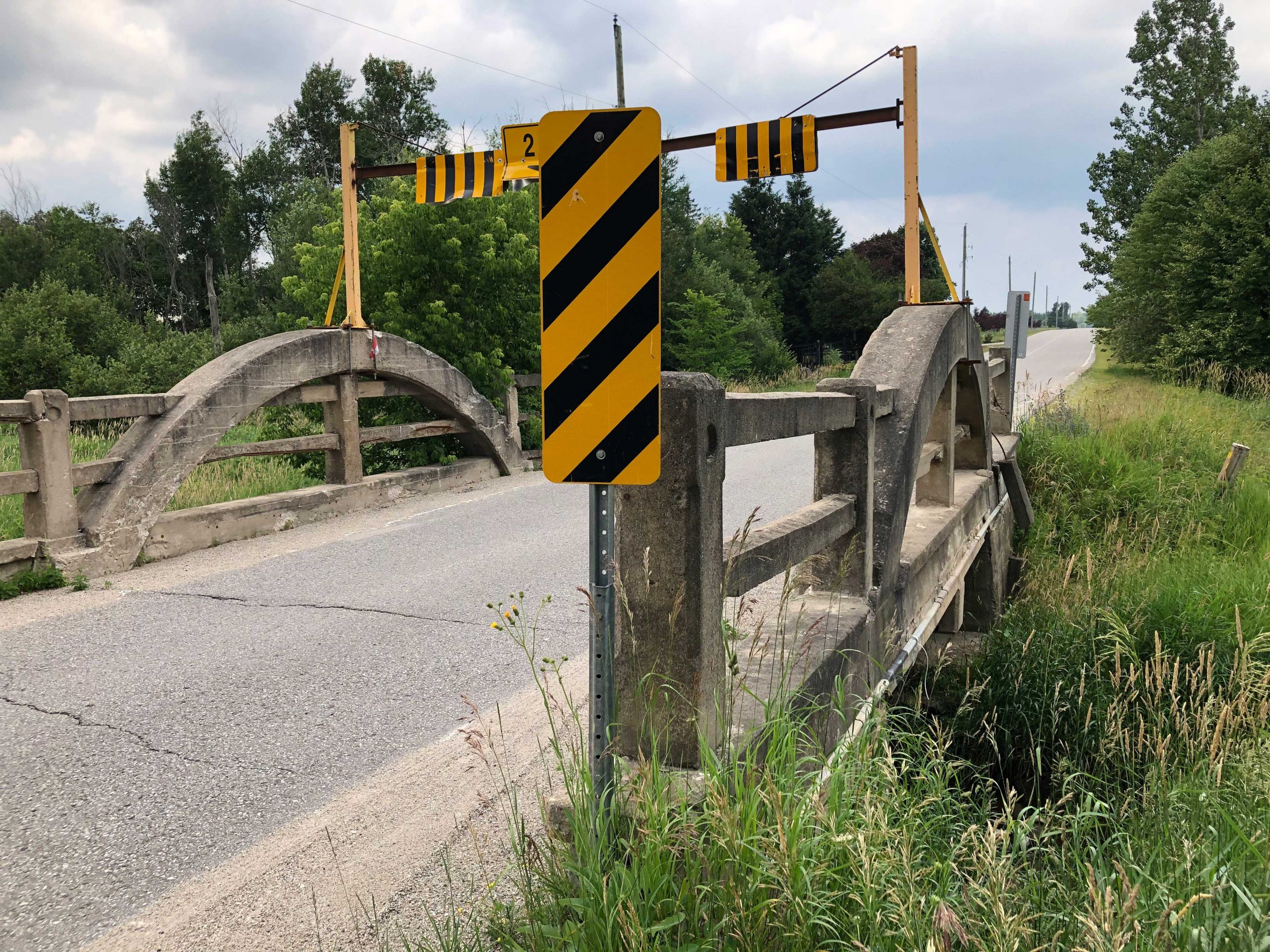 No designation - Centre Wellington council decided not to designate bridges 24WG and 4WG as cultural heritage assets at its council meeting on June 29. Pictured here: Bridge 4WG on the 5th Line between Wellington Road 18 and Eramosa-West Garafraxa Townline.
Photo by Keegan Taylor

ELORA – Centre Wellington council decided not to designate bridges 24WG and 4WG as cultural heritage assets at its council meeting June 29, after hearing from a local farmer, Richard Wright, and Jean Gerrard, a member of Heritage Centre Wellington.

Bridge 24-WG is located on the First Line between Sideroad 10 and Sideroad 15 north of Fergus. Bridge 4WG is on Fifth Line between Wellington Road 18 and Eramosa-West Garafraxa Townline south of Belwood Lake.

Wright said his farm is near bridge 24WG and the bridge is prone to flooding. And with bridge 23 in rehab, “my dwelling will be landlocked, and that will impact the economic performance of our farm,” he said.

Wright said that with the narrow bridge and curves in the road, it’s already difficult to get farm equipment over the bridge, “and this Johnny-come-lately approach to heritage is very troubling.”

Heritage committee received the revised report from staff in February, but it came as an information item.

“We had no opportunity to discuss or consult. Our only option is for the heritage committee to designate (them) as heritage structures,” she said.

Colin Baker, managing director of infrastructure, told council that the cost to replace bridge 4WG is $1.4 million, while the cost to rehabilitate is $4.35 million. Replacement cost of bridge 24WG is $3.2 million and rehabilitation is $8.1 million.

“Rehabilitation does not address the hydraulic issue,” and the broader span required to redirect the flow of the river from upstream, to stop the bridge from washing out, Baker said.

Councillor Bob Foster argued there is heritage value in the bridges, and they should be preserved.

“These bridges are perfectly fine. I don’t see that as a rationale to destroy bridges,” he said.

Councillor Stephen Kitras wanted to send the report back to Centre Wellington Heritage to allow them to comment and to investigate options other than the two before council – to rehabilitate or to rebuild.

In the end council voted to replace the two bridges. Voting in favour were Mayor Kelly Linton, and councillors Neil Dunsmore, Steven Van Leeuwen and Ian MacRae. Voting against were Kitras, Foster and Kirk McElwain.