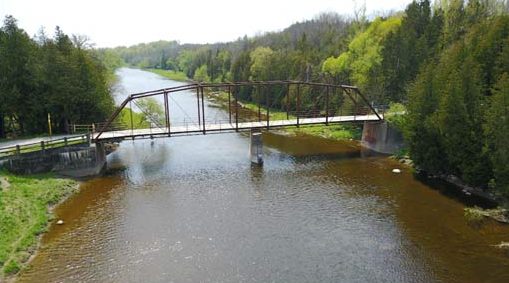 ELORA – Centre Wellington council passed a motion at its Oct. 18 committee of the whole meeting to reconsider its decision to demolish the Middlebrook Place bridge.

The matter will come back to council in November and, in the meantime, staff will bring back accurate numbers on the cost of removal versus the cost of rehabilitating the bridge for pedestrian and cycling traffic only.

The bridge spans the Grand River from Middlebrook Place to Weisenberg Road and is a link between Centre Wellington and Woolwich Township. It is believed to have been built in 1913 and relocated to this spot in the 1930s or ‘40s.

The bridge was closed to vehicles in 2012 but was open for cycling and pedestrians until April of this year, when barricades were installed at both ends of the bridge.

Centre Wellington and Woolwich townships share the cost of maintenance and repair and both councils agreed in January of 2020 to demolish the bridge and not replace it.

Local residents Stephanie Lines-Toohill and Mark Walker spoke to council on behalf of the Save Middlebrook Bridge Community Action Group and implored council to reconsider its decision.

They delegated to Woolwich council in August.

An environmental assessment was done in 2018, “but it failed to include active transportation in the study,” Lines-Toohill said. “It would have indicated active use of the bridge.”

The community action group has 177 member organizations that include cycling, hiking, photography, fishing, and other recreational groups, Lines-Toohill said.

That translates to some 3,000 individuals who regularly use the bridge, she said. 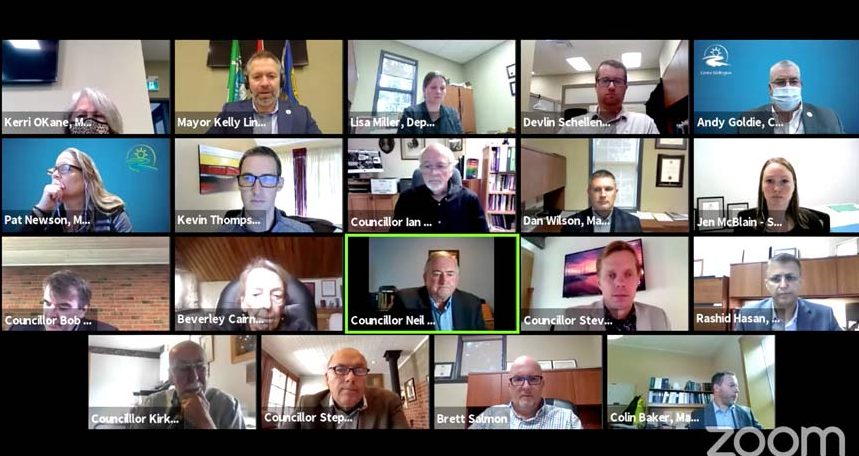 Screenshot of Oct. 18 Centre Wellington Committee of the whole meeting.

“This is badly needed (cycling) infrastructure,” Walker added. “We need to enhance that infrastructure and increase connectivity.”

Councillor Kirk McElwain recalled the cost to remove the bridge was $650,000 and the cost to rehabilitate it was $900,000, but staff could not confirm those figures at the meeting.

“I think we made a mistake agreeing to close it,” McElwain said, adding removing the bridge “will cost money and we’ll have nothing at the end.”

Mayor Kelly Linton reminded council that it takes a two-thirds majority to reconsider a council decision and the same would have to happen with Woolwich council.

Then both councils would have to vote in favour of rehabilitation in order to save the bridge.

Councillor Stephan Kitras declared a conflict of interest as he lives close to the bridge, but all the other councillors voted in favour of reconsideration. Only Linton was opposed.