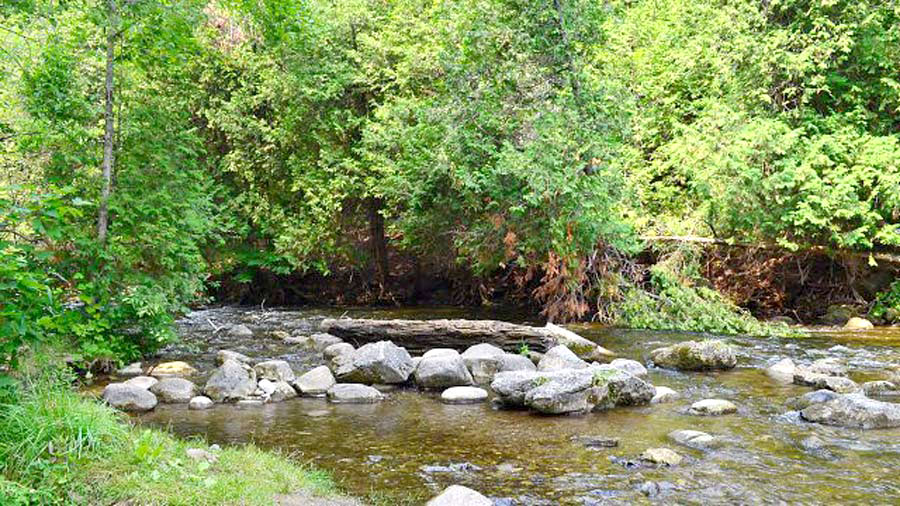 PEEL REGION – In response to the daily discharge of sewage-effluent anticipated to be released from the Town of Erin wastewater treatment plant, the Coalition for the West Credit River brought forward two requests to the Region of Peel council on the morning of Jan. 27.

The requests, if approved, would help protect Caledon’s West Credit River ecosystem from the daily discharge of the effluent, coalition officials say.

In the meeting, Ontario Streams’ senior biologist Mark Heaton made a delegation on behalf of the coalition, an environmental group aimed at protecting the health of the West Credit River.

The coalition’s requests to council included:

The goal of the coalition’s AMP would be to address the list of downstream impacts that the current sewage treatment plant design may not meet.

The proposed surface water quality monitoring station would be located along the West Credit River at Winston Churchill Boulevard in the Town of Caledon.

The proposed wastewater plant servicing the Erin and Hillsburgh, which is slated to begin construction later this year, will treat sewage effluent and discharge it into the West Credit River.

“The projected growth from this facility is going to take the current population of 4,500 to an expected over 24,000 people,”  Heaton said.

“The effluent that’s going to be discharging from this facility is estimated to be about 1/3 of the base flow of the credit river during this period of time.”

Heaton said brook trout, which he referred to as “a canary in the coal mine,” are highly sensitive to changes in water quality and require cold water.

He also noted they can’t survive in temperatures greater than 20 degrees Celsius for an extended period of time, adding numbers have declined significantly over the last 50 years.

“The West Credit River is holding the last remaining populations in southern Ontario,” Heaton explained. “Some of the best spawning and nursery habitat is found between the [Town] of Erin and the Village of Belfountain and Caledon.

“The environmental study report that was performed for this project noted that the spawning sites were extremely abundant between Erin and Belfountain.”

With an expected discharge capacity of 7.2 million litres of sewage effluent daily into the Brook Trout area, Heaton said the effluent will deplete oxygen and any ammonia and chloride could potentially be toxic to the brook trout in the future.

“Data from other sewage plants show that the effluent could be upwards of 23 to 24 degrees Celsius,” he added. “Much higher than what was anticipated in the environmental study report that was performed by the Town of Erin.

“We’re very concerned about the stream temperatures not being considered appropriately here, because it will cause oxygen depletion and a degree of ammonia toxicity for the brook trout.”

Heaton also pointed to several planning errors, including his concerns that no limits or design objective were included and only one year of data was used in the final environmental study report, among other discrepancies.

One councilor raised issue with the Region of Peel funding the costs of the water quality monitoring station and noted it should be an automatic inclusion in the costs of the treatment plant paid for by the Town of Erin.

In an emailed statement, Erin’s director of infrastructure services Nick Colucci said the town is working with the MECP and the Credit Valley Conservation (CVC) Authority to develop a monitoring plan that will include monitoring in the plant and in the existing watercourse.

“The current design as approved in the [environmental assessment] by the Ministry of Environment, Conservation and Parks includes real-time water quality and temperature monitoring features,” Colucci said.

“The plant is designed to be one of the strictest effluent requirements in North America.”

The second ask was amended to direct the Region of Peel to “request” a real-time water quality monitoring station immediately downstream of Winston Churchill Blvd., consistent with other stations in their watershed network.

The delegation’s requests were approved by Peel council as amended.

Concerns have also been raised by the coalition on the fluctuations in the town’s Assimilative Capacity Study (ACS) growth numbers with respects to the amount of new housing that is permissible on the West Credit River.

The Advertiser reached out to the Town of Erin for clarification on the current ACS numbers along with several specific, itemized questions regarding the fluctuations.

In response, the town said the current environmental assessment, completed in October 2019 and approved by the MECP, indicates a maximum discharge of 7,172 cm/day, which can accommodate a total residential population of 14,559 persons.

Asked about the fluctuating numbers from previous assessments, Colucci said the town “cannot comment on assumption and conclusions made prior to the completion of the environmental assessment” completed in 2019.

“The current capacity study was completed by world class consultants, has inputs from stakeholders including CVC, and has been approved by the MECP as part of the environmental study report.”