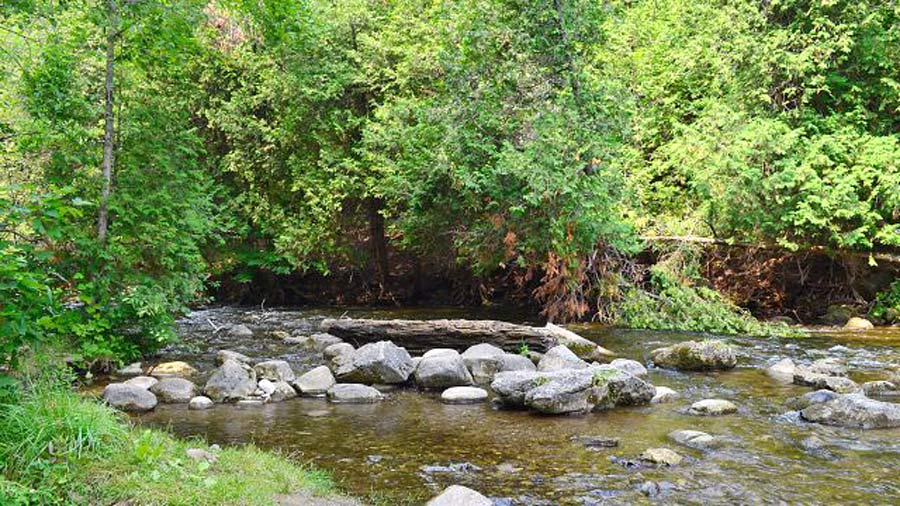 ERIN – The Coalition for the West Credit River has filed an Environmental Bill of Rights application for investigation into the process used for the Town of Erin’s wastewater treatment plant, which is slated to begin construction this fall.

“This has nothing to do with Erin growing or the the wastewater treatment plant,” said Judy Mabee, president of the Belfountain Community Organization, which is part of the coalition, in an interview.

“Our concern is with the temperature of the effluent and what it will do to the brook trout population.”

In a press release, the coalition states it is “concerned that the Town of Erin is moving forward to the construction phase of the Erin wastewater treatment plant when it has not met key commitments it made in its Town of Erin Urban Centre Wastewater Servicing Class Environmental Study Report.”

That report committed to issuing an addendum once the site of the sewage plant was chosen, but that has not happened, Mabee said.

The addendum should include an environmental management plan, an arborist report for all affected areas, and additional bird and bat surveys, she said.

Instead, this summer brush was cleared and burned on the property, trees were ripped out by the roots and a coldwater brook trout nursery and tributary to the West Credit River was severely damaged by heavy machinery in and around the study area, she said.

Environment Minister Jeff Yurek gave conditional approval to the project in August 2019 and the site was chosen in August 2020.

“Failing to issue an addendum to the environmental study report deprives stakeholders, the public, and Indigenous communities of the opportunity to be consulted and provide input into this highly controversial project,” said Linda Heron, chair of the Ontario Rivers Alliance, which is also part of the coalition.

“If successful, the minister will ensure these commitments are met, and provide a 30-day comment period to the public and Indigenous communities.”

Mabee added, “I hope the minister will listen and we can come to an agreement to protect the fish.”

Mabee said brook trout can’t survive in water warmer than 19 degrees and the coalition is concerned that effluent from the wastewater treatment plant will be hotter than that – especially in summer when water levels are lower and temperatures are higher.

And as the town grows and more effluent goes through the plant, the threat to fish in the West Credit will only increase, she added.

“We need to ensure there are protections in place for the environment,” Mabee said.

Mayor Allan Alls said he and director of infrastructure services Nick Colucci met with coalition members a few weeks ago.

“They wanted a guarantee on temperatures but there is no guarantee,” he said, adding the town has met all the Ministry of the Environment requirements and will continue to cooperate with the ministry.

He said the facility will be modular, meaning it will be constructed in sections, “and we will monitor the temperature and the effects on the West Credit River.”

He said the plant will be set back from the river and effluent will be carried a two kilometre distance in pipes six feet underground, which will also keep fluids cool.

“I’m confident we won’t hurt the trout. We’ll look after it,” he said.

The wastewater treatment plant has been in the works for at least a decade, Alls said, “and the town has always been clear and transparent.”

He added he’s not surprised there is still opposition to the project, although he believes most of it stems from opposition to proposed growth – but growth is mandated by the province and in many ways is out of the town’s hands.

A request for tenders has gone out and Alls said he expects council will select a builder at its Aug. 24 meeting with hopes that shovels will hit the ground some time this fall.