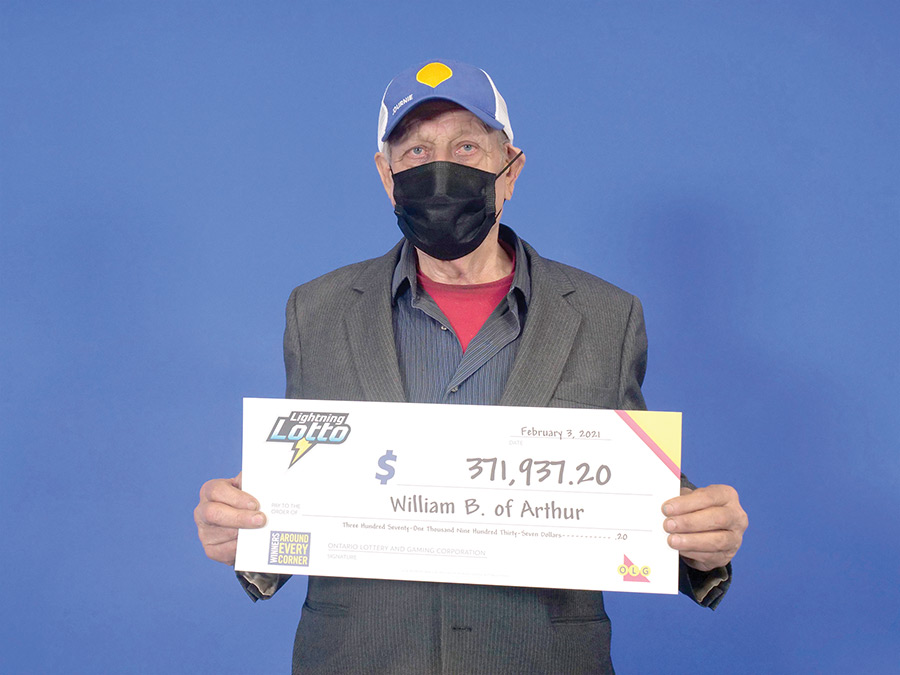 TORONTO – William Bradley of Arthur was struck by the Lightning Lotto  jackpot on Jan.  29.

“The first time I played Lightning Lotto I won $17 so I’ve been playing it ever since,” shared the great-grandfather while at the OLG Prize Centre to pick up his winnings.

The farmer, who raises quarter horses, said he purchased his ticket on his 82nd birthday.

“I was out running errands that day and was compelled to play a round of Lightning Lotto,” he shared.

“The clerk at the store was so excited for me. I was calm and cool – she asked me what was wrong because I wasn’t as excited as her.”

William said he may purchase some land with his winnings and share with his family.

“When it’s safe to travel again, I plan to do some exploring – I’ve always wanted to go to Ireland,” he concluded.

The winning ticket was purchased at Pioneer Snack Express on Wellington Road 109 in Arthur.