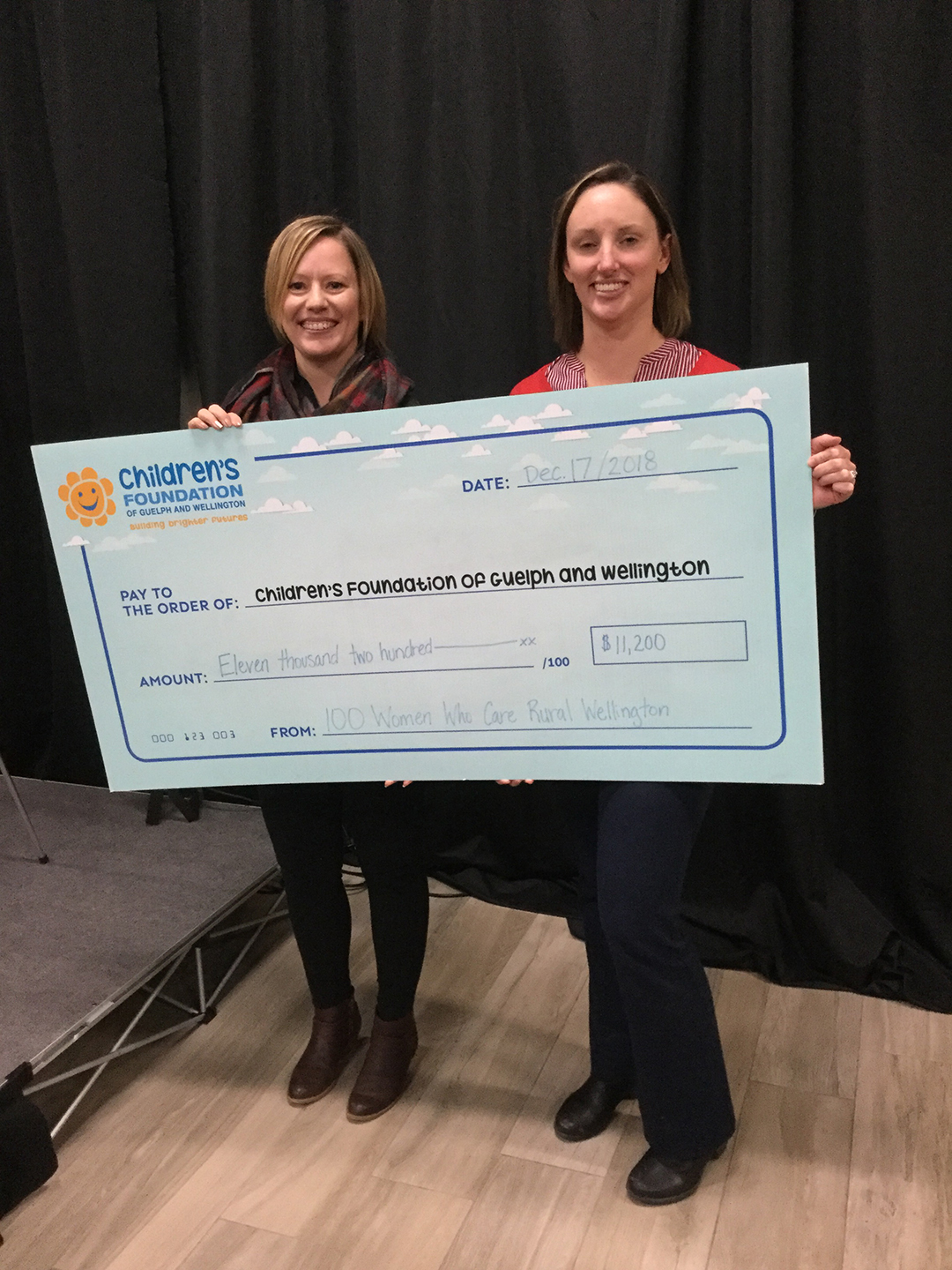 ELORA – 100 Women Who Care Rural Wellington has raised $11,200 for a residential program for young pregnant women.

The program, Ramoth Life Centre, is located in Mount Forest but helps provide services to women from rural North Wellington.

It is the second organization to benefit from 100 Women Who Care Rural Wellington, a new charitable group that formed in June and held its first meeting in  September.

During the group’s Dec. 17 meeting member  Liz Samis nominated Ramoth Life Centre for donation consideration. The centre was then drawn as one of three charities from a basket at the meeting.

Samis provided a presentation to the other 127 members and during a secret ballot vote, Ramoth Life Centre was nominated to receive $100 from each member of the 100 Women Rural Wellington group.

“The meeting was a great success,” said Deborah Whale, founder of the Rural Wellington chapter of 100 Women Who Care.  “[Ramoth has] small apartments for the women and so they needed some upgrading of things within those facilities.”

The first 100 Women Who Care group was formed in Jackson, Michigan by Karen Dunegan. Currently there are over 200 chapters in Canada and 1,000 in the United States.

Chapters meet four times a year for two hours. Each member brings a $100 cheque to meetings, at which charity names are submitted for a chance to be the recipient of the cheques.

Three charities are drawn from a hat. The member who submitted the name of the charitable organization drawn from the hat gives a presentation to the membership on the charity and why the charity deserves to be chosen for the donation.

At each meeting the group also receives an update from the previous donation recipient.

September’s winner, an organization that sponsors children’s extracurricular activities called Right to Play, was at the Dec. 17 meeting and informed members their donation provided sponsorships for 60 kids.

The group hopes to continue to grow and provide donations for local charities.

“We are always looking for new members. It’s called 100 Women Who Care, but 100 is just our minimum number,” said Whale.

“The more women we have the more money we collect and the more impact we have on local charities in rural and small-town Wellington,” she said.