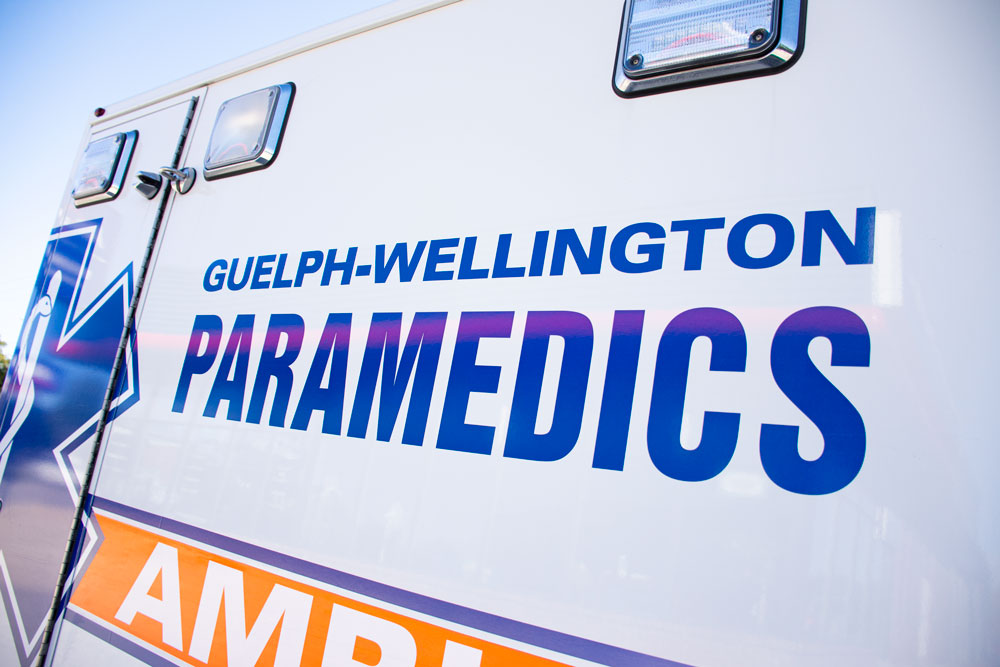 A report to Wellington County's Social Services Committee says county residents are having to wait longer than those in Guelph for ambulances to arrive. The Wellington Advertiser dives into the meaning behind the numbers. Photo by Jordan Snobelen

WELLINGTON COUNTY – County residents dialing 911 for medical emergencies are having to wait longer than Guelph residents for paramedics to arrive.

According to data pairing response times with the medical urgency of a patient, the paramedic service missed an eight-minute target for the most urgent emergencies in more than half of its responses in the county last year.

Guelph councillors set compliance rates for how often the service should hit targeted response times, building in some leeway knowing it’s not possible to hit a target all the time.

The compliance rates are paired with something called a “CTAS level” (Canadian Triage Acuity Scale).

A CTAS level, determining how rapidly someone should receive higher-level medical attention, is assigned to a patient once they’re assessed by paramedics.

A level one is the most urgent—a person’s heart has stopped. The lowest level—a CTAS of five—is non-urgent, like with a sore throat.

But there’s more behind what appears to be cut-and-dry numbers.

Responses to medical emergencies are determined by an urgency code assigned by a dispatcher—a code four is the most urgent, a code three is less urgent—and calculated by a computer depending on what information is entered from the 911 call.

“The scoring system is prescribed … by the Ministry of Health; that’s not something that we developed,” Dewar said in a phone call with the Advertiser.

“So, that is a flaw in it—in that we don’t know what the CTAS level is, before we get there.

“It’s a retrospective kind of measurement to see how well all of the systems work together, including the dispatch systems.”

Dewar continued, “Somebody with a CTAS [of] two should get an ambulance within 10 minutes the majority of the time, so how well did the system overall treat that patient?

“That said … we can’t differentiate before we get there, so we can’t plan on using that tool, we can only report how we did.”

The data is also limited in context, only showing how often response targets were hit, not how far off they were from being hit.

Dewar’s report does show, however, what the worst-case scenario looks like for paramedic response in the county for 2021 to date: 15 minutes and 12 seconds.

That time remains fairly consistent from the 15 minutes and 42 seconds seen in 2017, despite a consistent rise in call volume, with the exception of a decline in 2020.

‘By no means the worst’

When questioned by the committee, Dewar assured the service’s response times are comparable to others in the province saying, “we have a little bit of catching up to do” but are “by no means the worst.”

The Guelph-Wellington Paramedic Service Master Plan, published in 2017 and covering the years 2018 to 2022, doesn’t mince words: “The targets and compliance rates are not being met in Wellington County.”

Dewar told the Advertiser he would like to see the time reduced. But he said it’s “consistent with what we’ve done in the past” and believes 15 minutes at the extreme end is a “reasonable performance level” considering what the service has to work with.

He did admit the worst-case response is “not a great time” for cardiac arrests, saying “every minute certainly makes a difference.”

Asked why Dewar only presented the committee with the worst-case response time and not an average in the county, he said averages are not a “straightforward way” of representing the service and may lead to “false expectations” from the public.

Although Dewar was unable say what the average response time is in the county, he did say in an email the average time across the service, including Guelph and the county, is seven minutes and 28 seconds for life-threatening calls.

Committee member and Wellington North councillor Campbell Cork honed in on a sixth measure of response times: how long it takes to get a defibrillator or automatic external defibrillator (AED) to someone having a heart attack.

The province sets the target at six minutes, but Guelph council decides how often the service needs to hit that target.

Cork asked Dewar if he was concerned with the service missing a six-minute target 71% of the time, saying the statistic “really is worrying.”

The faster a shock is delivered by an AED to someone with an erratically fast or irregular heartbeat (AEDs can’t be used if your heart has stopped completely—only CPR can help) the better a patient tends to fare, according to the Canadian Red Cross.

Defibrillators don’t just have to come from paramedics either—fire departments and public spaces like sports arenas, gyms and shopping malls, are often equipped with simpler, automated versions that are easier to use. 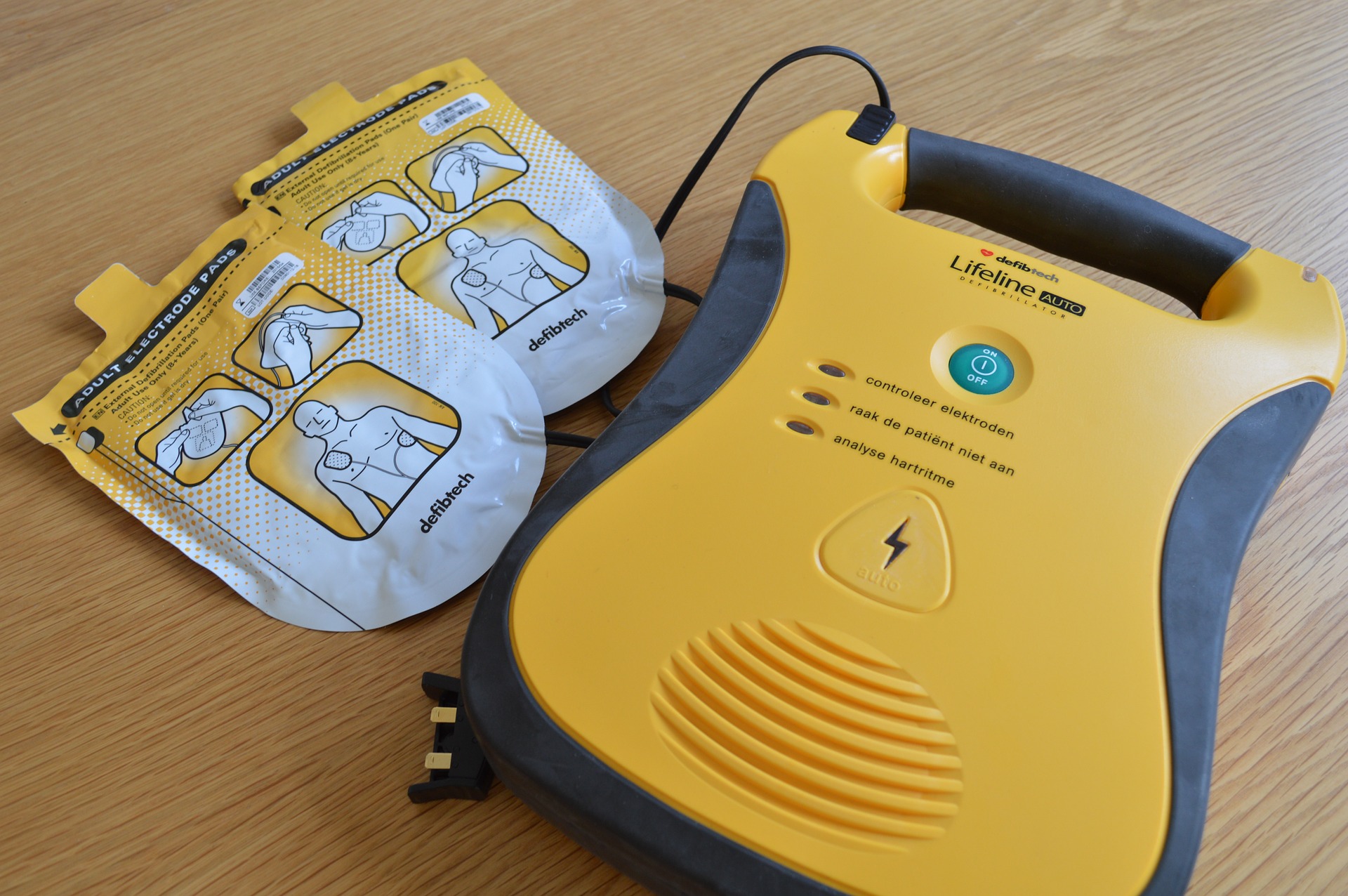 Even so, Dewar said the target remains unattainable.

“When you think about volunteer firefighters, if they’re wearing a pager and the pager goes off, and they need to get in their car and drive to the station and get onto the truck and then drive to the call, getting to someone within six minutes is not very reasonable,” Dewar explained to the Advertiser.

“I don’t think that we can meet that target with either fire department or paramedics … not six minutes and not in a rural area,” he said, adding the challenge isn’t unique to the service.

“So, we need to be innovative,” he said, suggesting defibrillators could be placed in OPP vehicles.

Another idea the service has broached with the regional cardiac care centre, St. Mary’s General Hospital in Kitchener, is starting an AED loaner program for those with a significant history of heart problems.

Dewar told the committee he wished the service could do better, but said it’s the “best we can do.”

As call volumes increase, so too does the burden on limited ambulances and paramedics.

The service requests incremental resource increases each year, trying not to slam taxpayers with rate hikes, and at minimum, aiming to maintain traditional response times.

“By adding additional shifts, we incrementally offset the pressures of increasing call volumes … without those resources, the increase in call volumes would lead to longer response times,” Dewar said. 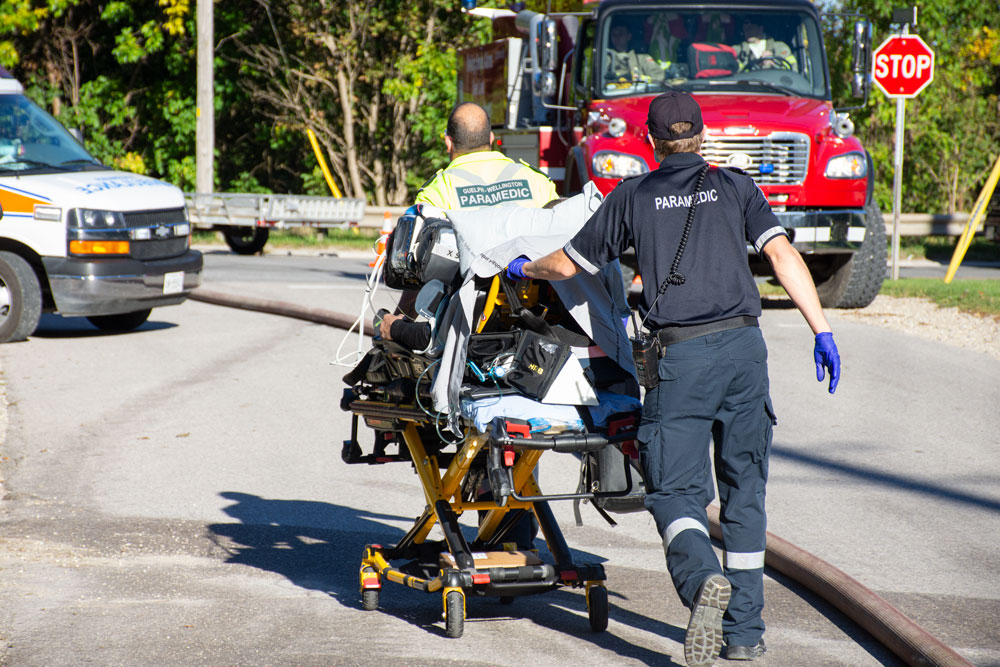 According to the service’s data, response times are being maintained but the chief admits, “we’re not really improving.”

Eight ambulances in the county currently run calls out of six stations during the daytime and five at night. Stations in Rockwood and Drayton and one of the ambulances in Fergus aren’t staffed at night.

The limited hours are explained by financial decisions, Dewar suspects, in addition to call volumes being lower at night.

The paramedic service is operated by the City of Guelph but provides services to the county for its contribution of 37% of the funding, with about a third of that coming from the province.

In 2019, the service was able to add a 12-hour dayshift ambulance in Centre Wellington to address peak call volume times.

A request built into the service’s 2020 budget for a nightshift ambulance in Rockwood was deferred by Guelph council because the province was looking at restructuring paramedic services at the time, according to Dewar.

In 2021, Guelph council approved an additional 12-hours of staffing to be added to the city, amounting to four paramedics.

Dewar said the draft budget for 2022, currently under development, includes 12 additional staffing hours for another four paramedics that could come to Wellington County.

But he cautioned “there are many competing needs for scarce resources and the need to limit any tax increases, leading to some very difficult decisions that need to be made before the budget is finalized.”

The service’s ask may not make it into the budget to appear before Guelph council next month.

With a budget seemingly tearing at the seams and limited resources making for longer drive times in the county, the service looks at how it can better deploy what resources it does have.

“If Mount Forest goes out, should we move the ambulance from Harriston to Mount Forest, or vice-versa, and Arthur, Drayton, etcetera?” Dewar said.

It’s a real scenario the service recently analyzed, finding response times were acceptable to the service so long as an ambulance was available in either Harriston or Mount Forest.

But if both trucks were on other calls, trucks from Drayton and Arthur stations would need to be shuffled around to provide coverage.

The county shuffle is a delicate balance for the service to try and strike—one aided by computer modelling.

Looking to Drayton, Dewar said modelling shows three ambulances would need to be staffed 24-hours a day to achieve an eight-minute response time. But to run calls, an ambulance rings in at $1.3 million per year, according to Dewar, and each truck in the Mapleton scenario would only run one call every three days.

“How much is the taxpayer willing to pay to have an ambulance available when they would not respond to calls for days and weeks at a time?” Dewar said, adding residents of Mapleton would incur a “huge cost” to achieve an eight-minute response time.

“I’m being transparent and telling you that in virtually the worst case, we’ll be there in 15 minutes and I suppose the question is: is that acceptable?” Dewar said. 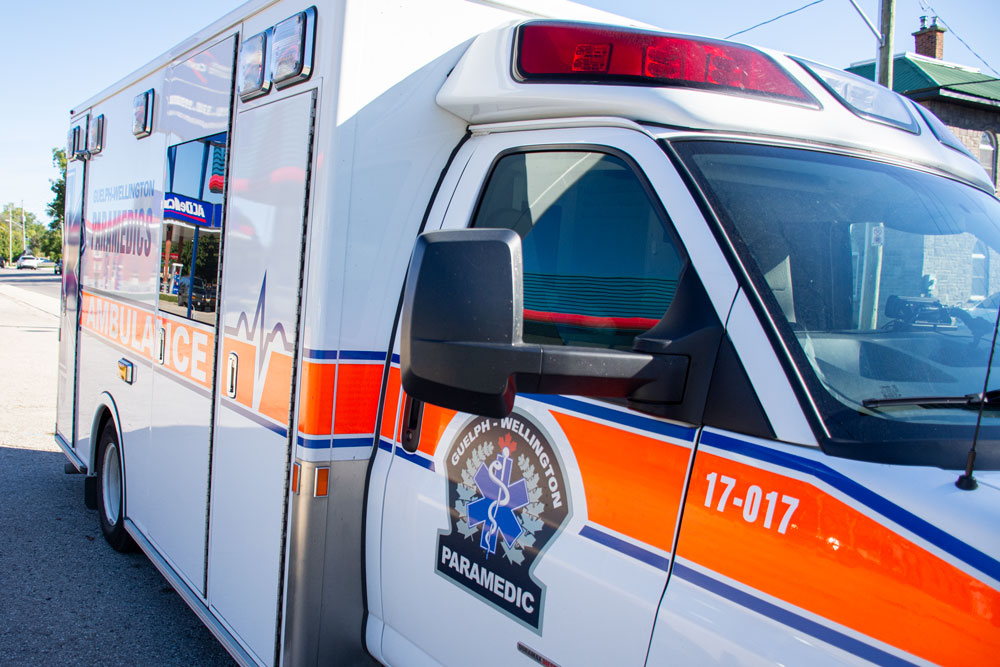 In 2016, Operational Research in Health Limited was hired to look at optimal locations for ambulance stations in the county.

The Hillsburgh station in Erin could be moved to another location, shaving a minute off every call, according to Dewar.

“That’s a huge number,” Dewar remarked, reiterating the 15-minute response time is a worst-case scenario, and with actual average response times being considerably less, saving a minute could translate into a significant improvement.

“If you can get there in less than 10 minutes, the survival rate for cardiac arrest patients goes up,” he said.

“And it’s not just cardiac arrest patients, it’s people with severe life-threatening illnesses and injuries—every minute matters, so getting there sooner would definitely help.”

Based on the consultant’s report, the county, in its 10-year plan, has endorsed relocating four stations—Hillsburgh, Rockwood, Mount Forest and Harriston—but plans remain stalled.

Committee chair David Anderson told the Advertiser in a phone call there is “a lot of work to do before this even gets started.”

Anderson said the pandemic takes priority and buildings can’t simply be built with agreements having to be worked out with different municipalities.

Although paramedics are taking longer to reach calls for service in the county, Anderson said he’s currently happy with response times.