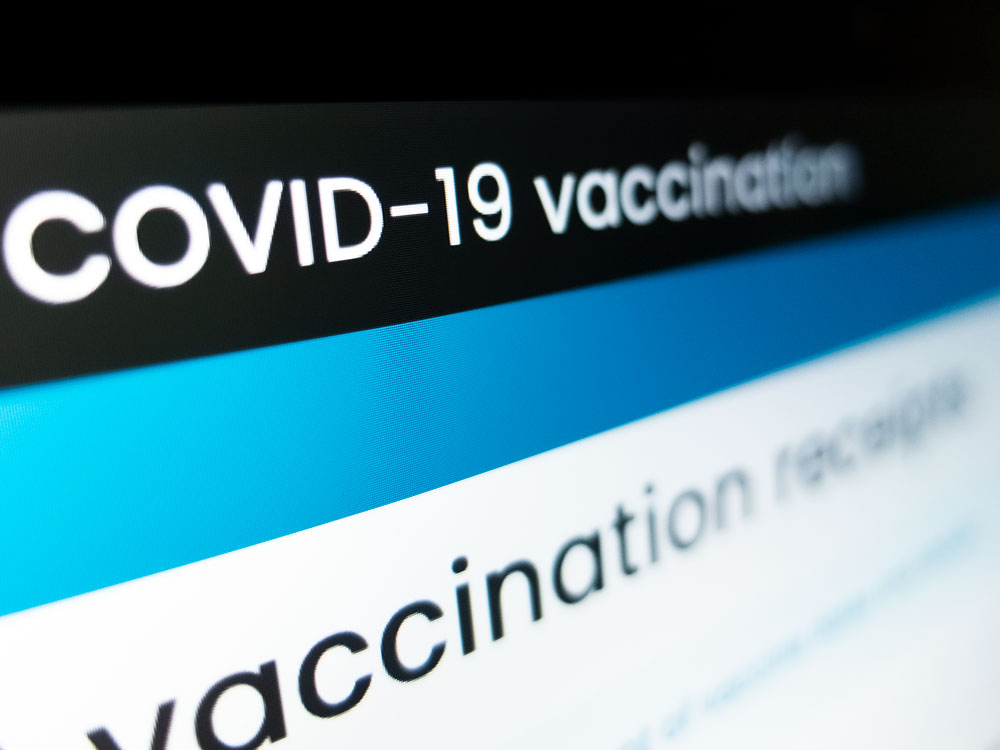 Provincial and local officials will use education-first approach to enforcement for proof of vaccination requirement to enter select settings.
(Advertiser file photo)

WELLINGTON COUNTY – Education over enforcement remains the theme of the approach to vaccine certificate checks now required to enter a selection of businesses and venues across the province.

The province has doled out the requirement for vaccine checks—officially putting it on the books on Sept. 22 after amending the Reopening Ontario Act’s Ontario Regulation 364/20—but the responsibility to figure out compliance and checks has fallen largely onto the shoulders of local businesses and municipalities.

Ontario Ministry of the Solicitor General spokesperson Brent Ross confirmed to the Advertiser in an email “businesses and organizations will be primarily responsible” for implementing the new measures.

Locally, the proof of vaccination requirement for the public has also been implemented at Wellington County libraries and the county’s Museum and Archives.

Wellington-Dufferin-Guelph medical officer of health Dr. Nicola Mercer has also gone beyond the province’s requirements, bringing into the fold: volunteers, coaches, instructors and sport officials who are now required to show proof of vaccination to enter sports and recreational facilities in the health unit’s region.

Spectators need to be vaccinated to attend sports facilities but not players under 18 years-of-age unless individual sporting groups, like the Ontario Minor Hockey Association, require all eligible players to be fully vaccinated to participate.

Between Sept. 22 and Oct. 22, staff at locations falling within the government’s criteria are expected to check vaccine certificates and match names and birthdates with a piece of photo ID.

Several local municipalities, including the county, have hired private security companies with security guards checking the vaccination certificates of those wishing to enter recreational facilities and libraries.

Security guards will check vaccination status at the county’s 14 library locations and at the Museum and Archives in Aboyne, according to communications manager Andrea Ravensdale.

She said refusals to leave or aggressive behaviour would prompt a 911 call to OPP, whereas complaints for non-compliance, like not asking for proof of a certificate, could go to local municipal bylaw departments or through the OPP’s non-emergency phone number.

“Very little guidance has been provided by the Government of Ontario,” Ravensdale said.

Bylaw officers in Mapleton don’t have the capacity to take on additional duties, CAO Manny Baron said, so a “third party” – at a yet-to-be determined cost –has been hired and stationed at the PMD arena to check certificates.

“We will use a couple of weeks to offer education on what is expected when entering the facility,” Baron said.

“The province has provided additional funding to all municipalities to help support increased operating costs and lost revenues due to COVID so we will be using these funds to support this additional operational cost,” Goldie said. 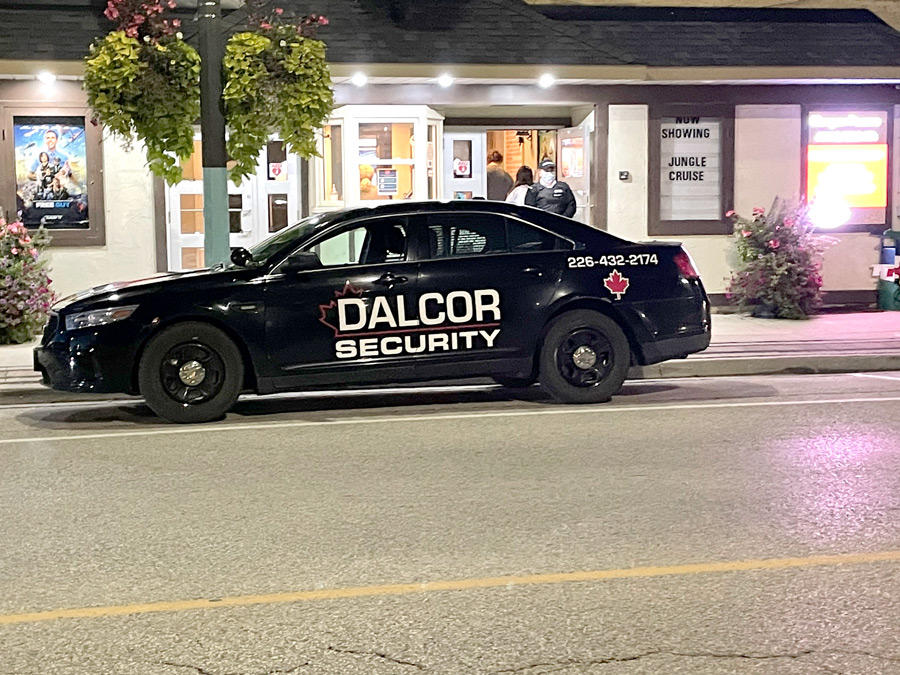 A uniformed security guard was on hand to check for proof of vaccintion at the Norgan Theatre in Palmerston on Sept. 25. The Town of Minto is among the Wellington County municipalities employing outside security firms to assist the provincially-mandated process. Photo by Patrick Raftis

In Minto, CAO Derrick Thomson said a security firm has been hired to check certificates at the town’s community hall, theatre, community centres and recreational facilities.

In Guelph/Eramosa, a casual employee working under parks and recreation has been hired to check vaccine certificates. CAO Ian Roger said their single, part-time bylaw officer is too busy to handle the additional workload of certificate checks.

Puslinch’s recreational facility is currently closed and CAO Glenn Schwendinger said the township may use security guards in the future.

Erin senior communications officer Lavina Dixit said the town is still “working out the details around enforcement” and currently has a security guard stationed at Erin’s Centre 2000.

Once ice is in at the Hillsburgh Arena, a security guard will also be stationed there, Dixit said.

Under the Occupational Health and Safety Act, employers are obligated to protect their workers from hazards including harassment and workers in the province can refuse work they believe to be unsafe.

So, if someone gets unruly about showing a certificate or being refused entry, police may be called.

“The OPP will respond and maintain its role to ensure public safety and keep the peace,” media staffer Cheri Rockefeller stated in an email to the Advertiser.

But police won’t ensure businesses are complying with the provincial requirement or that individuals are presenting vaccine certificates.

“The OPP will not conduct routine compliance checks of enhanced vaccination receipts at public/business locations in OPP jurisdiction,” Rockefeller confirmed.

“If an individual attends a business and fails to comply with the new government regulations put in place, by either refusing to leave when asked to do so, or causes a disturbance, then charges under the Criminal Code or Trespass to Property Act may be considered.”.

As of Oct. 5, Wellington OPP have received a “few calls for service” regarding proof of vaccination, according to media staffer Cheri Rockefeller. No charges have been laid.

There has been at least one dispute around vaccination proof in the county, according to police.

“The party was spoken to and then complied with regulations,” media staffer Joshua Cunningham stated in an email.

It wasn’t made clear who specifically was spoken to, but advice and education were provided by police and no further action was said to be required. 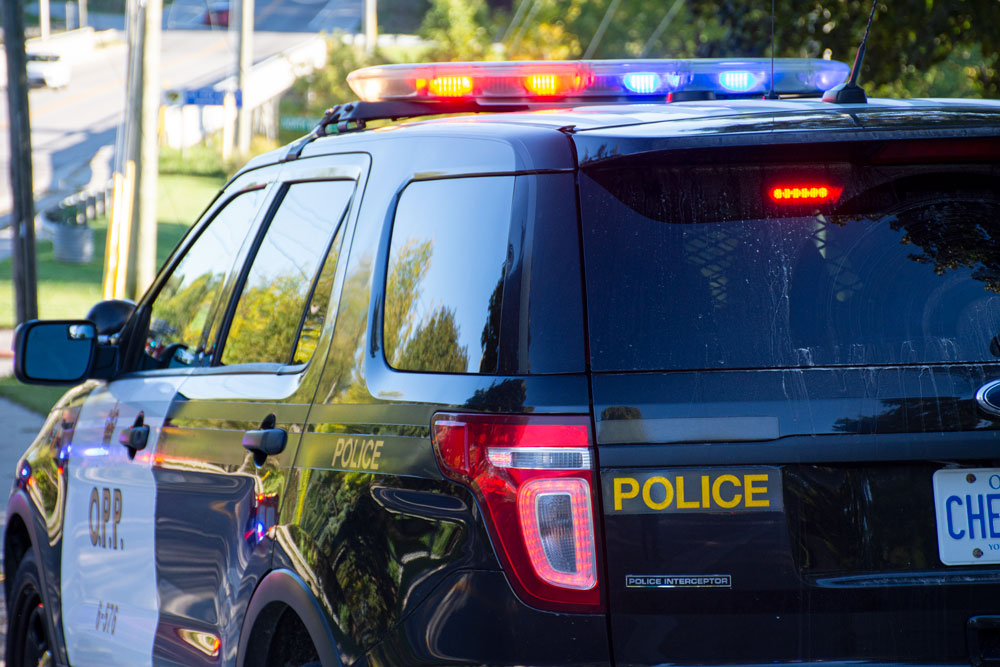 Wellington OPP will not be proactively checking for compliance with the province’s proof of vaccination requirement for the public to enter into select businesses and venues. (Advertiser file photo)

The OPP’s stance is reflective of most police agencies across the province, according to Ontario Association of Chiefs of Police government relations director Joe Couto.

“Police services in the province have generally taken the position that they’re not going to be forcing the status checks,” Couto said.

The OACP has worked with the province to understand expectations of police.

“We don’t want to exacerbate [the] debate that is obviously going on about vaccinations … until it actually impacts public safety, our role, of course, is to support,” he said, adding “we don’t see our police officers being on the frontlines of doing the actual checking.”

Even within the ranks of police agencies across the province, mandatory vaccination has been a “point of contention,” Couto said.

So, who is better suited to address compliance and checks?

A combination of local public health staff, inspectors from the Ministry of Labour, Training and Skills Development and officials from the Alcohol and Gaming Commission of Ontario. 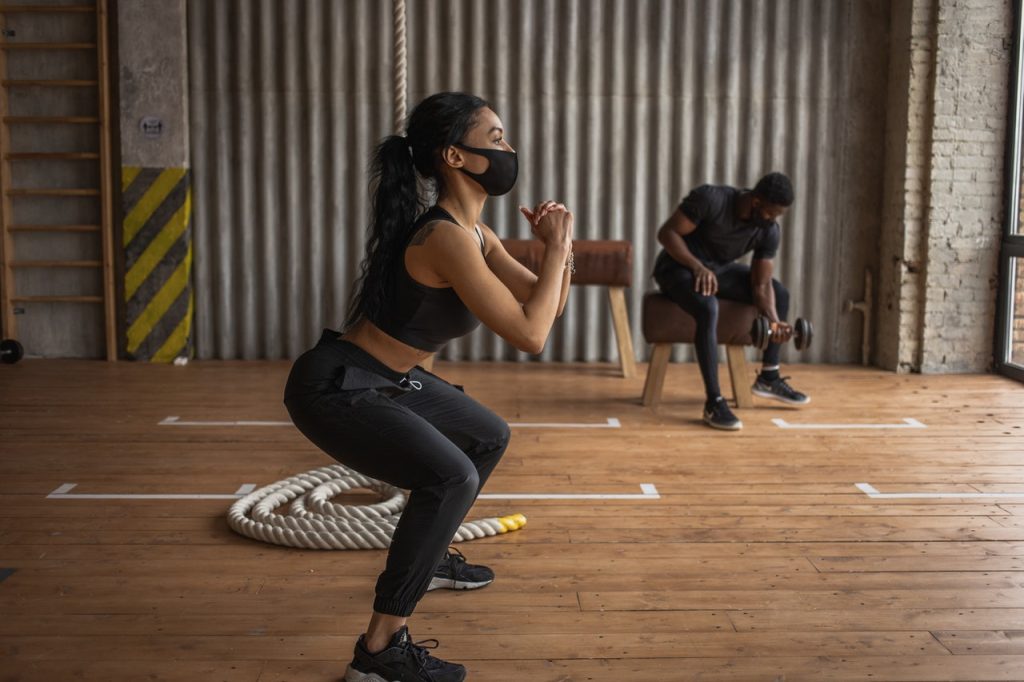 Gym-goers need to prove they are fully vaccinated before entering gym and personal fitness facilities in the county. (Pexels photo)

“Provincial offences officers from across government are joining local bylaw enforcement officers to visit restaurants, recreational facilities, and other businesses or organizations where patrons will be required to provide proof of vaccination before entry,” Harry Godfrey, press secretary for labour minister Monte McNaughton, stated in an email to the Advertiser.

“Officers will be taking an education-first approach to enforcement.”

Wellington-Dufferin-Guelph Public Health (WDGPH) will be responding to “complaints with respect to vaccine requirements at inspected facilities,” spokesperson Danny Williamson stated in an email.

The AGCO will be tasked with complaints coming from bars, nightclubs and casinos.

WDGPH has fielded nine complaints as of Oct. 1, none of which resulted in fines from public health, according to Williamson.

Food premises have accounted for six complaints, with two gyms and an indoor playground also being reported.

Williamson said the gym complaints were referred to Wellington OPP and the playground complaint to a bylaw officer.

Rockefeller, with Wellington OPP, said she was “not aware of any incidents involving gyms” and proof of vaccination requirements.

In the future, if an enforcement route is chosen, individuals could be hit with a $750 ticket or be charged and incur a larger penalty of $100,000 for not complying with laws under the province’s reopening act.

Businesses flouting the law could be faced with a $1,000 fine or deal with a penalty ranging upwards of $10 million.